How is the Trump Administration Responding to the Zero-Tolerance Approach Aftermath?

The zero-tolerance immigration policy of the Trump Administration, the policy of criminally prosecuting every person who illegally crosses the border, has created an enormous number of both logistic and moral problems in its application.

Perhaps the most notable of the issues, and certainly the most publicized, is the separation of children from their parents when they are apprehended. This was due to the conflict between the Trump administration’s zero tolerance policy and a settlement known as the Flores settlement that the government was required to enter after widespread mistreatment of detained illegal immigrant children came to light in the late 90’s

We’ve discussed this separation a few times already and the media coverage, especially the disturbing videos of children crying as they are torn from their families, has been substantial. In recent weeks the Trump Administration has been scrambling to clean up the mess they have created.

This has been done, in part, through an executive order from President Trump ostensibly ending the separation of children from their parents while still maintaining a 100% prosecution rate. However, the actual order has very little on how they could practically accomplish that under the current legal paradigm and-from a practical standpoint-accomplished essentially nothing by itself.

This means that there was a lot of cleanup left from the individual agencies and judicial system to deal with the fallout from the zero tolerance policy. In the past several weeks, even in the last four or five days, this has been an ongoing struggle that has been unfolding with developments on both these fronts. Let’s a take a look at the developing situation in terms of the approach of agencies and the recent court rulings requiring the government to reunite the separated families. 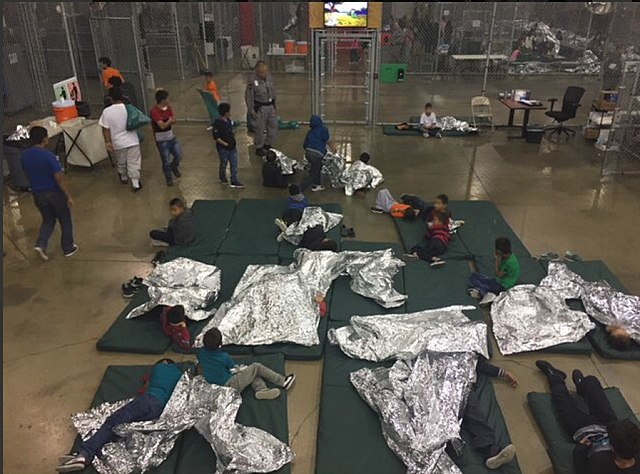 Action from U.S. Customs and Other Elements of the Trump Administration

Over the last few weeks, due partially to the conflicts between the executive order and the zero tolerance policy, U.S. Customs has issued a statement that they will be temporarily suspending prosecutions of adults who cross the border with children.

This isn’t a permanent solution by any means. In fact, the administration has been pretty clear that they are firmly committed to returning to the zero tolerance policy.

For the time being, U.S. Customs will be returning to the policy of releasing people they catch without criminal backgrounds on the other side of the border. A practice they followed during the Obama presidency and several other periods in the past.

However, the White House press secretary has issued a statement saying that there is no official change in the zero-tolerance policy. She blamed the change on lack of resources to pursue that many legal proceedings and detain these families. This is a large part of why past administrations have shied away the idea of a 100% criminal prosecution rate.

There seems to be some confusion as to the current policy within the Trump administration however, as Attorney General Jeff Sessions has issued recent statements that the zero-tolerance policy will continue as before.

At a minimum, the policy change U.S. Customs mentioned has taken effect on a practical level for now. This may be in large part because U.S. immigration authorities have their hands quite full trying to follow the deadlines of a recent court ruling.

The ruling in question, made at the end of June, saw District Judge Dana Sabraw requiring all children to be reunited with their parents within a month’s time. Specifically, the order required all children currently detained under the age of 5 to be reunited with their families within 14 days (a deadline coming up this very week) and the rest of the children reunited by July 26th. The ruling also required all these children to have been put in phone contact with their parents within 10 days of the June 26th order.

Judge Sabraw, an appointee of former President George W. Bush, also added an injunction barring the government from separating families in the future unless the parent wants the separation or is deemed unfit. In discussing the current situation, the Judge wrote:

“The government readily keeps track of personal property of detainees in criminal and immigration proceedings…Money, important documents, and automobiles, to name a few, are routinely catalogued, stored, tracked and produced upon a detainee’s release, at all levels – state and federal, citizen and alien. Yet, the government has no system in place to keep track of, provide effective communication with, and promptly produce alien children. The unfortunate reality is that under the present system migrant children are not accounted for with the same efficiency and accuracy as property. Certainly, that cannot satisfy the requirements of due process.”

The order has apparently left the Department of Health and Human Services, the Department in charge of the care of these detained children, scrambling to meet the deadlines associated with the order. They initially had quoted around 2,000 children still in custody, but now they are saying that they will have to reunite around 3,000 kids with their family.

Unfortunately, they have apparently been having difficulty figuring out who are the parents of a given child. This is something you’d think there’d be documentation of but apparently it is quite the task to link children to the parents they were taken from.

There is a certain admirable element in the commitment of the Department to ensure they are not giving these children to the wrong person, although since they were responsible for the initial separation the lack of clear records is bit of a headscratcher.

Regardless, this apparent difficulty has, over the last week or so, led the Department to petition the court to extend the initial deadlines. The order includes children taken into custody and separated from parents before the zero-tolerance policy went into effect.

This, according to the Department, brings the number of children to be reunited to nearly four times their original number–around 11,800 minors. The individual work to ensure they go back to their actual parents is time consuming, but wasn’t enough to convince the judge on the case to extend the deadline.

The original request was a blanket extension, with a deadline date to be set at a later time.  The judge gave a hard pass on this idea but didn’t give the government absolutely nothing. As of just last Friday, the judge ordered the government to share a list of the 101 children under 5 years old with the ACLU (the other side of the suit that led to the reunions) so that they could work together to determine which cases actually need a delay in order to ensure the children are placed safely. To give an idea of how up to the moment this issue is, the hearing on these delays-this Monday.

What Will Happen with U.S. Immigration Going Forward?

The Trump administration is a bit on the confused side at the moment when it comes to how they will treat this issue moving forward. They’re calling very loudly for Congressional movement on the Flores settlement and immigration in general. There is also some movement in the courts on the settlement.  However, any movement on either of these fronts is still very much in flux.

As for the case with Judge Sabraw, the judge has been very hardline on keeping the government on these deadlines.  At a minimum, the judge stated that the government would need a clearer reason if they want a deadline extension. As it is, the government has already matched most of the children below 5 currently imprisoned.

There are reportedly only 16 children left to be matched at this point. For now, the zero tolerance policy is continuing to make a mess while the Trump administration struggles to fix the mess that’s already there.

There’s no question this is something that will have to keep developing over the next month or two. As long as this ruling, and the Flores settlement, stand there’s almost no question that zero tolerance simply cannot function as President Trump desires.

Previous
« Justice Thomas Questions Why Federal District Courts Can Halt an Executive Order
Next
Who is Liable After a Child Fires a Gun Inside an IKEA? »