Should It Be Illegal to Aid and Abet Undocumented Migrants?

Scott Warren, an Arizona Immigration Activist, was recently charged with harboring two illegal immigrants as part of a conspiracy to transport and “shield” them from Border Patrol. Warren was arrested by U.S. Border Patrol in January 2018 near Ajo, Arizona after the Patrol found two migrants hiding in a building.

In 2017, former Attorney General Jeff Sessions instructed prosecutors to prioritize cases involving harboring migrants. Prosecutors claim that Warren and his group had picked up the migrants at a nearby town and then drove them to the barn that the Patrol had the beginning of 2018.

Warren faces three felony charges for transporting, harboring, and aiding and abetting the men in a case that could set precedent over whether U.S. citizens can aid those crossing the border illegally. The prosecution is seeking the maximum sentence for all three counts, 20 years in prison. Before the current administration, such cases were typically dismissed by the prosecutor or the court.

Warren denies he is guilty and claims he only gave the men food, water, and shelter. Warren is a volunteer for “No More Deaths,” a group that provides water, food, and medical aid to migrants crossing Arizona’s deserts. His attorney claims the arrest was political retaliation after No More Deaths published a video showing Border Patrol agents destroying water supplies it left for migrants. 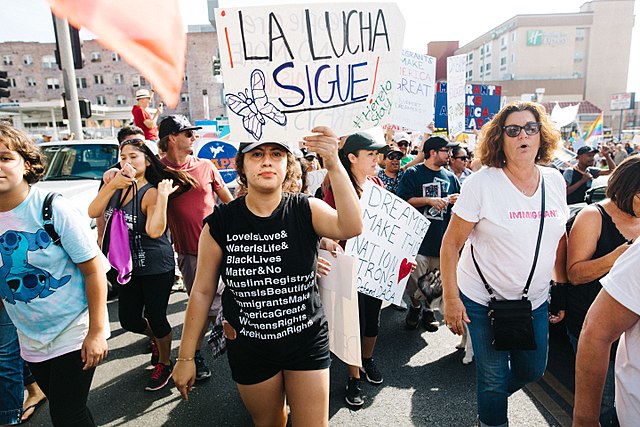 What are the Legal Consequences of Helping Undocumented Migrants?

The most questionable part of this prosecution is that the maximum possible sentence appears grossly disproportional to the crime that the government is prosecuting. One of the rules of thumb regarding justice is that the punishment should fit the crime.

The Supreme Court has imposed a 10:1 ratio on punitive damages and limited capital punishment to murder cases because the law believes that the punishment should fit the crime. 20 years in prison seems extremely harsh given that the underlying crime that Warren is accused of aiding and abetting is actually much lighter than the political rhetoric against illegal immigration.

First time illegal entry into the country is only a misdemeanor. The penalties for hiring an illegal immigrant are mostly fines. Even employers who repeatedly hire illegal immigrants only face half a year in prison, though they can lose any business licenses they may have.

Sending a man to prison for twenty years for providing illegal immigrants food and shelter is extremely steep when the employers only face a few fines. The law seems more concerned with Americans who treat immigrants like human beings than with the businesses that encourage them to come into the country in the first place.

These due process protections are important in criminal law in part to ensure that the government has accused the right men. Sentencing Warren to 20 years in prison for aiding migrants trying to avoid a civil penalty also seems harsh and disproportional for the crime he allegedly committed.

What are the Moral Consequences of Helping Undocumented Migrants?

The political outcome would also be immense. If people believe that giving humanitarian aid is being criminalized, it will not stop illegal immigration. Instead, it would only harden the hearts of those who believe immigrant is a humanitarian rather than a national security issue.

Indeed, many people were willing to shelter slaves fleeing the South or those trapped in Nazi Germany. The political regimes may or may not survive, but the parallels of “sheltering” people whose only crime is being in a certain area of Earth is frighteningly close.

As mentioned above, the current policies seem less interested in preventing or discouraging illegal immigration than it does in capture and cruelty. Moreover, the system encourages Americans to ignore the suffering of others solely because they may be illegal immigrants.

There is no way to tell who is here legally and who isn’t before refusing a person food or water, if immigration status and not skin color is being criminalized. If these kinds of laws discourage Americans from helping their fellow man, then those laws are unjust. Prosecuting illegal immigrants should not come at the expense of our nation’s moral character.