The Save Chick-fil-A Law Does Not Work as Advertised

Texas’s new “Save Chick-fil-A” Bill is among the most useless bills passed in 2019. Governor Greg Abbott signed the controversial bill into law earlier this month. Proponents claim it would provide greater religious protections after the San Antonio City Council approved a concessions contract for the San Antonio Airport on the condition that Chick-fil-A be excluded. Opponents argue that the bill would allow discrimination against the LGBTQ community in the state.

Legislative debate regarding the bill was rather heated. The draft bill initially died in the Texas House of Representatives when Rep. Julie Johnson used a parliamentary action to delay the vote. The bill was later amended to remove language that would have allowed the Texas attorney general to bring action against any government entity or employee that refused to comply with the bill, though the state attorney general has already promised to investigate the City of San Antonio for its airport vote.

However, both sides are mistaken about the law’s impact. The wording of the new law makes it useless for either religious protection or discrimination against the homosexual and queer community. 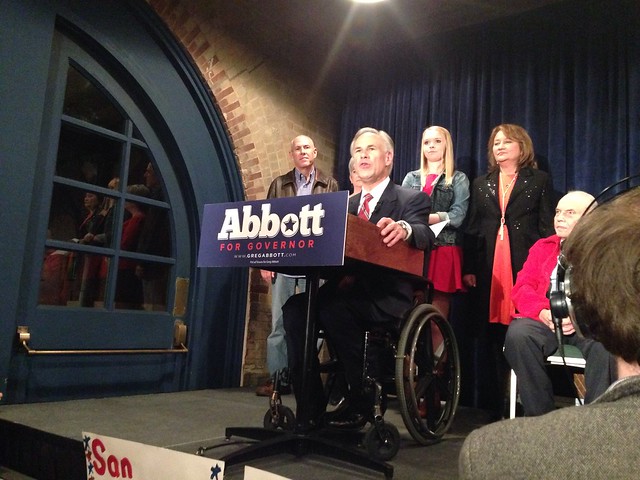 The New Law Cannot Save Chick-Fil-A

Chick-fil-A’s donations are controversial because they went to lobbying groups, not churches, schools, or charities.The most controversial organizations that Chick-Fil-A has donated to are: Pennsylvania Family Institute (PFI), Exodus International, Family Research Council (FRC), and the Fellowship of Christian Athletes. The PFI and the FRC are primarily non-profit lobbying organizations and only work with religion as part of their lobbying practices.

Exodus International was a non-profit that focused on gay conversion therapy. It might have qualified as a “school,” but its practices are now deemed illegal in several states and the organization itself shut down after its President renounced conversion therapy.

The Fellowship is arguably a sports association rather than a religious one, especially since Texas law requires that the organization’s “primary purpose or function” be religious. If the City of San Antonio banned Chick-Fil-A for donating to these organizations, it’s arguable that the new law wouldn’t prevent or punish San Antonio from doing so.

The Difference Between Public and Private Discrimination

The “Save Chick-fil-A” law would not directly discriminate against the LGBTQ community. It does not segregate, punish, prohibit, or discourage sexual relations that religious groups might consider outside the “norm.”On its face, the law does not even mention sexual orientation.

The anger over these kinds of religious protection laws is that it prohibits local governments from protecting or helping those with non-heterosexual sexual orientation. Private citizens are free to discriminate against one another based on sexual orientation provided that no government is involved.

American history is full of such examples: The Supreme Court ruled prior to the Civil War that Northern states had to allow slave catchers to capture slaves in their borders, the federal government forcing the South to desegregate, and the Court overturning parts of the Civil Rights Act that discriminate against states for attempting to change their voting rights laws.

However, there is one critical difference with protections for gay rights and the civil rights era protections. Americans today are far more supportive of gay rights than they were of racial minorities in the 1960s. When North Carolina announced its transgender ban bathroom bill, companies like Pepsi, PayPal, and Lionsgate were quick to cancel their contracts or pull their business with the state. Indeed, consumer threats to boycott Chick-fil-A sparked the current controversy in the first place. It was only when government officials began participating in such political action that states like Texas and North Carolinaresponded.

The LGBTQ community has won the hearts and minds of America. Instead of ham-fisted actions like the ones that San Antonio pulled, gay rights activities should continue this battle in the private sector rather than using local level legislature. Although local governments might not be able to protect the LGBTQ community with laws like these enacted, their advantages are bigger than mere laws.

Previous
« Should It Be Illegal to Aid and Abet Undocumented Migrants?
Next
Employers Prohibited From Using Marijuana Tests in Nevada  »