Beginning in 2020, Nevada will be the first state to ban employers from using marijuana tests to reject a job applicant. Governor Sisolak signed AB132 into law on June 5, 2019. This law marks the latest law in Nevada’s legalization of marijuana use. In 2016, voters approved an initiative for the legal sale of recreational marijuana to adults age 21 and older. Sales for recreational marijuana in Nevada began in 2017.

The new law does not apply to certain jobs. Firefighters, EMTs, and employees who operate a motor vehicle can still be rejected from a job because they tested positive for marijuana. The new law also exempts positions that could “adversely affect the safety of others.”

This last line will likely generate a significant amount of debate, as the new law leaves it up to the employer to determine which position may adversely impact safety. Indeed, it is unclear whether the law is concerned about the safety of other employees and/or the safety of customers. However, if an employer requires a new hire to undergo a test, the employee may request an additional screening to rebut the employer mandated test.

New York City passed a similar law earlier this April. Employers in NYC are prohibited from requiring a marijuana test prior to accepting employment. Maine forbids employers from discriminating based on marijuana usage, but there are no laws banning marijuana testing in the state. 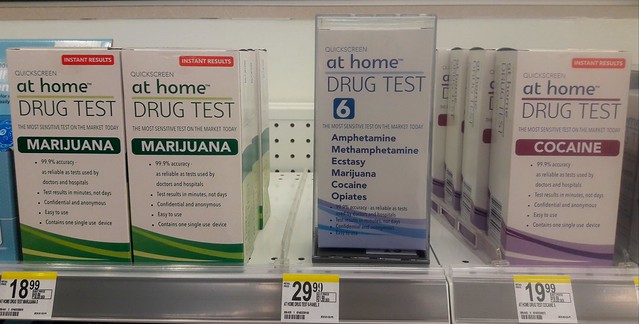 What If I Live in a State That Still Permits Employers to Use Marijuana Tests?

Since Nevada is the first state to prohibit the use of drug tests for marijuana, employers are free to test for marijuana usage everywhere else in the country. Typically, an employee’s best defense is to demand a second test to challenge a potential false-positive test. The employee may be expected to pay the costs for a second test.

Some employees have challenged the tests as a violation of the Americans with Disabilities Act (ADA). Arizona, California, Montana, and Vermont, among many other states, have legalized marijuana for medical purposes. Terminating an employee for using a medical treatment is arguably a violation of the ADA, as federal law requires employers provide reasonable accommodations to disabled employees.

However, an ADA claim is unlikely to proceed very far. Federal courts, even the Ninth Circuit, have refused to exempt employees from marijuana testing as an ADA accommodation while the usage of marijuana remains a federal crime.

Even state courts have avoided protecting employees from drug tests. For instance, California courts have ruled that the state’s medical marijuana protections only apply to criminal prosecutions and do not cover workplace accommodations. However, the threat of litigation may compel employers to offer alternatives to termination.

Although most jurisdictions (aside from Nevada and Maine) will not outright prohibit marijuana testing in the workplace, many states will offer certain procedural protections. For instance, drug testing cannot be conducted based on gender, race, or religion. Many states will require that the employer provide justification as to why and when testing is necessary.

Some states may require that testing only be done when an employment offer is made and not before the actual hiring decision. Vermont and Minnesota require that employers give employees the chance to complete a drug rehabilitation program before moving to terminate an employee for a drug offense.

Will Other States Follow Nevada’s Lead on Drug Testing Employees?

As mentioned already, there are only two other jurisdictions that have even remotely similar protections that Nevada now offers. Of course, such protections may not be necessary at all if marijuana is decriminalized at the federal level. The current labyrinth of state marijuana laws only exists because Congress and the DEA refuse to change current policy. If federal policy towards marijuana were to change, ADA accommodations for medical marijuana use may become more common.

However, the current battlegrounds suggest that other states may follow Nevada’s footsteps. It makes little sense for California or Alaska to make recreational marijuana legal only to deny users employment on the basis that they may be high. Moreover, drug tests are often an unnecessary invasion of privacy.

Employees have the right to live their own lives when they are not on the clock. Although marijuana may linger in the system even when an employee is at work, marijuana usage is only relevant if it affects an employee’s performance. However, if an employee is performing poorly because they are abusing substances, then the employee can terminate employment because of poor performance rather than drug usage.