Alabama Mandates Terminating Parental Rights of Those Convicted of Rape

Alabama became the 49th state to pass a law terminating parental rights for a person found to have caused a pregnancy by rape or incest. “Jessi’s Law,” scheduled to take effect on September 1, 2019, would mandate that judges eliminate the parental rights of offenders who conceive children through first-degree rape.

The law’s passage comes after Gov. Ivey signed the nation’s strictest abortion ban into law, though the Governor denies he passed Jessi’s law because of the lack of exceptions for pregnancies as a result of rape or incest.

Opponents argue that the new law does not go far enough. Rape is one of the least reported crimes in the nation, especially when the rapist is a family member. In one case, a woman named Jessica was impregnated four times during her teenage years while being allegedly raped by her uncle.

After Jessica’s uncle was released from prison after serving his sentence for a drug conviction, he sued Jessica for visitation rights to see his children in Alabama state court and won. Jessica was forced to either face the man who “continually raped her” or spend 48 hours in jail for each denied visit. Although Jessi’s Law is well meaning, it would not automatically stop the visitations because her uncle was never convicted of raping her.

Instead, opponents advocate a “clear and convincing evidence” standard that would allow state family courts to immediately suspend any legal or physical custody if a child was conceived by rape.

However, Jessi’s Law was originally written to terminate the parental rights of those convicted of raping their own children. The extension to include any convicted rapist, regardless of family relations, was only added after significant lobbying. 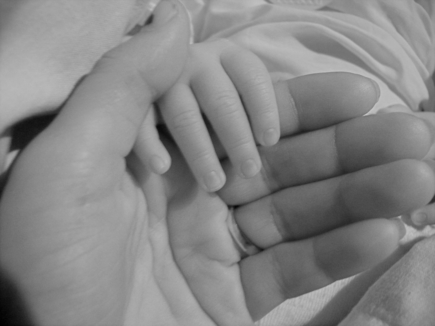 Should Children Be Denied Access to a Parent If the Child Was Conceived Through Rape?

Although it is demeaning and heartbreaking that a woman should be forced to be civil with a man who raped her, the focus of parental laws is not on the parents. Instead, the child’s best interests should be the first and primary concern of our family laws.

Jessi’s Law and other well-meaning laws should examine whether it is healthy for the child to be around his or her father rather than whether the mother should be forced to share a parental relationship with the rapist.

Fortunately, in most cases rapists will rarely meet even the most minimum standards to be any kind of father-figure. If the father was willing to rape a woman, never mind a minor and/or a family member, courts can justifiably assume that the father may harm the child in some fashion. Indeed, many states will restrict the parental rights of those convicted of manslaughter, driving under the influence, or distributing illegal substances. It is not a big stretch to imagine that a father convicted of a serious felony such as rape would also pose a danger to his or her child.

Of course, there may be (very) rare instances where the presumption of unfitness because of a rape conviction should only be a presumption. Society often shortens or releases the sentences of those convicted because of good behavior and demonstrated regret. In those circumstances, the convicted has “done their time” and we also expect that some of their rights may be restored.

This isn’t to say that states should restore parental rights after a rapist has done his time. As stated said earlier, the most important factor in family law is the child’s best interests. If it would be in the child’s best interests to have a relationship with his or her father, and if the father has repented such that he is no longer a danger to the child, then the law should permit the father-rapist to see his or her child.

Again, family law is not about the parents; it is about ensuring that the child has the best future he or she possibly can. If maintain such interests means permitting the child to see the man who forced the mother to conceive him or her, then so be it. Of course, such cases will likely be extremely rare as it’s rarely mentally healthy to know that one was conceived by rape.

Women’s rights advocates may recoil in horror at the notion that these kinds of cases would ever arise. Many would point out, correctly, that inflicting further psychological torment on the mother and the child’s primary guardian is not a good idea. However, courts should have the discretion to weight whether restoring parental or visitation rights would benefit the child more than it would harm the mother.

This isn’t to say that we shouldn’t value women as people onto themselves, but in order for the child’s best interests standard to remain the family law gold standard, it must enforced, even if it means sacrificing the interests of others. Terminating parental rights automatically because of a criminal conviction would be a potential violation of the child’s best interests standard. Jessi’s Law and others like it should be amended to give judges more discretion.