The popular fast food business Chick-Fil-A is back in the limelight. In 2012, Chick-Fil-A Chief Operating Officer Dan T. Cathy made public statements against same-sex marriage. Chick-Fil-A lost a lot of business as a result, though it also gained support of prominent Republicans.

Chick-Fil-A is privately owned by the Cathy Family, a Southern Baptist family. The company’s culture reflects the religious views of its owners, most notably by closing all its stores every Sunday.

The San Antonio City Council voted 6-4 vote to exclude Chick-Fil-A from a concession agreement with San Antonio International Airport in part due to the company’s donations to anti-same-sex marriage organizations. San Antonio Mayor Ron Nirenberg disagreed with the reasoning, but supported the exclusion based on the city’s lost revenue from Chick-Fil-A’s Sunday closures.

Prominent Texas State officials were quick to condemn San Antonio for its policy. Texas Gov. Greg Abbott and Texas Senator Ted Cruz called the policy discriminatory towards Christians.  Texas Attorney General Ken Paxton wrote to San Antonio’s Mayor and city council that his office would be investigating to determine whether the exclusion violated any state laws. 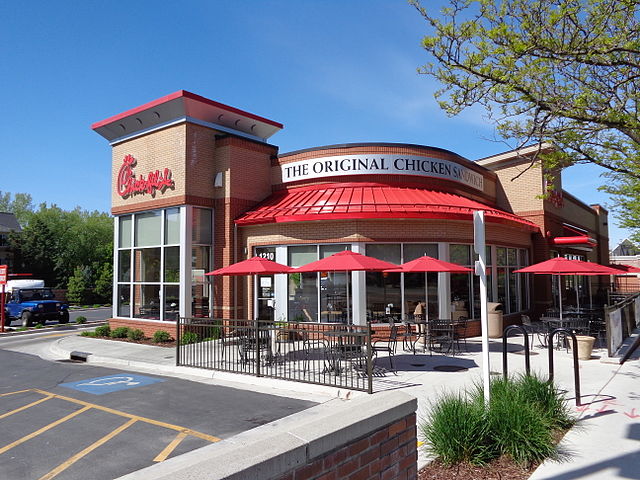 The most relevant factor is that Chick-Fil-A is a privately owned company. The duty to treat everyone equally rests most strongly on government actors. Although it would be inappropriate for San Antonio or Texas to discriminate based on sexual orientation, private citizens have no such constitutional responsibility to treat everyone the same.

Instead, bans on private discrimination come from local or state laws. However, discrimination protection can only restrict conduct. Unlike the government, private citizens have a right to free speech and free expression.

It is unclear how Chick-Fil-A has committed a discriminatory conduct that warrants San Antonio’s exclusion of the company. The company hires LGBT employees and serves LGBT customers. There are no allegations that it treats its LGBT employees or customers differently than anyone else. The City is not claiming that Chick-Fil-A pays its gay employees less or that it bans lesbians from its stores.

The disagreement appears to be over the fact that Chick-Fil-A donates some of its profits to organizations that seek to overturn same-sex marriage. Although same-sex marriage is legal, Americans still have the right to oppose it.

To be sure, Americans who still oppose same-sex marriage are delusional if they think they will actually succeed in overturning a now popular Supreme Court ruling. However, same-sex marriage opponents still have the right to vent their frustrations and to try to change the law, even if their chances of success are lower than the return of Elvis.

Does Religious Accommodation Apply to Chick-Fil-A?

Mayor Nirenberg has a more compelling reason for giving Chick-Fil-A the boot from the city’s airport, though the Mayor’s arguments suffer from a fatal flaw. Mayor Nirenberg claims that he supported Chick-Fil-A’s exclusion because their practice of closing on Sundays would deprive the city of revenue that it would otherwise have if the contract were awarded to another company.

Apprehension for the city’s bottom line is a more valid reason to award the contract to another company than disapproval of how Chick-Fil-A spends its profits. The issue though is that the Constitution prohibits the restriction of the free exercise of religion. Ceasing work on Sunday is a well-known religious practice of most Christian dominations.

During Superbowl Sundays at the Atlanta Mercedes-Benz Stadium, Chick-Fil-A allows other vendors to use its space while it’s closed. If San Antonio is concerned about lost profits on Sundays, the law may require that it work out an acceptable accommodation with Chick-Fil-A before the City completely shuts its airports to the company.

However, there is one long-term concern about extending a company’s religious rights. Opening the floodgates of religious exemptions for businesses may also open the door for all kinds of bizarre exemptions. Individual worshippers have asked for the right to come to work late, smoke peyote, or even eat vegan while in prison.

Religious accommodations for individual persons are often unusual and unpredictable. A corporation with religious rights might ask to opt out of environmental laws or tax laws on the basis of its “faith” even though it’s not clear if the owners are on the same page about their religious beliefs.

Although the “closely-held family company” category is helpful in keeping business religious rights in a reasonable range, extending the precedent is potentially dangerous to the rule of law.

Still though, Chick-Fil-A meets the same criteria as In-N-Out and Hobby Lobby in being a small family owned company with clear religious and sincere beliefs. There is no reason why San Antonio cannot work with Chick-Fil-A to find a contract that works for both of them.