Abuses of the Prison-Industrial Complex Spreads to the Border

Secretary of Homeland Security Kirstjen Nielsen testified before the House of Representatives on March 6. Secretary Nielsen was grilled regarding her Department’s former policy to separate migrant children from their families and the children’s placement into detention facilities in Texas and other states.

Secretary Nielsen justified the policy on the grounds that the border was in a crisis and an emergency. Ms. Nielsen testified she did not know the exact number of children in her custody and that many of the girls were being tested for pregnancy. Disturbingly, Secretary Nielsen continued the administration’s arguments about whether enclosures made of chain links containing human beings could be considered cages.

Although House Democrats covered a lot of ground with Secretary Nielsen during the hearing, they did miss one critical concern. Joe Corley Detention Facility and similar facilities holding immigrants are privately owned. GEO Group, the nation’s largest private prison company, is being paid $32 million year by ICE and the U.S. Marshals Service to hold thousands of detainees.

The federal government’s use of GEO Group to hold migrants is alarming. Standard government contracts with GEO Group and other prison-industrial complex often include per bed quotas – the government must provide the specified number of detainees or suffer potential contractual penalties, including a breach of contract suit.

GEO Group donated $475,000 to the Trump campaign during the 2016 elections. GEO Group was awarded a $10 million dollar contract for an immigration detention center shortly after Trump took office and reversed the Obama Administration’s decision to reduce the number of private prisons the federal government used. 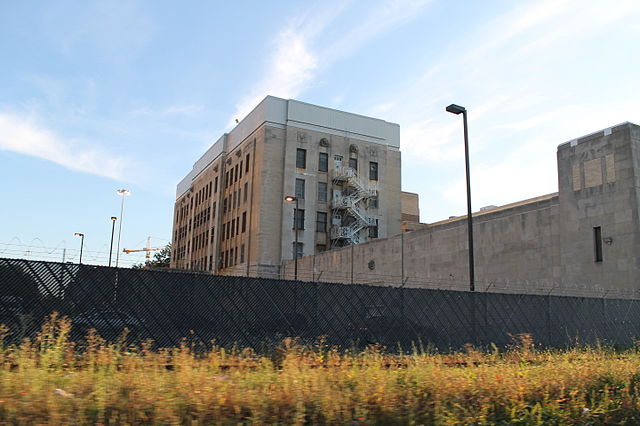 Profiting from the confinement of migrant children is one of the worst abuses of the private prison industry, but it is far from the only one. In the “cash for kids” scandal of 2009, two Pennsylvania state judges pleaded guilty to accepting kickbacks and bribes in exchange for sentencing children to private juvenile detention centers.

The corrupt judges justified the practice on the grounds that the children they profited from deserved to be punished. This reasoning is abominable in that disregards proportionality between the crime and the sentence (i.e. “the punishment should fit the crime”) and ignores the fact that the judges were making extra money when they were explicitly prohibited by state law from doing so.

The “cash for kids” scandal is not the only corruption scandal that the prison-industrial complex has suffered. Former Mississippi Corrections Commissioner Christopher Epps was sentenced to twenty years in 2017 for receiving over a million dollars in bribes from private prisons competing for state contracts. Former state legislator Cecil McCrory was also sentenced to eight years in prison for accepting bribes from private prisons.

In addition, private prisons and other private detention facilities are inferior to government run holding centers in many respects. They are more expensive than their government counterparts: $48.42 per inmate for public prisons compared to the $53.02per inmate of private prisons. Security is also an issue –riots, fights, and escapes are persistent issues in private prisons.

Moreover, closing or even reducing private prisons is difficult. Most contracts between prison companies and federal or state governments require that the government fill a certain quota of prisoners or the prisons can seek contractual damages. By law, governments are required to put a certain number of people in prison or pay penalties to these multi-billion companies.

Everyone Needs an Attorney, Especially Children in the Prison System

The systematic failures of the prison-industrial complex are compounded by the lack of attorney advocacy. Before the “cash for kids” scandal, Pennsylvania did not require legal representation in juvenile delinquency proceedings.

Similar issues with legal representation exist with the migrant children camps. If a child is proven to be from another country, they would lose the constitutional right to an appointed attorney. Moreover, immigration law is generally considered an area of civil law – even American citizens are not appointed an attorney in civil law disputes.

At the same time, the mere government act of holding an individual against their will, regardless of citizenship status, requires judicial oversight. However, Habeas Corpus claims are complex and will require an experienced attorney.

Like the “cash for kids” ex-judges, the current administration justifies its actions on the basis that the children somehow deserve their punishments. Again, such arguments are draconian in that placing children in detention centers ignore principles ofproportionality. First-time illegal entry into the United States is considered a misdemeanor and is punishable by a fine.

The administration’s arguments that infants and toddlers are somehow a threat to our national security is laughable. Furthermore, they are a bad faith effort to mask allegations that government officials are improperly, immorally, and illegally being paid to exploit children.

Privatization opens the door for unthinkable corruption like “cash for kids” and unspeakable horrors like the migrant children camps. They specifically target people in areas of the law who either don’t have the resources to fight back. The migrant children camps are the second time in the last decade that the prison-industrial complex has sought to profit from the misery of children.

Any alleged crimes the children have committed are dwarfed by the corruption and human rights abuses that the prison-industrial complex is promoting within the United States. We do not need to privatize every function of the government. There are government responsibilities that should remain government run. Law and order is one of those responsibilities.

Previous
« Do I Need to Split My Lottery Winnings with My Ex-Spouse?
Next
Chick-Fil-A Exclusion from San Antonio Airport Renews Controversy »