Marlin Jackson has filed suit against Delta and Ronald Mundy Jr. after the latterâ€™s emotional support dog allegedly mauled Jacksonâ€™s face in June 2017. Mr. Jackson was seated in a window seat of his flight while Mundy and the dog were in the middle seat next to him. The plane was scheduled to travel from Atlanta to San Diego.

Mundyâ€™s dog was sitting in his lap and was growling at Jackson. The lawsuit claims that Jackson asked Mundy Jr. twice if the dog was safe. Mundy Jr. assured him both times that his emotional support dog was safe. The dog allegedly lunged at Jackson without warning, pinning him against the window and biting his face multiple times.

The allegedly attacked scarring Jacksonâ€™s face and left Jackson bleeding â€œso profusely that the entire row of seats had to be removed from the airplane.â€ The attack was interrupted when the dog was pulled off Jackson, but the animal broke free and attacked Jacksonâ€™s face again. Jackson claims that Delta was negligent in verifying whether the dog was trained or met the requirements of a service animal prior to letting it on board.

Jackson is suing for severe physical pain and emotional distress and to recover the substantial medical bills he has incurred for his twenty-eight facial stitches. He may require plastic surgery in the future, though he is currently using a cream to heal the scars.

Jackson waited two years to bring suit because his attorneys wanted to know what his full medical bills would be before filing his complaint. The statute of limitations for negligence in Georgia is two years. 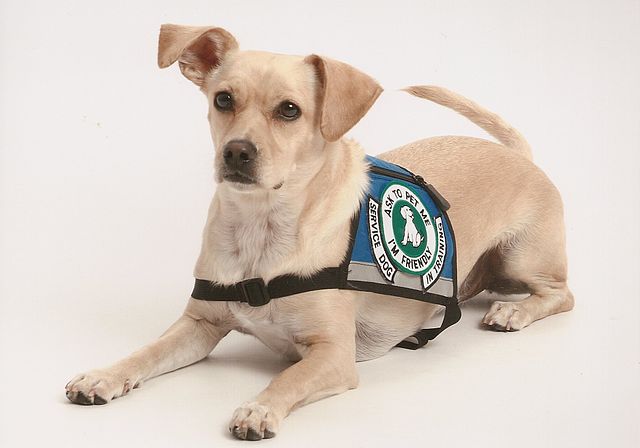 How to Legally Have an Emotional Support Animal

Both the owner and the dog must be qualified before the owner can legally claim to have an emotional support dog. The owner must be an active patient of a licensed mental health professional and the mental health professional must verify in writing that the owner has a recognized mental or emotional disorder, that the ownerâ€™s life is limited by the disorder, and that the emotional support animal is a form of necessary treatment. Such disabilities may include post-traumatic stress order, so veterans are common support dog owners.

The requirements for support dogs are much looser. Support dogs can be any breed or age. Unlike service dogs, support dogs do not require special training as their purpose is emotional support rather than to act as a guide or an aide.

What Accommodations are Available for Support Animals?

Emotional support animals can qualify as a disability accommodation. As a result, support animals are legally exempt from many rules or regulations that forbid pets provided that the owner can establish that he or she is disabled and the support animal is necessary for him or her to travel.

However, accommodations must be reasonable and cannot impose an undue hardship on those making the accommodation. The request should be in writing and should detail how the emotional support animal will support you. The owner is responsible for taking care of the support animal, including feeding and cleaning after it.

The support animal cannot disrupt the airline, though reasonable compromises are expected. For instance, if other customers are allergic to dogs, other solutions should be considered before travel is denied. Alternative solutions could include separate seating for the owner and animal away from the allergic passengers.

After Jacksonâ€™s attack, airlines changed their rules regarding support animals. Many airlines now require confirmation that support animals have taken their rabies and distemper vaccinations, confirmation that the animal has been trained and require the veterinarianâ€™s name and license number. The support animal need not be specifically trained to be a guide animal, but it must be behaviorally trained so that it obeys commands and doesnâ€™t create a mess on the plane. Airlines will demand documentation that all requirements are met.

Most airlines have banned the following animals: dirty animals or animals that smell, any animal with hooves or tusks, snakes, spiders, rodents, insects, reptiles, non-household animals such as birds of prey, and pit bulls.

Previous
« San Francisco Becomes First City to Ban Government Use of Facial Recognition Technology
Next
Should It Be Illegal to Aid and Abet Undocumented Migrants? »