FBI Deputy Director Andrew McCabe opened investigations into Trump after he fired then FBI Director James Comey in spring 2017. Trump had accused McCabe of conflicts of interest because McCabe’s wife had run for Virginia Senate as a Democrat. Andrew McCabe claims he had run his wife’s campaign past FBI lawyers and ethics officials.

McCabe was subsequently terminated with less than 24 hours before his FBI annuity would have been vested. A DOJ inspector claimed that McCabe “lacked candor” regarding a broader review of FBI activities during the 2016 elections. Prosecutors brought the matter to a federal grand jury in D.C., but prosecutors refused to state whether the grand jury had declined to charge McCabe, a rarity for any grand jury in America. The fact that McCabe has not been charged to date strongly indicates that the grand jury had not indicted McCabe on any charges.

McCabe filed a lawsuit against the Department of Justice for violating his First Amendment Rights by punishing him for his “perceived affiliation” with the Democratic Party and for violating his Fifth Amendment due process rights by terminating him with no time to review evidence against him. Discovery has yielded evidence that the Department of Justice was under pressure from the White House to fire McCabe and DOJ officials were “making things up as it went along.”

McCabe settled with the Department of Justice and received back pay and reinstate of his retirement benefits. The DOJ did not admit to any wrongdoing but acknowledged in the agreement that “the Parties agree that Executive Branch officials outside the Department of Justice and its components should not comment publicly on ongoing career civil service employee disciplinary matters … so as not to create any appearance of improper political influence.” 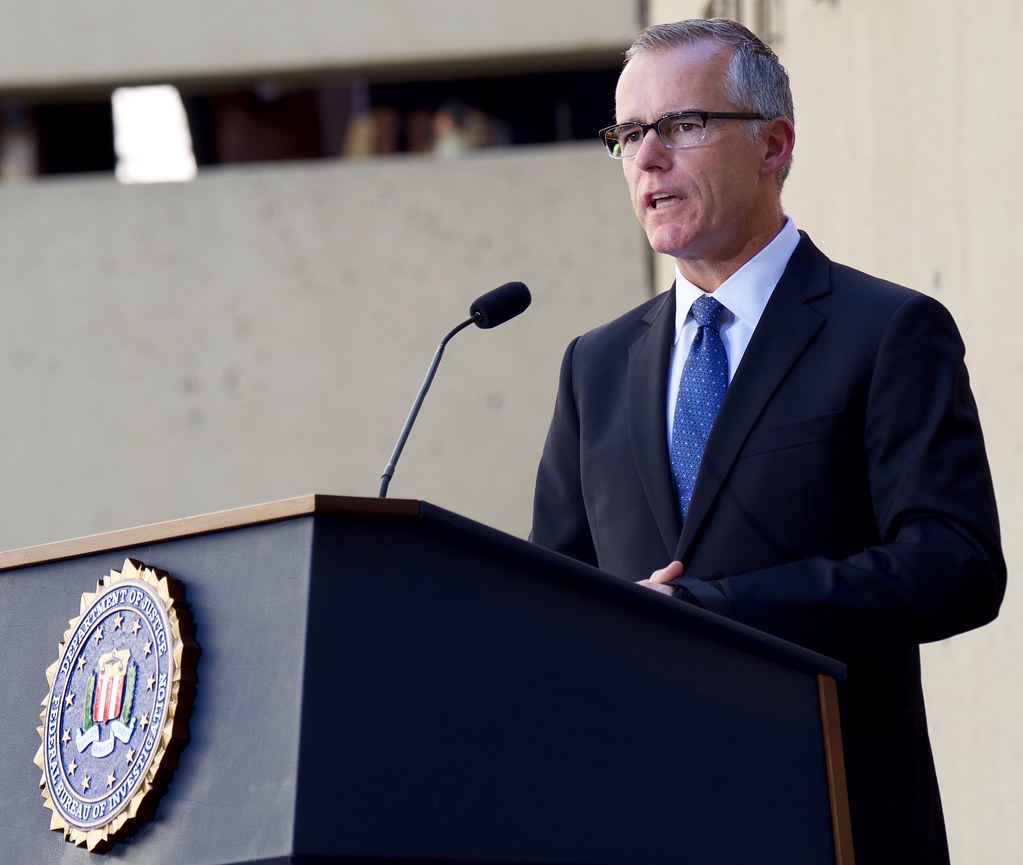 McCabe’s termination is arguably a clear case of retaliation by an employer. Retaliation when an employee seeks to enforce the law and the employer responds with adverse action. Retaliation is prohibited because it would chill, or discourage, employees from reporting rule violations and ultimately undermine the rule of law.

McCabe clearly suffered from adverse action taken against him. He was demoted and subsequently terminated within hours of his FBI retirement benefits being fully vested. The demotion and termination themselves are clearly adverse, but the timely of the termination was clearly calculated to promote the “chilling effect” that retaliation laws were designed to stop.

There is also overwhelming evidence that the other two issues for retaliation were met. McCabe had opened an investigation into the then-president for termination of Director James Comey. This investigation must be considered protected activity as it is necessary to curb corruption, even by the highest office in the federal government.

Causation is often the most difficult element to prove. McCabe’s attorneys indicated they had evidence that the DOJ was acting under pressure from the Trump Administration. If this fact had been firmly established, McCabe’s termination could certainly be considered a response to the investigation that McCabe had opened. The restatement of McCabe’s retirement benefits and back pay were necessary to restore even the appearance of law and order back to the Justice Department.

Do I Need an Attorney for Help with a Wrongful Termination Claim?

A skilled employment law attorney can explain your rights, as well as advise you of your best course of legal action. Additionally, they can help you file a civil suit if needed, and represent you in court as necessary.

Previous
« Colorado Amusement Park Sued After Child Falls to Her Death on Ride
Next
Could Alec Baldwin’s Prop Gun Firing Have Been Prevented? »