Who is Liable After a Child Fires a Gun Inside an IKEA? - Law Blog
We've helped over 5 million people
Get Started
Get Legal Help Now
< Back

Who is Liable After a Child Fires a Gun Inside an IKEA?

The IKEA located in Fishers, Indianapolis closed on June 25th at 2p.m. after a child found a gun and fired a shot inside the furniture store. Fishers’ police are still investigating the matter.

A customer sat down on a couch and his firearm fell out of his pocket, where it was lodged after he left. He continued to walk around the store without realizing his gun was gone. Kids sat down on the same couch and found the gun. One of them pulled the trigger and fired a shot. Although there was significant panic, no one was injured.

The IKEA closed until the scene was cleared at 4 p.m. and the store reopened for business. IKEA apologized to the family of the child involved, praised its employees for their response, and recited the company’s no-weapon policy as being paramount to the safety of its customers.

Fortunately, no one was injured by the incident. The only damages would be potential lost profits for IKEA in having to close the store while the police conducted an investigation. If someone had been injured though, who would have been liable? 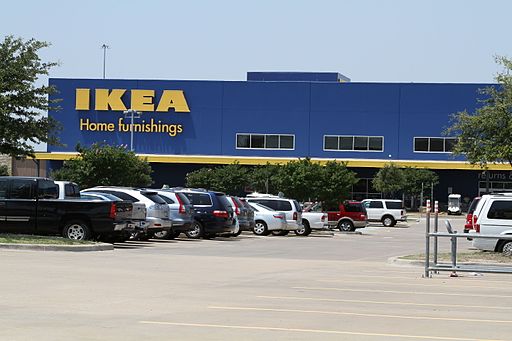 Could the Gun Owner Be Liable?

In order to be liable for negligence, a plaintiff must prove that the defendant had a duty to behavior in a certain manner, which the defendant breached the duty by failing to act or acted unreasonably, that the breach caused the injury, and that there was an injury.

Thankfully, there was no injury here, but that was probably due to luck. If there had been an injury, there would have been no dispute that the child would not have had access to the gun but for the gun owner’s carelessness. The primary issue then is whether it was reasonable for the owner to leave the area without first checking whether he still had his weapon.

People lose things all the time. Money, cell phones, and wallets are found in bus seats and sidewalks everywhere. If we judged the owner compared to any reasonable person on the street, he should not be liable for anything.

Arguably though, he should be held to a higher standard. Unlike cash or phones, guns are dangerous, even fatal. A court would ask whether a reasonable gun owner would have left his or her firearm in a couch. If the answer to that question is no, then the IKEA gun owner would have been responsible for any injuries that his weapon caused.

Indianastate law doesn’t impose civil liability for negligent storage. Indiana’s child access prevention laws make it a felony for an adult to knowingly or intentionally give a child a firearm, but that’s not the case here. The owner could still be liable for negligence if Indiana firearm training courses instruct students to check their guns before leaving an area or if there was similar evidence that a reasonable gun owner would not have been this careless.

Could IKEA Be Held Liable?

If the owner is aware, they should either fix it or warn others about it. For example, if there is a spill in a grocery store, the store would be expected to clean it or at least put up a sign warning people that the area is wet. This duty would only arise though if there was enough time for a reasonable owner to realize that there was a potential safety hazard present.

The main issue is whether IKEA’s staff could have prevented the chain of events that unfolded. IKEAs are often large stores and few would suspect a gun being in a couch. If the children found the gun within a few hours of the gun owner leaving it in the couch, there would not have been enough time for staff to conduct a meaningful search. Although Indiana favors gun rights, most people would not expect to find a loaded firearm in a couch.

Ironically, IKEA’s no-weapons policy could open the store to greater liable. Most states only expect businesses to be reasonably aware of potential hazards on their property. Businesses are usually not expected to regulate their guests. As an open carry state, open firearm possession is permitted in Indiana. Indiana state law allows businesses to opt out of open carry, but IKEA has to post a sign stating that no weapons are allowed.

However, if IKEA voluntarily puts this duty on itself, then they would become responsible for any potential lapses from their no-weapons policy. IKEA should either scrap their policy altogether or take every reasonable measure to enforce it.

The latter involves additional costs such as security guards and signs in numerous places stating, “no firearms allowed.” It could also trigger backlash from the pro-2nd Amendment rights in the local community.

These costs might be justified from a business standpoint if there is sufficient customer demand. IKEA should go all the way with the no-weapons policy though or reframe from putting greater legal duty on itself than required.

Previous
« How is the Trump Administration Responding to the Zero-Tolerance Approach Aftermath?
Next
Driver Who Ran Down Protester in Charlottesville Protest Indicted on Hate Crime Charges »