The Charlottesville Unite the Right rally and counter-protests are already nearly a year in the rearview mirror, but only just now have charges been solidified against the most heinous crimes committed during the divisive rallies–James Alex Fields has finally been charged for driving his car through a crowd of counter-protesters. His actions injured dozens and left one woman, Heather Heyer, dead after he ran her down.

It’s unlikely there are a great many reading this who did not hear about James Field’s acts, or the Charlottesville rally and counter-protest themselves in the news–the protests, the violence, and the repercussions were all over the media.

However, for those who have not or a hazy on the details we’ll quickly discuss the events of that day and the actions of James Fields as described in the charges brought against him. The Charlotte rallies and protests were an extremely divisive event.

The Unite the Right rallies, described as a conservative rally event, attracted neo-nazi and white supremacist elements in droves. This fact drew quite a bit of counter protesting, not surprising given the sheer amount of racist and anti-Semetic chants at the Unite the Right rally. In fact, just such chants are the beginning of the story when it comes to the actions of Fields.

Fields attended the Unite the Right rally and was documented performing these racist and bigoted chants in the company of other white supremacists. After the group Fields was involved with was required to disperse after they got rowdier.

Fields drove his car to Forth street, a narrow downhill road that–at the time–had a crowd of counter-protesters chanting and holding signs condemning racism. Fields pulled up to the crowd, slowly backed up the top of the hill, then accelerated down the hill running stop signs until his car rammed directly into the crowd. The deed done, he reversed his vehicle and fled the scene. To date, the death toll from the attack has risen to three people.

Fields’ vicious and unprovoked act, entirely caught on film, was likely the most publicized element of the protests. With good reason too, the acts of Fields were heinous and the film of them was frankly horrifying. It is high time he paid for his crimes.

However, the road has only just begun when it comes to making him face the music. An indictment, in legal terms, is the formal bringing of charges against somebody. This means a grand jury agrees there is enough evidence to merit charges and the case moves forward from there.

That being said, the charges brought against Fields are doozies. What’s more, they have elevated to the level of hate crimes. Let’s take a look at the charges Fields faces, how hate crime law works, and how the case has been developing in the last few weeks. 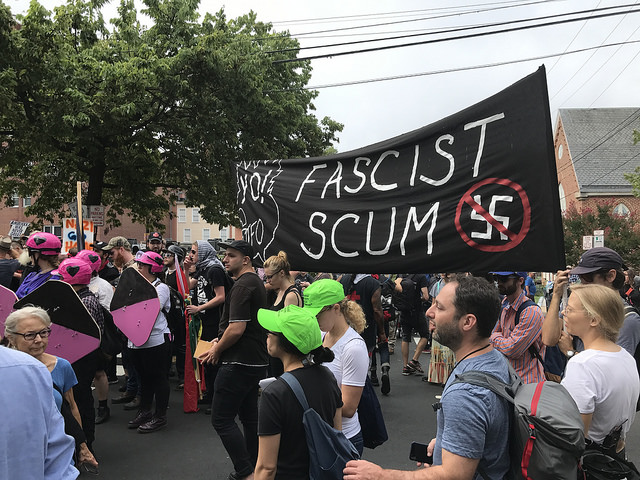 What Charges Were Brought Against Fields?

The federal grand jury out of the U.S. District Court for the Western District of Virgina approved a whopping 30 charges against Fields. The first of these charges has the greatest potential consequences, one count of a hate crime resulting in the death of Heather Heyer.

All of these charges except the last one originate from 18 U.S.C. § 249, the federal law covering violent hate crimes. Under this law anybody who breaks the law in a way which causes bodily injury through the use of fire, a firearm, a dangerous weapon, or an explosive/incendiary device has committed a hate crime when they’ve acted because of the race, color, religion, national origin, religion, gender, sexual orientation, gender identity or disability.

The usual punishment is up to 10 years in prison. However, when the offense results in death or includes an attempt to kill somebody that punishment is increased substantially–potentially as far as a life sentence.  This also occurs if the crime includes kidnapping, aggravated sexual abuse or an attempt to commit any of these acts.

The tricky part of proving these crimes is proving that the accused took action based on the protected characteristics of their target. It isn’t necessary to establish that the victim actually was a member to the targeted class, just that the accused perceived them as such. For instance, if somebody attacked somebody because they thought they were gay that would be a hate crime even if the person wasn’t in fact gay.

In the case of Fields, it isn’t hard to prove that he intended to cause serious harm or kill the people he ran down with his car. These evidentiary elements are never a slam dunk, but you don’t need something as clear as a verbal statement of intent such as “I’m about to kill these people.”

It is enough evidence to show Fields intent that it is a near impossibility to ram a car at full speed through a crowd of people without harming or killing any of them. That being said, showing he did it because of their race or other protected class is a trickier proposition.

The fact that the indictment has stuck means that the grand jury believed there was enough evidence to at least make it possible that a jury would find that Fields had the motivations necessary for a hate crime.

The charges include quite a bit of information supporting Fields’ intent to target minorities at the rally. He is described as having history of support and a fascination with Adolf Hitler and Nazi Germany, both through accounts from teachers and acquaintances and based on an enormous number of social media posts espousing white supremacist views.

He was filmed performing chants with a white supremacist group earlier that day.  He was photographed holding a shield with the logo of one of the hate groups attending the Unite the Right rally.

Perhaps most damning of the evidence was a series of messages between Fields and a family member sent as he left for Charlottesville; the family member asked him to be careful and he responded with the statement “we’re not the ones who need to be careful” and an attached photo of Adolf Hitler.

This is a fair bit of evidence that Fields was, and probably is, a white supremacist and a racist. However, what will need to ultimately be established is that it was these opinions that were the reason behind Fields’ choice to run down a group of counter-protesters of diverse race.

This will be an evidentiary matter, and certainly more evidence will come to light as the proceedings progress. Fields himself is a monster and deserves to have the book thrown at him, there’s no question he intentionally murdered three people and injured dozens more. The only question is whether he did it because of their race.

What is in Store for Fields?

If even some of the federal charges stick, Fields faces down a potential life sentence or even the death penalty. As of just recently, he has officially pled not guilty to all charges.

At hearings, he has also cited treatment for mental health issues such as bipolar disorder, depression, anxiety, and attention deficit disorder. This may indicate an avenue he plans to take as the charges proceed, however none of these by themselves seem likely to provide a defense.

Fields has not been running around free since his attack; he was arrested and charged shortly after he fled the scene. He was originally charged with second-degree murder. However, this was increased to first-degree murder in December. Regardless of what happens with these federal charges, he will face the state charges this November.

The Attorney General’s Office is Committed to Seeing Justice Done

The Charlotte protests saw several attacks and fights throughout the city as white supremacists and other rally-goers clashed with counter-protesters. However, none of the violence even approached the sheer horror that was Fields’ vehicular assault.

President Trump’s approach to the incidents was a refusal to condemn white supremacists or neo-Nazis and instead describing both sides as equally to blame. Attorney General Jeff Sessions on the other hand, regardless of his position on other issues, has taken an admirably strong stance against the Fields’ actions.

There have been critics of the current Justice Department’s less than aggressive approach to bringing federal civil rights laws. However, in this case they’ve been clear in their position against hate groups. Sessions himself said on the issue that:

…the Department of Justice [remains] resolute that hateful ideologies will not have the last word and that their adherents will not get away with violent crimes against those they target…Last summer’s violence in Charlottesville cut short a promising young life and shocked the nation. Today’s indictment should send a clear message to every would-be criminal in America that we aggressively prosecute violent crimes of hate that threaten the core principles of our nation. I want to thank the FBI as well as our fabulous prosecutors Stephen Curran, Christopher Kavanaugh, and Rachel Kincaid for their hard work on this case.

The indictment is the first step of many in terms of the criminal case against Fields. Fields’ actions certainly merit, at a minimum, a scrutiny as to his motivations in attacking this crowd. It’s good that the administration has taken this attack as seriously as it deserves, despite the initial lukewarm reaction.

No case is guaranteed however, as these charges resolve, Fields will almost certainly face serious jail time. The question at this point is how long he’ll be put away and what charges will actually stick to him.

Previous
« Who is Liable After a Child Fires a Gun Inside an IKEA?
Next
Yelp Can’t Be Ordered to Remove Negative Reviews »