ICE arrested 232 suspected undocumented immigrants that weekend. ICE Deputy Director Homan claims that eight hundred (800) were able to elude them because of the mayor’s warning. ICE spokesman, James Schwab, resigned on March 13 in protest over that claim. 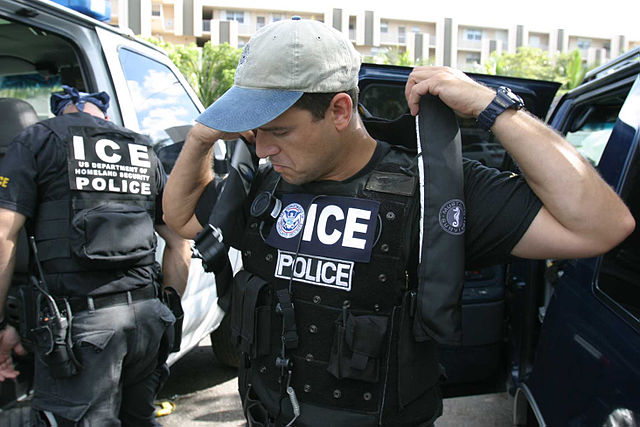 The White House and ICE accuse Mayor Schaaf of obstructing justice and endangering the lives of federal agents as a result. Homan argues that “what she did is no better than a gang lookout yelling ‘police’ when a police cruiser comes in the neighborhood, except she did it to a whole community.” The case is under review by the Justice Department.

Mayor Schaaf asserts that her actions were legal. Schaaf says she did not obtain her information from official government channels and she did not reveal specific details about the federal agency’s operations. Schaaf claims she intended to protect law-abiding immigrant families who would have been separated by ICE.

The episode in Oakland is only the latest dispute between the White House and the immigration agency and sanctuary policies in California. The White House believes that such sanctuary policies impede federal law enforcement and give refugee to illegal immigrants. California officials see sanctuary laws as a means of preserving state resources for prosecution of real crimes and to encourage good relations between immigrant communities and state police.

What If ICE Comes to My Home or Business?

Like all government agencies, ICE must obtain a judicial warrant in order to enter private property without the owner’s consent. Without the owner’s consent or a warrant, the search would be unconstitutional and any evidence obtained could be suppressed in court. One of the disputes between California and Attorney General Sessions is whether the 4th Amendment is satisfied if agents only have an executive branch subpoena or if a warrant signed by a federal judge is required. The former is potentially unconstitutional and defense attorneys should be aware if ICE agents executing a search with only a subpoena.

California’s sanctuary law makes it illegal for employers to consent to an ICE search of employment records without a subpoena or court warrant.  This ban does not apply to I-9s and “other documents for which a Notice of Inspection has been provided to the employer.” If ICE is permitted to review an employee’s records, the employer is required to notify the employee of the search within 72 hours of handing over the records to the agency. This provision is being challenged by the federal government in court and is the most likely part of the state’s sanctuary law to be voided by the Supreme Court. Still, employers in California must comply until the law has been overturned.