When it comes to symbols of hate groups–the Nazi swastika and the like–it seems almost silly to bring a cartoon frog into the conversation. However, the cartoon Pepe the Frog has seen a sad development over the years into a common symbol of both White Nationalist movements and the “Alt-Right.” This change is much to the chagrin of Pepe’s creator, “Boy’s Club” cartoonist Matt Furie.

Furie has described Pepe as a character about “peace, togetherness, and fun.” However, the way Pepe has been used after being adopted by several online communities certainly hasn’t been in line with this. To put it in perspective, the Anti-Defamation League included it in its hate symbol database in 2016–although they did go out of their way to say that most of its uses were not hate speech.

The infamous interview where Richard Spencer–to be polite a controversial figure of the Alt-Right–was punched in the face had him explaining the meaning of his Pepe pin before a man clocked him and interrupted. Furie has repeatedly expressed frustration in the media over what had been done with his character, his publisher has also condemned these uses of the character–calling them illegal and repulsive. Furie’s frustrations even led him to publish a comic in 2017 in which he killed Pepe.

Recently, Furie has taken more substantial steps to take back his character–he’s started bringing lawsuits. Most recently, this has meant going after Alt-Right “entertainer” (he himself has made it clear that he isn’t actual news) Alex Jones and Infowars. However, this is only the most recent lawsuit he has brought. Let’s look at the actions Furie has taken and his chances in his case against Infowars.

Last year, Furie threatened a copyright infringement lawsuit against the self-published children’s book of an assistant principal by the name of Eric Hauser. This sounds bad, until you hear the content of fine Mr. Hauser’s book. Hauser published “The Adventures of Pepe and Pede,” a children’s book starring Pepe the Frog, his best friend a centipede, and quite a few bizarrely hyper-conservative themes as well as what is quite arguable outright racism and bigotry against Islam.

The lawsuit ended well before the end of 2017 and before it really even got started, ending in a favorable settlement for Furie before his lawyers even had time to file a complaint. This settlement required Hauser to withdraw “The Adventures of Pepe and Pede” from publication and donate the profits from the book–a whopping $1,521 and 54 cents–to the Council on American-Islam Relations. This is a win for Furie when it comes to reclaiming his character. However, it is small potatoes compared to what he can expect if he wins his lawsuit against Infowars. 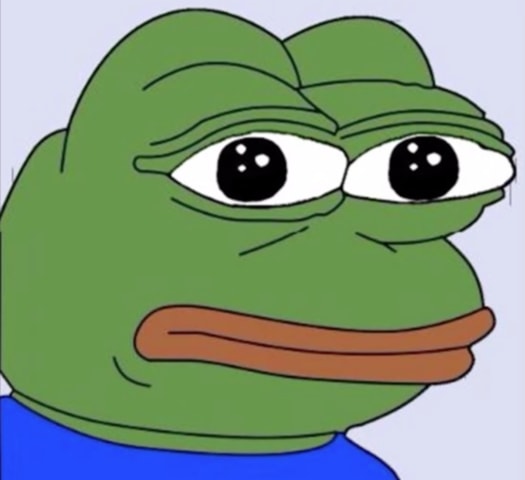 The Suit Against Infowars

Furie’s lawsuit against Infowars was filed just recently in a District Court in California. The central claim of the lawsuit accuses Alex Jones and Infowars of copyright infringement over the sale of a $29.95 “Make America Great Again” poster on their site which features Pepe the Frog alongside Alex Jones himself, Donald Trump, Milo Yiannopoulos, Ann Coulter, and other high-profile alt-right figures.

Neither Furie nor his publisher ever gave permission for the sale of this poster, they say that the unauthorized use infringes their copyright. Furie also makes it clear that he does not approve of the association of Pepe with the people listed above or their message.

For Infowars and Alex Jones part, they bemoan the lawsuit as frivolous and apparently yet another in a long string of attempts to victimize them. For the most part, Infowars argument–and the argument which has been discussed in the media–is that the poster is protected under the fair use rules in copyright law. They’ve still removed the poster from their store.

Infowars Lawsuit: What are Furie’s Chances?

Right off the bat, this lawsuit is not frivolous in any sense of the word. A valid copyright provides a number of exclusive rights to its owner.  These rights include–among other things–the exclusive ability to reproduce, distribute, prepare derivative works.

Derivative works are works based on a copyrighted work. Copyright protection applies to any original creative work fixed in a tangible medium–such as when a cartoon is drawn on a page or as a file on a computer. The protection attaches immediately on fixation; however, registration is required to bring lawsuits for anything more than a basic injunction and actual damages.

There are some other types of limitations on what can receive copyright protection. For instance, characters generally need physical and conceptual qualities that are especially distinctive and recognizable wherever it appears to be protected outside the context of the work they come from. However the image itself of Pepe is certainly protected and that image has been exactly reproduced in Infowars’ poster–this verbatim copying is clear infringement.

From there, the question is just whether Infowars has any clear defenses they can bring–such as fair use. Alex Jones himself has said the lawsuit is frivolous because his posters are transformative and thus fair use. Unfortunately for him, this is a woefully under informed opinion on how fair use works–transformativeness is only one element of many in reaching a fair use decision.

Fair use provides a defense to certain limited, transformative uses of a copyrighted work. The defense is extremely fact specific, so much to make it nearly impossible to declare something fair use without knowing the exact circumstances of the use.

In making the determination, courts balance four quite complicated factors:

There is a non-trivial argument that using Pepe in the context of the Alt-Right, especially given how clear Furie has been that Pepe does not represent those values, provides a transformative understanding of the characters meaning. This would weigh in favor of part of the first element of fair use–the purpose of the use. This being said, no one factor is determinative, and every other factor here weighs against Infowars on a fair use defense or is a non-factor.

A commercial use weighs heavily against fair use, although it isn’t enough to definitively bar something from fair use or vice versa, and this poster was clearly made for commercial sale. The entire work, the cartoon image of Pepe, was taken wholesale with no modifications–another factor weighing against fair use.

The final element, how it effects the market for the work, is an interesting discussion. It is unlikely Furie would target the Alt-Right market, however his image becoming a symbol of this market–or a hate symbol for that matter–drastically undercuts the market for Pepe.

This means that the use by Infowars will need to be quite transformative to succeed in a fair use defense. However, it’s hard to see the use reaching that level. The context of the use is transformative to some extent in terms of interpretation.

The actual image is not transformative at all. There is no change, the extent of the transformativeness will to rely on verbatim copying the image into this new context. This seems like a weak argument because every other element weighs against them.

The Case is Far from Over

Fair use is an extremely complex bit of law, so much so that it is impossible to guarantee an outcome in these types of cases. This is true of law in general to some extent, there are no slam dunk cases. However, fair use is so fact specific that two different courts with the same case can easily and reasonably come to completely opposite decisions.

The facts look bad for Infowars here, but there’s a lot of case left to litigate. Furie will certainly be happy to start taking these steps to take back his character–especially considering his lawyers have taken his case on pro bono. For now, we’ll just have to keep an eye on this case to see whether Alex Jones’ claims of a “frivolous lawsuit” are just fake news.