The potential of an affair between President Trump and pornographic actress Stormy Daniels (real name Stephanie Clifford) has been a story that has filled headlines for weeks. As of now, the White House denies this ever occurred.

However, reports of $130,000 paid, potentially out of campaign funds, to quiet Ms. Clifford along with the fact that the alleged affair would have occurred just after President Trump’s wife Melania gave birth to their child Baron have thrown additional fuel on the fire.

However, what is much more interesting than the media circus around the potential events is the lawsuit initiated by Ms. Clifford earlier this month to be freed from what she describes in her complaint as a “Hush Agreement.”

This agreement could be more neutrally described as a sort of non-disclosure agreement, barring Ms. Clifford from publically discussing certain events. It also includes substantial repercussions–up to $1M per violation of the agreement.

However, in the few weeks since the issue was initially brought to light there has been a flurry of legal activity on the issue–from strange arbitration proceedings to a legal complaint–as well as brazen claims from both sides as to the state of the case. It also hasn’t silenced Ms. Clifford as intended–she appeared on 60 minutes just days ago to discuss the situation. 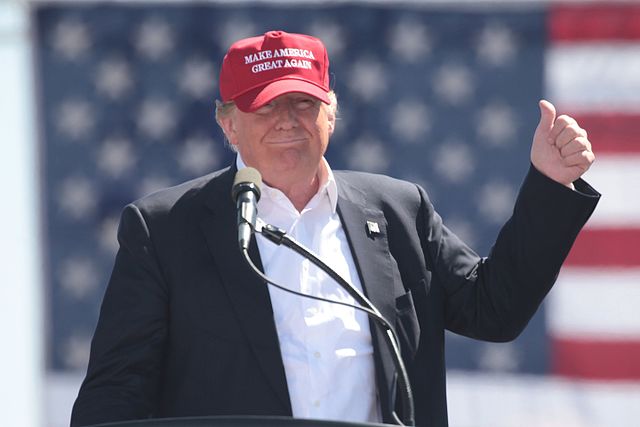 It is a fact that there is a non-disclosure agreement here between Ms. Clifford and a party known as “DD.” This agreement was put together by Trump’s attorney Michael Cohen. Michael did indeed, just before the 2016 elections began, pay Ms. Clifford $130,000.

Mr. Cohen says this came from his own pocket and neither Trump himself or the Trump organization had any idea that the agreement occurred. It is almost impossible to discuss the legal goings on that have happened recently without first discussing the terms of this agreement–the entire legal argument of both sides revolves around its enforceability.

In the agreement itself, the parties operate under pseudonyms. These names behind these pseudonyms are revealed in a separate confidential attachment to the agreement which has been produced for Ms. Clifford’s complaint. Ms. Clifford is identified as Peggy Petersen or PP in the agreement. The second party, identified as David Dennison or DD has his name redacted from the supplementary agreement. However, based on public statements it is extremely likely that this party is President Donald Trump.

Non-disclosure agreements are very much what they sound like, an agreement amongst parties to not publically discuss certain outlined confidential matters. This non-disclosure agreement is quite a doozy. It requires Ms. Clifford to turn over all materials and correspondence related in any way to the relationship between her and “DD,” from texts to pictures to most everything else under the sun–although her recent interview indicated that she has apparently retained some pictures. T

he agreement also gives up all intellectual property and other property rights in such materials. The description and extent of what is covered by the agreement is extremely thorough.

The agreement also, as you’d expect from a non-disclosure agreement, forbids Ms. Clifford from disclosing in any way any of the Confidential Information as defined in the agreement–essentially anything pertaining to her relationship to “DD”–whoever that could be.

The agreement says that damages are incurred against Ms. Clifford in the case an arbitrator determines that there is a breach or threat of breach–liquidated damages in the amount of at least $1,000,000 per breach. It also allows for injunctive relief to prevent Ms. Clifford from speaking on the topic.Any potential breach under the agreement is settled by a confidential arbitration in a place chosen (from a selection of California, Nevada, or Arizona) of President Trump or his attorney’s choice.

The choice of law to be used is also in the President’s court. The agreement does not, however, free either party from the usual notice requirements of an arbitration proceeding. In other words, both parties need to, you know, know about the proceedings and show up. Arbitration for an injunction, something preventing another party from acting in a certain way, has a lower standard under the agreement.  These arbitration proceedings can be done ex parte–in other words only one party must be there and know about it.  This is the provision invoked by Cohen in this case.

The agreement itself is signed by Trump’s lawyer, Mr. Cohen, on behalf of an Essential Consulting, LLC–a business entity formed a few weeks before the agreement itself. It is also signed by Ms. Clifford and her attorney. However, despite a spot left for the signature, it is not signed by Donald Trump or even his alleged pseudonym David Dennison.

The debate here comes down essentially these last two points. Ms. Clifford argues that the parties need to have signed the contract for it to be enforceable. She argues that Trump’s failure to sign whatsoever, while it certainly maintains a level of deniability, makes the non-disclosure agreement unenforceable against her.

Mr. Cohen and Essential Consultants, LLC, on the other hand, argue that the arbitration agreement binds Ms. Clifford on any action regarding the non-disclosure agreement moving forward. They argue that her failure to follow the agreement is fatal to any lawsuit she brings as she has agreed to instead allow arbitration to handle these issues.

The Legal Action from Both Sides

Both sides have moved forward as if their argument is correct. Mr. Cohen has gone through arbitration to receive a temporary injunction preventing Ms. Clifford from speaking out. A particularly odd arbitration proceeding in that they received their injunction even though they didn’t tell Ms. Clifford the arbitration was occurring, and she obviously didn’t show up.

For her part, Ms. Clifford has proceeded as if both the arbitration clause and the non-disclosure agreement are unenforceable–filing a complaint in the courts a few weeks ago. Her case has some peculiar twists and turns–especially since it could all be shut down before it even begins if arbitration is required. Later this week, we’ll look at the specifics of the legal action taken by both sides and what might happen moving forward.