Supreme Court Will Not Hear Case Regarding Male Only Military Draft

“When I’m sometimes asked when will there be enough [women on the Supreme Court] and I say, ‘When there are nine,’ people are shocked. But there’d been nine men, and nobody’s ever raised a question about that.”  ― Justice Ruth Bader Ginsburg

The Supreme Court rejected a constitutional challenge to the male-only registration requirement for the draft. The Court declined to hear the challenge partly because Congress is scheduled to take up the issue shortly. Justice Sotomayor wrote the opinion denying the case, though she noted that the country has changed since the Court’s last ruling upholding the gender nature of the draft.

The Military Selective Service Act requires all men to register for a potential military draft when they turn 18. The Court upheld the Military Selective Service Act, the law that mandates registration of men for the draft, as late as 1981. The Act exempts women from this requirement. The Court based its ruling on the observation that “women as a group…unlike men as a group, are not eligible for combat.” There were no women on the Supreme Court when this ruling was made. The Defense Department lifted the ban on women in combat in 2013. Since this reversal, thousands of women “have served with distinction” in all branches of the military.

The National Coalition for Men has argued against the gendered draft on the basis that it perpetrates stereotypes regarding men throughout the country, stereotypes that impact criminal sentencing, family law, domestic violence services, and other social/legal proceedings.

Gender Stereotypes are a Double-Edged Sword for Women

Gender stereotypes regarding women have often worked to both women’s disadvantage and their benefit. The Supreme Court in the late 1800s and early 1900s often declared early labor laws unconstitutional if such laws attempted to regulate employment agreements, such as the number of hours a person could work or their minimum wage. However, the Court often upheld such laws if they protected women and/or children. The Court reasoned that worker’s rights could be granted to women because they needed legal protection that men didn’t require.

The gender-discrimination in the military draft has been upheld based on similarly shoddy logic that women require the state to construct a golden cage to protect them. While gendered discrimination is often deemed necessary to “protect” women (and hence done with the best of intentions), the protection is nothing more than a cage designed to protect male positions of authority in society. 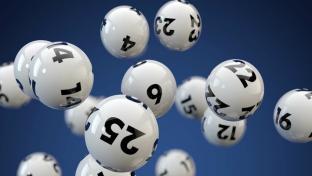 The other argument in favor of a male-only military draft is that it protects military cohesion, as unity and teamwork are paramount in combat. In other words, a male-only military draft is necessary to protect the military from women rather than to protect women from combat. After all, sexual harassment is a significant issue in the workplace – the government should prevent those same issues from arising in life and death combat situations.

The problem is that women are already permitted today to join the military on a volunteer basis. Sexual harassment does come up but no more than usual workplace harassment. Sexual harassment can also occur between men as well – it is not a problem limited solely to differences in sex and/or gender.

The history of sex discrimination also highlights why representation of groups can be so important to those groups. The sexist attitude of prior Supreme Courts was carried out by nine men. It is possible that some women may not think highly of their own sex. However, it is difficult to imagine that Justices O’Connor, Ginsburg, Sotomayor, Kagan, or Barrett writing an opinion that would demean women as a group in the same way prior male justices did.

On the flip of the coin, sex discrimination hurts men as well. Men are “eligible for combat” because they are viewed as tough, strong, and robust, at least compared to women. But while this stereotype requires them to sign up for potential military service at age 18, it also impacts domestic life and their relationship with the law.

Women in child custody proceedings typically get the upper hand, especially if the children are young, because mothers are viewed as the nurturing figure. Men have to fight against the stereotype that somehow young children should be with their mothers even if the facts of the case indicate that the father would be a fit parent. Criminal sentencing for men can also be harsher even if a woman is charged with the same crime. Restraining orders for men against the woman in the relationship are few and far between.

The perception that women are the caregivers and should be protected by men means that men often suffer when reality demands that women be held accountable for their actions. Ending the Military Selective Service Act’s gendered requirement would be a good step in recognizing that men and women are both equal. While Congress is the appropriate body for this resolution, America should not table this discussion for much longer.

Do I Need a Lawyer to Help with Gender and Sex Discrimination?