The California Department of Fair Employment and Housing (DFEH) are suing Activision Blizzard over workplace harassment and/or discrimination of women. Activision Blizzard is the video game studio behind games such as Overwatch, Starcraft, and Worlds of Warcraft. The lawsuit followed a two-year investigation into the company by the state department. The lawsuit alleged that “women of color were particularly vulnerable targets” of such discrimination. 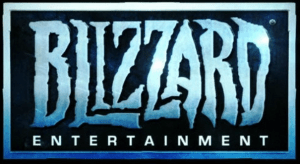 The lawsuit alleges that the discrimination included, but was not limited to: pay differences between men and women, micromanagement of women while leaving male employees unsupervised, maternity discrimination, being passed over for promotions, and sexual harassment such as fending off unwanted sexual comments and advances. In one very vivid and tragic example, a female employee committed suicide during a business trip with a male supervisor who had brought lubricant and butt plugs on the trip. Male co-workers had allegedly shared photographs of this woman’s vagina during holiday parties.

The state department also accuses the company of failing to act on numerous complaints about the alleged harassment and discrimination because human resource personnel were known to be closed to the alleged harassers. The DFEH suit would force Activision Blizzard to comply with state workplace laws and address the issues of “unpaid wages, pay adjustments, back pay, and lost wages and benefits for female employees.”

Most of the statement consisted of the typical denials of the accusations and insistence that things were proving. However, one paragraph stood out in its absurdity: “We are sickened by the reprehensible conduct of the DFEH to drag into the complaint the tragic suicide of an employee whose passing has no bearing whatsoever on this case and with no regard for her grieving family. While we find this behavior to be disgraceful and unprofessional, it is unfortunately an example of how they have conducted themselves throughout the course of their investigation. It is this type of irresponsible behavior from unaccountable State bureaucrats that are driving many of the State’s best businesses out of California.”

Activision Blizzard is apparently borrowing from certain political talking points about people leaving California. However, the protections and policies that California is protecting are mirrored at the federal level through the Civil Rights Act and the EEOC. There is no state in America that would overlook alleged harassment so disturbing that an employee would kill herself during a company event. Blaming California for Activision Blizzard’s legal problems and this woman’s death overlooks the severity of the accusations. Activision Blizzard can surely do better than playing the victim here.

Should I Contact a Lawyer If I Have Been Sexually Harassed at Work?

If you have experienced sexual harassment of any kind at work, you should contact a local sexual harassment lawyer as soon as possible. If making a formal complaint to your employer does not stop the harassment, consulting a lawyer is the next best option.

Previous
« Illinois Bans Lying to Minors During Police Interrogation
Next
How Fishy Is the Tuna Lawsuit Against Subway? »