The judge reasons that both issues at the same time have slowed down the system.  “There is a crisis within a crisis,” Burke said, echoing the argument of the New York City Law Department earlier in the hearing. (Note: NY trial courts are referred to as Supreme Courts).

During the Skype hearing, police department officials asked Burke to consider his own experience presiding over virtual hearings to demonstrate that virtual arraignments cannot handle the same case volume as pre-pandemic hearings.

They also argued that police officers have had to change their usual procedures for security reasons and to manage the sudden increase in arrests. City officials testified that most arrestees at protests are released with a summons or appearance ticket. As of May 4th, 131 people had been held for longer than 24 hours in Manhattan.

Attorneys for the Legal Aid Society argued that the NYPD has the resources to process people more quickly but refuses to use them.

Justice Burke quoted the 1991 New York State Court of Appeals decision in Roundtree v. New York, which held that “arrestees held in custody for more than 24 hours without arraignment are entitled to release unless an acceptable explanation for the delay is given.”

Burke ruled that, in this instance, the New York City Police Department had provided acceptable explanations for the delay. “It is simply a fact that remote hearings slow down the pace of arraignments, including but not limited to technical issues,” Justice Burke said. 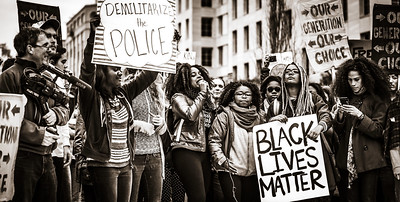 The Constitution requires that legal authorities show authority and legal cause to detain anyone in prison. Most jurisdictions have interpreted this rule to mean that police must release someone within 24 hours if an arrestee cannot be arraigned. The writ of Habeas Corpus can only be suspended “in cases of rebellion or invasion the public safety may require it.” The writ has only been suspended during the Civil War.

The only legal justifications for suspension of the writ are “a rebellion or invasion.” Manhattan has not been invaded and there is no factual basis that there is a rebellion. A pandemic does not qualify as an invasion (or should not).

The only time the writ has ever been suspended was during the Civil War. The writ was not even suspended during the 9/11 terrorist attacks. The Civil war was organized by states attempting to leave the union by rebelling against the federal government. In contrast, these protests and lootings lack organization and they are not intending to overthrow the government. The comparison is not even close.

As the comparison are essentially apples to oranges, neither the NYPD nor Justice Burke attempt to compare the protests to a rebellion or invasion. Instead, both justify the denial of civil rights on police efficiency. The police cannot possibility process all these arrests because of the sheer number of people being arrested and the necessity of remote video hearings during a global pandemic.

However, the Constitution does not permit denial of the writ because the police are too inefficient or too incompetent to do their jobs properly. If police efficiency is an issue, the NYPD should either make fewer arrests or ask the Mayor for more resources to make more arrests. It is not the Court’s role to suspend civil rights because the police are having a difficult time doing their jobs.

More importantly, the protests are occurring during the COVID-19 pandemic because faith in the police and the legal system are at all times low. Justice Burke denied the writ because of a “crisis within a crisis.”

The Court failed to acknowledge that there is a third crisis right now: a crisis of faith in the American legal system. Strict adherence to the Constitution right now would have helped alleviate this crisis. I would have granted the request for release.

Should I Consult an Attorney If I am Being Unlawfully Detained?

If you are being unlawfully detained, a criminal defense attorney can help evaluate your case and file a writ on your behalf.

Previous
« Are Police Reports Reliable After the George Floyd Protests?
Next
Supreme Court Rules LGBTQ Workplace Discrimination is a Form of Sex Discrimination »