Are Police Reports Reliable After the George Floyd Protests?

Officers Aaron Torgalski and Robert McCabe, two Buffalo NY police officers are now facing second-degree assault charges in connection with the on-video shove of a 75-year-old man during a protest. Both men entered not guilty pleas and are expected back in court after being released on their own recognizance.

On June 4th, Martin Gugino was seen on video walking in the direction of the crowd of uniformed officers when Torgalski and McCabe allegedly shoved him. Gugino fell backwards and bumped his head on the concrete.

A trail of blood can be seen seeping from the head of the motionless man as several officers walked by him. One of the officers attempted to aid Gugino but another officer yelled to keep moving. A National Guard member went to aid the bleeding man was pushed by fellow officers. Gugino’s attorney reports that he is in stable condition.

The Police Department initially reported the incident as Mr. Gugino tripping and falling. The video’s release caused the department to reverse its prior position. Both officers were suspended, but the police union opposed the suspensions. 57 officers quite the Emergency Team Unit shortly thereafter, though they remain on the force. 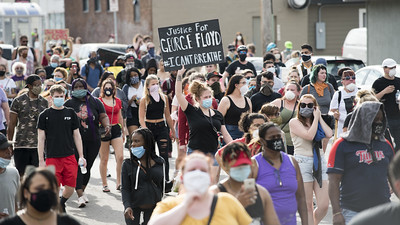 What are False Police Reports?

Police reports, like all records, are subject to hearsay objections. Any attorney can object to the introduction of a police report and ask the court to exclude the report from evidence. Police reports are often hearsay because they contain witness statements made out of court for the truth of the matter.

For instance, a witness might tell an officer “That man shot her in the abdomen.” This is a hearsay statement as (1) the officer is writing the report outside of the courtroom and (2) he is hearing it from another person outside of the courtroom and if (3) a party seeks to prove that the man shot the woman in the abdomen. The report may be excluded as hearsay if the witness refuses to testify in court.

However, the first layer of hearsay would be resolved because most jurisdictions consider police officers to be trustworthy. This initial assumption of trustworthiness is removed if an opponent can show why the officer is not trustworthy.

Should police reports and police officers be perceived by courts as trustworthy in general? Most cases involve two parties disagreeing with one another. Both parties will attempt to locate favorable witnesses to testify and those witness’s biases will be questioned. It is extremely beneficial to a court if there is a professional and neutral party that can question witnesses and investigate on behalf of society. Police reports regarding automobile accidents, break-ins, wrongful death, and numerous other types of disputes are immensely helpful for the parties, the judge, and jury to make accurate factual findings.

The real issue with the Brooklyn police is that the police department itself is involved. No one can or should be trusted to investigate themselves. The police in this case cannot serve as the professional and neutral investigators they usually serve. Police reports during internal investigations should be permissible as self-statements, but they should not be given any further credence than a private citizen making his or her own statement.

Do I Need an Attorney for a Criminal Law Issue?

A criminal defense attorney’s job is to make sure you know all your rights, that they are being protected, and will know the best strategies to help you get the best outcome possible in your case. Remember, with criminal charges, access to an attorney is your right.