George Floyd and Minneapolis are not the only things former police officer Derek Chauvin helped destroy. Mr. Chauvin’s marriage may also be ending as his wife filed for divorce.

On Memorial Day, Derek Chauvin was filmed kneeling on George Floyd’s neck while the latter was pleading him to let him breathe. Mr. Floyd was allegedly being arrested on forgery charges. The video went viral and led to widespread protests around the country.

The protests cumulated in violence in Minneapolis and the city’s police prescient being overrun by protestors. Derek Chauvin was fired from his position, arrested, and charged with third-degree murder and second-degree manslaughter in George Floyd’s death. The other two officers involved in the incident were also fired but were not charged, though state and city officials have not ruled out charges against them.

Mrs. Chauvin’s attorneys released the following statement upon filing for divorce: “This evening, I spoke with Kellie Chauvin and her family. She is devastated by Mr. Floyd’s death and her utmost sympathy lies with his family, with his loved ones and with everyone who is grieving this tragedy. She has filed for dissolution of her marriage to Derek Chauvin,” the statement said.

“While Ms. Chauvin has no children from her current marriage, she respectfully requests that her children, her elder parents, and her extended family be given safety and privacy during this difficult time.” 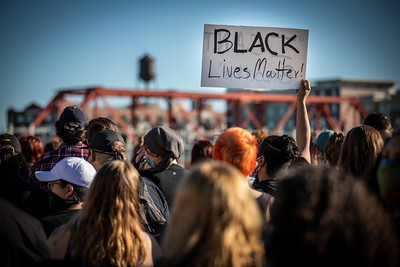 Can Divorce Be Used to Shield Assets from Civil Lawsuits?

Mr. Chauvin will inevitably be the target of a wrongful death suit by George Floyd’s estate. He may also be sued for negligence by those harmed by the resulting violence in Minneapolis. The Chauvins may be liable for millions in damages especially if Mr. Chauvin is found guilty of either criminal charge. Could Mrs. Chauvin’s divorce be a means of shielding her assets from the pending personal injury suits?

Rules regarding divorce and division of assets differ between states. However, there are two general systems of asset division in the United States. Arizona, California, Idaho, Louisiana, Nevada, New Mexico, Texas, Washington, and Wisconsin are community property states.

In community property states is that spouses are individually responsible for tort liability. If the community has a debt stemming from a lawsuit against one spouse, the other spouse will not be responsible for the debt during and after the divorce.

In a community property state, Mrs. Chauvin’s could file for divorce after her ex-husband has been found liable for Floyd’s death and he alone would be responsible for the judgment. Similarly, an award from a personal injury suit would remain with the injured spouse after divorce.

Do I Need a Lawyer for My Divorce?

The Court process for obtaining a divorce can be very confusing, so it may be wise to consult with a divorce attorney to help explain your rights and to protect your interests. A family law attorney experienced in divorce will know how to navigate through the complicated legal process in an efficient manner, and be there when you have questions.

Previous
« A Tale of Two State Shelter Orders During the COVID Pandemic
Next
Are Police Reports Reliable After the George Floyd Protests? »