A Tale of Two State Shelter Orders During the COVID Pandemic

Wisconsin and Pennsylvania State Supreme Courts have weighed in on the legality of their state shelter orders as states across the country weigh whether to extend COVID-19 orders or reopen.

The two state courts reached opposition conclusions: Wisconsin voted against its state shelter orders in a 4-3 decision while Pennsylvania voted 4-3 to uphold its shelter orders. The plaintiffs in Pennsylvania appealed to the United States Supreme Court, but the federal court declined to hear their challenge to the ruling.

The state emergency shelter order was issued by State Health Secretary Andrea Palmer. Non-essential businesses were ordered close as were schools and libraries. Residents were ordered to stay in their homes or maintain a social distance of six feet or face fines and/or prison time.

Wisconsin’s Supreme Court declared the emergency order unconstitutional because it violated the separation of powers doctrine. The debate rested on whether Secretary Palmer’s emergency order was an order or a rule. 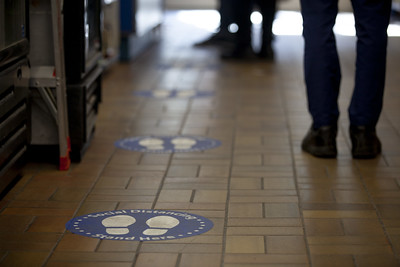 Under a state statute, the Governor’s administration had the power to issue orders for narrow specific purposes but did not have the power to write rules as the latter was a legislative power. The Court ruled that the emergency order was actually a rule and thus infringed upon the legislature’s power to make the law.

Finally, it is unclear why the Wisconsin legislature itself couldn’t have simply changed the law if they found Palmer’s actions so deplorable. The majority of the court overruled the shelter order because Palmer allegedly failed to follow the due process for enacting such an order.

The fact that the Wisconsin legislature chose to pursue the lawsuit instead of just passing a law means one of two things: (1) Either the legislature didn’t have the votes to pass such a bill in the first place or (2) The legislators didn’t want to make a decision because they feared that voters would vote them out of office.

The former is an invitation for judicial activism – the Court is writing laws that the legislature itself should be writing. The latter is political cowardice that removes the accountability which is essential for democracy to succeed.

In Pennsylvania, the plaintiffs were mostly small businesses and one political candidate for a legislative seat. Pennsylvania has a law that allowed its Supreme Court to hear the case directly without going through the appeals process.

The Court found that the emergency orders did not violate plaintiff’s due process rights. Citizens were not entitled to notice that a shelter order was forthcoming because the pandemic required the government to respond quickly.

The Court also rejected arguments that the designation of essential businesses is too arbitrary to be constitutional because of the overwhelming burden on the state that such procedural safeguards would create. Importantly, the state government had created an application process for any Pennsylvania businesses to utilize if they wanted to apply for “essential” status.

In his dissenting opinion, Chief Justice Saylor claimed he would have rejected the writ to allow the Supreme Court to hear the case directly without going through the trial court or appeals court. Chief Justice Saylor would have preferred that trial courts conduct their own investigations first so that the Supreme Court could properly adjudicate the “essential” exemption arguments.

What Can We Learn from Wisconsin and Pennsylvania’s Shelter in Place Orders?

Based on these two cases, the separation of powers argument appears to be the best way to overturn a shelter order. This argument is unlikely to succeed in states where the governor and a majority of the legislature are from the same party – California, Washington, and Ohio.

However, Wisconsin’s ruling will probably not be replicated in other states because it is based on unique Wisconsin laws regarding the difference between an “order” and a “rule.” Most states, such as Pennsylvania, don’t have laws with such fine distinctions between legislative and executive powers.

If you are a business owner involved in a COVID-19 lawsuit, you will also need representation to resolve your claims.