The complaint alleges Zobayan failed to abort the flight, failed to monitor and assess the weather, and failed to maintain a safe distance between natural obstacles and the helicopter. The Bryant family alleges that Island Express is vicariously liable for Zobayan’s alleged negligence.

The helicopter descended at a speed of more than 4,000 feet per minute before crashing into the hillside. The National Transportation Safety Board (NTSB) released a preliminary report that ruled out engine failure as a cause, but the possibility of other aircraft issues remain. The NTSB will take up to 2 years to reach a conclusive finding. It remains unknown why Zobayan crashed. 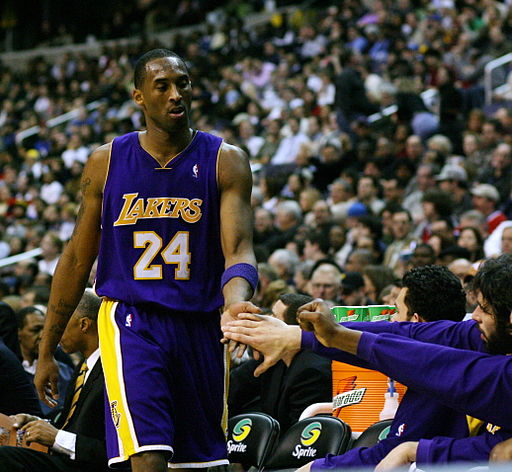 Does Vanessa Bryant Even Need the Money?

Most families who suffer a wrongful death will need additional income to make up for future lost wages, especially if life insurance wasn’t purchased. However, Kobe would pass $600 million to his family – they are hardly financially burdened by his passing.

However, litigation is not only about financial compensation. Civil lawsuits are often the only way private citizens like Mrs. Bryant can hold another party responsible for its actions. Short of criminal charges, civil litigation is the means by which the legal system can lay blame on parties for their wrongful acts.

Many wealthy individuals file lawsuits not to increase their wealth but to make a point. Taylor Swift once sued a man for stalking her and requested only $1.00 as compensation at the outset. The goal in these kinds of cases is not money but vindication.

Bryant’s suit may also prevent the other families from suing Kobe’s estate. There have been rumors that Kobe owned the helicopter and/or that Kobe asked Zobayan to fly even though the weather was terrible. If discovery in this case disproves both theories, then the other families would have no basis for coming after the Bryant estate.

How to Prove Wrongful Death

Wrongful death is a subset of negligence and thus shares the same elements. Vanessa Bryant would have to prove the following to prevail on her wrongful death claim:

The issue would be whether Zobayan flew them in a safe and “reasonable” manner and whether his flying contributed to the crash. Proving this will not be a simple task – Zobayan and all the passengers are the best witnesses but all of them are gone.

The Bryant’s Claims Could Be Worth Millions of Dollars

Even if the Bryants’ do not need compensation, they may still be entitled to it if they can prove Zobayan’s flying was the cause of Kobe’s death. Their compensation would include valuations on their lives. Kobe was still young at age 41 even if he was retired from the NBA. Kobe had a number of other business endeavors. Given Kobe’s reputation, these business endeavors may have generated substantial wealth.

Kobe’s daughter, Gianna Bryant, was only 13 years old and she may have followed in her father’s footsteps as a career basketball player. On top of these income valuations, the Bryants’ may also recover for subjective losses such as emotional distress, loss of consortium, and loss of love and affection.

The only limitation, other than needing to prove wrongful death, is whether the defendant can pay the damages. Island Express, the company that employed Zobayan, has suspended operations.

Insurance may be able to pay for some of judgment or settlement, but given Kobe’s net worth and potential future income, the payout may well be beyond Island Express’s insurance coverage. Island Express may want to settle the claim especially since many jurors in Los Angeles would likely side with their fallen hero.

If your loved one died because of someone else’s wrongdoing, then you should consult a local personal injury attorney. He or she can help determine whether you have a valid claim and can help you understand your rights and remedies.

Previous
« Utah Proposes Prohibiting Parents Behind on Child Support from Getting Hunting Licenses
Next
The Law and History Behind U.S. Quarantine Policy »