How far can the state go to collect child support? Most states garnish paychecks and call it a day. Utah might go the extra distance with a new bill that forbids hunting or fishing licenses to parents who haven’t met their child support obligations.

The bill would prohibit parents who owe $2,500 or more in child support from obtaining a legal permit from the Utah Division of Wildlife Resources. The license ban would include both hunting and fishing. The ban would only be lifted after the Office of Recovery Services issues a note verifying the parent is no longer behind on payments.

According to the bill’s sponsor, 38% of families do not receive their current child support. The Office of Recovery Services shows parents owe $404,160,838 in past due child support. If passed, the bill would go into effect on July 1, 2021. 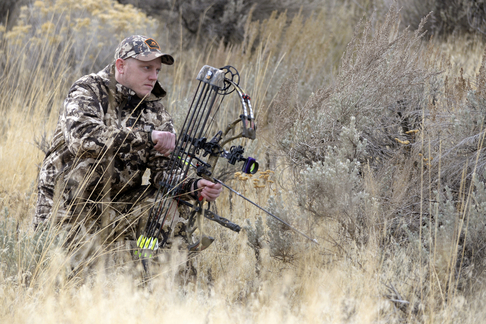 Does This Serve Children’s Best Interests?

A restriction on hunting licenses could cut in either direction. If the paying parent is hunting or fishing for income, the bill would be potentially detrimental to the children. Imagine a bill that would prevent a parent from working because he (or she) didn’t pay child support. Such a bill would be putting the cart before the horse – child support comes from income, income does not come from skipping on child support payments. It cannot be said that such a scheme would serve the child’s best interests.

On the other hand, some people hunt or fish purely for sport. If payers are hunting purely for recreation, halting their favorite hobbies is potentially a big incentive to pay the child support they owe. However, there are still easier ways of collecting support than this round about punishment.

The bill would probably be fairer if the restrictions were made on a case by case basis. Children who have parents who hunt or fish for a living would be significantly disadvantaged by this bill. A bill that purports to protect children should not disadvantage some of them just because their parents specialize in a certain field. If the restriction were made case by case though, a judge would be required to review such cases.

What is the Connection Between Child Support and Hunting?

There is no connection between child support and hunting unless the paying parent hunts for a living (more on that below). This bill has nothing to do with public safety, environment management, or any other legitimate state interest – it only exists to apply pressure to parents who don’t pay support.

Although securing child support payment is normally a legitimate state interest, the bill potentially interferes with due process. Although hunting and fishing are not constitutionally protected rights, there must still be a rational relationship between the regulation and the purpose. Utah can garnish wages or attach liens if it needs to collect child support payments. As stated above, prohibiting hunting or fishing may even strip a parent of his or her ability to pay for support!

It is clear that this bill’s real purpose is to punish “deadbeat dads” not to provide for children or reimburse the state. Utah can do far better than a draconian bill like this one.

Do I Need a Lawyer for Help with Child Support Matters?

The court procedures for establishing and modifying child support can be confusing, and issues that relate to the family can often be emotionally charged. If you’re going through the process, The right family lawyer can help you make sure that you get the best possible outcome both for you and for your child.