The Impact of the Equal Rights Amendment If Passed

Virginia has become the 38th state to pass the Equal Rights Amendment. The Amendment’s passage in Virginia would meet the requirements for amending the Constitution. The proposed 28th amendment would purportedly guarantee equality of rights regardless of sex. One problem: the amendment may be forty years too late.

What is the Equal Rights Amendment?

Congress in 1971 proposed that the following text be added as the 28th Amendment to the United States Constitution:

“Section 1. Equality of rights under the law shall not be denied or abridged by the United States or by any State on account of sex.

“Sec. 2. The Congress shall have the power to enforce, by appropriate legislation, the provisions of this article.

“Sec. 3. This amendment shall take effect two years after the date of ratification.”

The Equal Rights Amendment passed both houses of Congress. However, 38 states needed to ratify it before it could officially be added to the Constitution. The Amendment was widely expected to pass this requirement to the point where even the Supreme Court cited the Amendment’s expected passage in support of one of its case rulings.

However, passage stalled when 35 states voted in favor of it and no further states ratified it. In fact, 5 states that had ratified the Amendment began inquiring whether they could rescind their ratification. Congress extended the deadline for the Amendment’s passage from 1979 to 1982, but it still failed to obtain the required 38 votes by 1982.

The Equal Rights Amendment was revived in 2017 when Nevada ratified it almost four decades after the deadline. Illinois followed suit in 2018, leaving the amendment one state short of the 38 state requirement. Virginia is expected to pass the Amendment in 2020. The “Me Too” movement was credited with resurrecting the otherwise dead proposal.

However, the Department of Justice issued a memorandum on January 9, 2020, stating that it did not recognize the Amendment even if Virginia became the 38th state to pass it because Congress’s deadline ended in 1982. The DOJ also insisted that Congress could not permit the passage of the Equal Rights Amendment merely by extending the deadline and that the entire process had to be restarted. 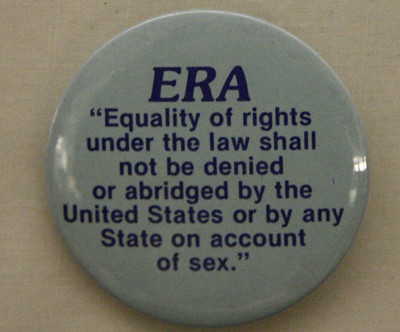 Does the DOJ Have Any Effect on the Amendment’s Passage?

The Department of Justice’s memo is only advisory as the power to amend the Constitution is given to Congress when both chambers pass a proposal by two-thirds and 38 states ratify the amendment. The Executive Branch’s support or disapproval would help the debate, but plays no role in the official process. Moreover, the Constitution does not specify any deadline for a proposed amendment’s passage – presumably Congress would have the power to create or extend a deadline.

How Would the Equal Rights Amendment Impact Discrimination Law?

The Equal Rights Amendment’s impact would have an indeterminable impact. Arguably the impact would be minimal. Its opponents argue the amendment is redundant since the 14th Amendment already affords equal protection of the law to all.

Others believe the Equal Rights Amendment would have a profound impact on discrimination law and in a positive manner. Proponents would use the Amendment to justify equal pay laws to make up the pay difference between men and women, especially when the latter are on pregnancy leave.

This means a law must have a compelling purpose and the law must be narrowly tailored to that purpose. For instance, a law forbidding all Chinese from entering the country for national security purposes would not be constitutional since the law could be narrowed to reduce the impact on the group adversely affected.

However, the Supreme Court currently applies “intermediate scrutiny” to sex discrimination. Laws targeting persons on the basis of sex must have an important government purpose, not compelling, and must be substantially related to that purpose instead of narrowly tailored.

Would Women Be Compelled to Join a Military Draft If the Equal Rights Amendment Was Passed?

Congress has always had the power to draft both men and women into the military if it deemed a draft necessary. However, a draft that excluded one sex would likely be challenged, and struck down, if the Equal Rights Amendment were to pass. Of course, the decision would ultimately lie with the Supreme Court.

How Would the Equal Rights Amendment Impact Family Law?

Opponents believe that the Amendment would have a profoundly negative impact on women in family law. The Amendment would potentially abolish alimony and the primary parent presumption that women have during child custody disputes.

The alimony argument is misleading, as alimony is intended to support the spouse who made less income but performed domestic duties at home. Although this role was traditionally one that the wife held, husbands have been awarded alimony before.

The primary parent presumption – or “tender years” presumption – often contradicts the child best interest standard. Courts should make custody decisions based on what is best for the children; they should not be assigning child custody because of a parent’s sex or gender, regardless of whether it advances women’s (or men’s) rights.

Do I Need an Attorney For Help With Sex Discrimination Claims?