Most churches are wary of being accused of covering up sexual abuse scandals. In Oregon though, one lawsuit alleges that the Church of Jesus Christ of Latter-day Saints should not have reported an instance of sexual abuse to the police.

Timothy Johnson confessed to sexually abusing his daughter for four years to his church panel in Salem, Oregon. One of the clergy members, Brian Saari, heard his confession and reported it to Oregon State police.

Mr. Saari is a pharmacist and a mandatory reporter, which means he is legally obligated to report to the police any suspicion of sexual abuse. Johnson eventually plead guilty to four counts of second-degree sexual abuse and was sentenced to 15 years in prison.

Timothy Johnson’s wife and four of their children are now suing the Church for allegedly violating his right to confidentiality. The child that Timothy molested did not join the case. The lawsuit claims that the violation of “clergy-penitent privilege” deprived them of Mr. Johnson’s “companionship, love, and income.” They seek $9.5 million in compensation for emotional distress and lost income, as well as $40,000 for reimbursement of the criminal defense attorney they hired to defend him.

Kristine discovered in 2017 that her husband had been sexually molesting one of their daughters throughout her tween and teen years. Johnson claimed in the suit that the church said they would “spiritually counsel” Johnson and his family. She claims they never said they would report him to the police.

The Church defended Mr. Saari and replied that protecting victims is their top priority, and that members are obligated to report any instances of abuse to authorities. 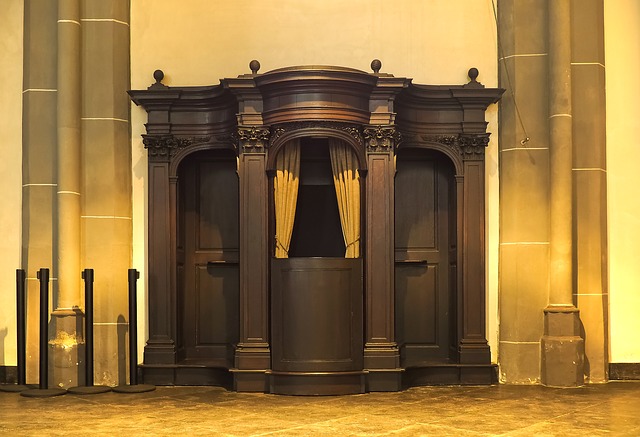 Are Communications With Your Priest or Minister Privileged?

Partisans expect their confessions to their priests or ministers to be privileged. However, privileges are only protected if they are legally recognized and privileged communications may vary between states and the federal government.

For instance, the attorney-client privilege is the most well-known and most protected in our legal system. On the other hand, the federal government has not recognized the privilege between physicians and patients, but most states have codified a doctor-patient privilege. Even where a privilege exists, the state may narrow or limit its usage.

Oregon recognizes a cleric-penitent privilege similar in structure to the marital communications privilege. A confidential communication between the cleric and penitent cannot be disclosed without the latter’s consent.

What If the Priest or Minister is a Mandatory Reporter?

In some states, certain professions are required to report to the authorities if they have a reasonable suspicion that a child has been abused. These professions include teachers, school personal, librarians, therapists, doctors, nurses, and clergy. Mandatory reporting is essential to prevent childhood sexual abuse.

However, Oregon state law provides an exemption to psychiatrists, psychologists, attorneys, and members of the clergy from mandatory reporting requirements if a privileged communication is made to him or her.

Mr. Saari was a mandatory reporter through both his responsibilities as a pharmacist and as a clergyman. However, he learned about Johnson’s abuse of the child in his role as a clergyman and in a setting where Johnson could expect confidentiality. Although Saari could report a suspected abuse, he was not legally obligated to do so.

When is It Necessary to Breach Confidentiality?

Legal privileges are based on social needs and public policy. The law holds the attorney-client privilege sacred because attorneys cannot provide legal advice if their clients do not trust them. Similarly, spousal communications are privileged in many states because the state wants to promote marriage.

Of course, even attorneys are required to report their client to the police if and only if the client is planning to commit a future crime. An attorney is still required to hold confidentiality even if a client confesses to a murder already committed. Arguably the clergyman should work within the same bounds.

However, this does not mean that Johnson’s family is entitled to recover anything. If Johnson pleads guilty irrespective of Saari’s reporting, than Saari could not have caused Johnson’s imprisonment. Moreover, criminal defendants often leave behind family members when they serve time and their families may face financial hardship as a result.

However, forcing third-party witnesses to compensate the families of those imprisoned would not be fair to the witnesses. Such a policy would discourage witnesses from coming forward and inhibit the justice system from protecting children from abuse.

Do I Need a Lawyer for Help with Child Abuse Charges?

Sexual assault of a child is a crime in most states. If you are a victim of sexual assault, contact the authorities to have the assailant arrested. If you would like to pursue a civil case against the individual, then hiring an attorney would be wise. If you are accused of sexual assault, you need to speak with an experienced criminal defense attorney immediately to help protect your rights.

Previous
« What Kind of Questions Can Police Officers Ask During Traffic Stops?
Next
The Impact of the Equal Rights Amendment If Passed »