What Kind of Questions Can Police Officers Ask During Traffic Stops?

Arreola-Botello fought the substance possession charge and argued that his limited English inhibited him from understanding that Officer Faulkner was asking for his permission to search his vehicle. More importantly, the search was illegal as Officer Faulkner had no probable cause to Arreola-Botello’s vehicle except for the consent that he had been essentially tricked into giving.

The Oregon Supreme Court ruled that officers can no longer ask questions that are irrelevant to the reason for the stop. Such questions potentially include: “Do you have anything illegal in the car? Would you consent to a search for guns, drugs, knives, bombs, illegal documents or anything else that you’re not allowed to possess?”

Although these questions may appear innocent at first glance, they are often used to illicit an otherwise illegal search based on consent. At the same time, the US Supreme Court has also ruled that police stops based on traffic violations cannot be prolonged for an unreasonable amount of time.

Taken together, Oregon police officers making traffic stops can only stop drivers long enough to ask about a traffic violation that they can see and no longer. This ruling is currently only applicable in Oregon State, but other states may take up the issue. 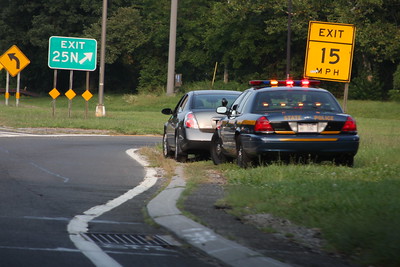 Will This New Rule Interfere With Police Work?

Two judges dissented from the Oregon Supreme Court’s ruling as they believed that the new state rule went too far. If a police officer cannot even engage a driver in a conversation during a ten-minute stop, what can the officer do?

The new rule would arguably foreclose other police tools to catch wrongdoing, including the ability to contact colleagues to see if they know the driver or to speak with others about the driver who may be present. Certainly more crime would go undetected if police were restricted from merely asking for consent during a stop.

What Might Happen If I Refuse to Consent to a Police Search of My Car?

If you wish to refuse a search, you may simply say: “Officer, I’m not resisting. I do not consent to this search.” Keep repeating as necessary and only use verbal statements. Never physically resist, touch the officer, or raise your voice. The officer might still search your vehicle based on another reason, but the officer will have to justify the search to a court afterwards.

In order to lawfully search a vehicle in compliance with the Fourth Amendment, the police must either have the driver’s consent or have probable cause to search the vehicle. The point of saying you don’t consent to the search is to foreclose the consent argument if you need to fight any subsequent charges. If the police do not have your consent and they cannot show probable cause for the search before the search occurs, then any criminal case would correctly be dropped.

Do I Need a Lawyer for My Traffic Violation?

Depending on the circumstances of the stop, you may wish to fight your traffic ticket or criminal charge in court. You should speak with a criminal defense attorney immediately to learn more about your rights and to determine what defenses may be available.

Previous
« Does McDonald's Have an Obligation to Protect Workers from Violent Customers?
Next
Does Reporting Child Molestation Violate Confidentiality Rules? »