Does McDonald’s Have an Obligation to Protect Workers from Violent Customers?

McDonald’s is being sued by seventeen franchise workers for failing to protect workers from violent crime. The workers, most of them current or former employees, are in thirteen McDonald’s stores throughout the Chicago area, though they claim that the violence they experience is prevalent nationwide.

The National Employment Law Project reports that more than 700 violent incidents have been reported at a McDonald’s store within the last three years, though this figure is likely higher since managers allegedly fail to call the police in response to such incidents.

Customers threw objects at workers, climb through drive-through windows, or jump over the counters or enter the kitchen area in order to threaten or assault workers. One worker alleges she was attacked from behind with a “wet floor” sign. A few customers had guns and threatened to shoot them. One worker found a corpse in a bathroom with blood splattered all over the walls.

The lawsuit alleges that managers at the McDonald’s franchises were completely negligent in investigating, preventing, and protecting their employees. Managers refused to call the police on several occasions because police presence might scare away customers (police were called when the dead body was discovered). 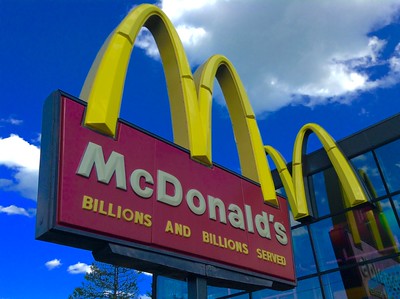 Understanding the McDonald’s Programs and Flaws

The lawsuit alleges that McDonald’s either knows or should know about the criminal activity within their franchises. Local media reported on several of these stories throughout 2019. The McDonald’s also owns or rents the real property where most of the franchises are located.

The complaint alleges that McDonald’s negligent design of the property, which is uniform throughout all stores, contributed to the incidents. Most of the stores were remodeled so that the counters are lower to the ground allowing customers to throw objects or hop over the counters to reach workers. Most bathrooms do not have locks and security cameras are often turned off or non-functional even though the stores were recently remodeled.

The lawsuit also demands that drive-through windows be redesigned so that customers cannot climb through them. Advertisements on windows block visibility of stalkers and other criminal activity just outside the premises. Additionally, the workers demand extra security especially since McDonald’s are open at late hours when many of the crimes occur.

McDonald’s denies that it is negligent and has several programs in place to prevent such incidents. It’s “Hamburger Universities” trains managers on how to manage stores, it has a comprehensive anti-sexual harassment program, and a new program designed to curb workplace violence. The corporation has also halted its remodeling projects in favor of alternative designs with better safeguards for workers.

The Difference Between Employees and Workers

A Ninth Circuit panel recently ruled that McDonald’s has no control over the workers at its franchises and that franchise workers are therefore not McDonald’s employees. This ruling makes it more difficult for McDonald’s workers to seek overtime time, healthcare, and other benefits from the corporation itself.

Plaintiffs in the Chicago safety case have used this ruling against McDonald’s. Employees in Illinois are normally forbidden from filing claims against employers outside the workers compensation system. However, state law permits workers to file claims against other entities that have contributed to their damages.

Should Franchise Corporations Be Responsible for Their Worker’s Safety?

The franchise system gives franchise store owners greater control over their workers. McDonald’s Corporation does not tell the stores who to hire, fire, or how much each individual worker should be compensated. On the other hand, McDonald’s sets high level policies, decides what products each store sells, how each store looks, and provides training for managers and workers.

Most importantly, many of these stores make decisions based on what they think the corporation wants. If managers are not calling the police because they are afraid doing so would cut into profits, it would be McDonald’s Corporation that sets the record straight on whether to prioritize profit or safety.

McDonald’s stores are run by different persons, but the corporation has always sought to make the stores uniform so that customers have the same experience no matter which McDonald’s they visit. If the food, the store layout, the uniforms, and the training are all the same, worker safety should probably also be uniform.

Of course, the actual franchise owners who control and operate each individual store would be potentially liable. Even though the stores did not employ the customers or other individuals who attacked the employees, the stores are still liable under most state laws if they were negligent. Furthermore, the sexual harassment of the women would potentially be considered a hostile work environment and thus illegal sex discrimination under the Civil Rights Act.

What Can You Do About Workplace Injuries?

Getting compensated for workplace injuries can be extremely confusing. Depending on the state, industry, and other issues, there may be a variety of procedural obstacles to being compensated for your injuries. If further disputes arise, you should speak with the proper employment attorney who will inform you of your legal rights.

Previous
« Can You Be Forced to Disclose Your Computer Password to the Police?
Next
What Kind of Questions Can Police Officers Ask During Traffic Stops? »