Can You Be Forced to Disclose Your Computer Password to the Police?

With the world increasingly online, the evidence to prosecute crimes has also moved onto the internet. In a digital world though, many electronics are protected by passwords, among other security measures. Thieves and police alike are stymied by these passwords.

The easiest way for police to access computers, phones, and laptops protected by computers is to ask the owner for the password. However, the Fifth Amendment’s gives criminal defendants the right not to incriminate themselves – hence the right to remain silent. States are divided over whether the Fifth Amendment extends to the production of computer passwords. 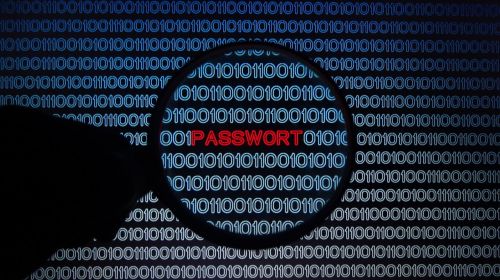 State law differs on whether defendants can be compelled to provide their passwords based on whether the judges believe that providing a password is testimony or an act. The Fifth Amendment only protects a defendant from testifying against him or herself.

It does not prohibit the police from collecting personal data on a defendant. For instance, most states permit the police to collect a blood sample pursuant to a warrant. However, police cannot force the same person to tell them what their blood type is.

When the agents found it had been wiped clean, they executed another search warrant in October 2015. Davis refused to provide the password and declared he would die in jail before giving it up, even though he also claimed he couldn’t remember his 64 character password. The Pennsylvania Supreme Court ruled in a 4-3 decision that criminal defendants cannot be forced to give their computer password to the police.

The Pennsylvania Supreme Court’s majority ruled that revealing a computer password is testimonial in nature and thus protected by the Fifth Amendment right against self-incrimination. The Massachusetts Supreme Judicial Court reached a different conclusion earlier this year. In Massachusetts, a defendant can be compelled to enter a password if prosecutors can show beyond a reasonable doubt that the suspect knows it.

The Massachusetts High Court determined that a defendant forced to enter a password discloses only that they know the password and can access the device. Courts in New Jersey and Indiana are reviewing similar cases.

What are the Alternatives to Asking the Owner for Their Password?

Asking the owner for his password should be treated as self-incriminating testimony. Although the Pennsylvania Supreme Court’s blood analogy is adept, the standard home search is a more useful comparison. First, police need a valid search warrant regardless of whether they want to search the home or an electronic device. The 4th Amendment gives every American a reasonable expectation of privacy that cannot be violated absented exigent circumstances or a warrant.

Second, police can execute a search warrant without the owner being present. They do not have to ask the owner for the keys to the front door. Police generally knock and present their warrant to whoever is currently residing inside, or present to the landlord or property manager. If no one answers though, the police are permitted to break the door to execute the warrant.

Warrants give the police the right to search for evidence, but the defendant is not obligated to assist them in the search. If a computer is comparable to a home, the password would be the lock on the front door. Police are permitted to break the lock in order to execute the warrant.

However, police are not entitled to the key itself, even if the owner refuses to open the door. Once inside the home, the police have the power to search for the murder weapon or other evidence, but the defendant need not answer any questions about where evidence may be located.

Similarly, a warrant permits the police to open a laptop, but it should not mean that the defendant must cooperate with the search. The police can ask witnesses for the password, hire technicians who can crack the password or bypass the security measures.

What police cannot do is force the actual defendant to turn over information that may implicate the defendant. Nevertheless, this is a question that the U.S. Supreme Court may eventually weigh in since states are divided on how pass to answer it.

Can an Attorney Protect My Right to Remain Silent?

Criminal charges are life changing and it is in your best interest to get counsel. An experienced criminal defense attorney can help protect your rights and represent your interests.

Previous
« DoorDash Sued for Wrongfully Taking Tips from Drivers
Next
Does McDonald's Have an Obligation to Protect Workers from Violent Customers? »