New rules regarding police conduct have started coming down in the wake of 2020’s explosive racial tensions. The Supreme Court delivered the first of such limits on police powers as the high Court ruled unanimously that police cannot enter and search a home without a warrant even for “community caretaking” services.

In 2015, Rhode Island police received a call from a woman who claimed that her husband, Edward Caniglia, had placed a handgun on the dining room table and asked her to “shoot him and get it over with.” Mrs. Caniglia left and called the police the next day when she couldn’t reach him. The officers found Edward sitting on his porch. Although he denied being suicidal, he agreed to go to the hospital for a psychiatric evaluation. However, he left on the explicit condition that officers not confiscate his firearms.

The police officers confiscated Mr. Caniglia’s firearms while he was in the hospital. 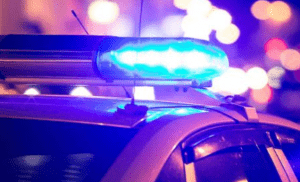 Caniglia sued the officers on the basis they had violated his 4th Amendment rights by searching his home without a warrant and against his consent. The trial court and the First Circuit Court sided with the police, who argued that the search was lawful because it was a “community caretaking” duty. The Supreme Court rejected this logic.

For the last several decades, police have slowly taken on more responsibilities beyond law enforcement. Police are sometimes called to protect people from themselves. However, police are still required to execute a warrant even if the only danger a defendant poses is to him or herself. Justice Alito pointed out there may be circumstances where this may actually be harmful to someone. For instance, many elderly people live alone. Their neighbors and children may occasionally call the police to determine if they are okay from time to time, but this rule would potentially impair such investigations. However, Alito still joined the 9-0 decision as the elderly person example was not the case before the court.

Is the Second Amendment Necessary to Limit Police Power?

The ruling comes on the heels of public interest on police powers in the community. Police around the country faced significant backlash last year after the murder of George Floyd on camera. The officer responsible for Floyd’s death was ultimately convicted though his case is now on appeal.

However, the case will likely not stop the push for more “red flag” laws that various cities and states have begun enacting. Red flag laws are gun control laws that permit police or family members to petition a state court to order the temporary removal of firearms from a person who may present a danger to others or themselves. The concept of red flag laws are not new – restraining orders often come with an order for police or sheriff’s to seize the defendant’s weapons as well. However, they became more common during the pandemic. A restraining order itself would serve as the warrant that police would execute to seize firearms. The firearms would be returned once the order expires.

Do I Need a Lawyer if I Believe an Unlawful Search Has Occurred?

If you believe that your property has been illegally seized, you should contact a local criminal attorney as soon as possible. In reviewing your case, your attorney will be able to determine if any of your constitutional rights were violated.