Dartavius Barnes was pulled over in a routine traffic stop on April 6, 2020, by Illinois police for allegedly speeding and running traffic signs. Barnes cooperated with officers as they handcuffed him and searched his vehicle. Barnes admitted that he was carrying some marijuana, though officers found 80g of marijuana.

However, officers also seized a small metal container. The officers allegedly opened the container and some of the contents spilled out. Barnes pleaded for the officers to leave the object alone – it was an urn for his deceased daughter. Ta’Naja Barnes died in February 2019 and the other was sentenced to 20 years in prison. Despite Mr. Barnes’ plea, officers claimed it tested positive for meth.

Officers eventually decided not to retest the contents and returned the contents to another family member also at the scene. Barnes himself was released after receiving a court notice for illegal possession of marijuana.

Barnes filed suit against the City of Springfield, alleging that the officers had “desecrated” his two year-old daughter’s ashes. The police department has denied all wrongdoing. Barnes seeks compensatory damages in a jury trial, which is set for August 2022. 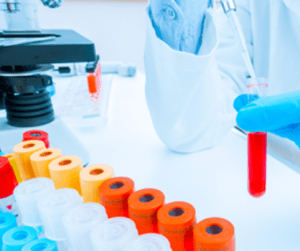 The case is taking place amidst a larger debate in Washington DC as Congress debates a police reform bill during the anniversary of George Floyd’s murder. Many have come to believe that the police have been shielded from accountability by qualified immunity, a legal doctrine that government officials are immune from civil suits for certain actions unless there is an otherwise clear violation of the law.

On its face, qualified immunity for certain government officials and certain acts makes sense. Judges should not be sued merely because they rule against someone in a civil or even criminal case. Lawmakers should not be sued merely because they vote for a certain law. Government would grind to a halt if every citizen could sue every government official for an act a citizen disagreed with. Moreover, the proper correction for bad policy is at the ballot box, not the courthouse.

However, police officers who violate the law are doing so outside of government policy. There is no policy that states it is permissible to kneel on someone’s neck for 10 minutes. Changing public policy arguably would not have been enough; the individual officers themselves must be held to account by both the state and the families of those they have wronged.

Barnes’ case would likely be over if and when the George Floyd bill is signed into law. Even if it weren’t though, Barnes was impacted by bad policy rather than by individual officer misconduct. The war on drugs has been ongoing since the 1970s and the policy to criminalize drug usage as a felony has led to wider searches of private homes and vehicles.

Ta’Naja Barnes’s ashes being treated as meth isn’t solely the result of bad police officers, but bad policy being made by the country as a whole. Bad policing doesn’t just come down to individual bad officers, but extends to many of the laws they are enforcing. The debate over qualified immunity should extend to America’s drug laws as well.

Do I Need an Attorney to Deal With Police Searches on My Vehicle?