The case involves a man from Clear Lake whom police were investigating on suspicion of drug dealing. The officers searched the man’s trash can in a public alley outside his home and found garbage that tested positive for cocaine and morphine. The police used this information to obtain a warrant to search the home and they found small amounts of marijuana and a prescription drug he did not have a prescription for. The man was convicted of misdemeanors and sentenced to two days in jail.

The new ruling effectively bans an investigative practice used by police around the country since 1988 when the United States Supreme Court found that the 4th Amendment does not prohibit search of garbage outside a home. Iowa joins a minority of states, including Oregon, New Hampshire, Vermont, Washington, New Mexico, and New Jersey, which forbid police trash searches even if the federal constitution does not extend to the trash bins.

Do We Expect Our Trash to Be Private? 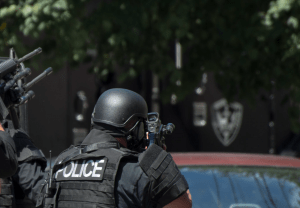 Our garbage occupies a gray area that the law struggles to properly categorize. Trash is ordinarily not important to the average American –that’s why trash is in the garbage bin to begin with. We dispose of our trash and expect it to go to the local dump. Or we discard our trash and completely forget about it. Either way, Americans don’t really think much of our garbage once it is out of sight and then out of mind.

However, trash can reveal a lot about their previous owners. Trash reveals what the household has recently purchased, what kind of food they like, the medication they use, and other information that most Americans believe is personal. Indeed, some cities forbid residents from accessing each other’s trash while it sounds out on the curb awaiting collection. If ordinary citizens are forbidden from dumpster diving into each other’s trash, some amount of privacy is expected for our trash.

On the other hand, the right against unreasonable searches is not limitless. Under certain circumstances, police are permitted to search cars and personal property without a warrant. Trash of course is less private than our cars, phones, or other personal property. The limitations are also non-nonsensical; why does it matter if the trash is in front of the house or on its way to the dumpster? If an officer collects trash from the city dump and then finds a way to link it back to a specific house, does the protection go away? Either all trash should be off limits or it should all be searchable. 4th Amendment rights should not end just because the trash moves around.

The dissenting justices made conflicting arguments that are rather far-fetched. Justice Waterman was concerned that banning state trash searches would lead to more federal drug prosecutions and therefore longer prison sentences. This is a flimsy point at best as federal drug charges do not always follow state charges. Even if they did, criminal defendants would probably prefer not to serve state prison sentences on top of federal prison sentences. Being charged with a state crime does not preclude federal criminal sentencing.

Justice Christensen argued that restricting law enforcement in this manner would undermine public safety as officers would have less means of conducting investigations. But trash from a garbage bin isn’t always the most reliable evidence one can obtain. Passersby’s might throw their trash in when the homeowners aren’t looking. Rental units might share trash cans. House guests can throw their trash in or the homeowner could simply be a good Samaritan who picks trash off the street to dispose of later. If trash is the best evidence that police officers can use to justify a search warrant, perhaps those prosecutions are not worth pursuing in the first place.

Do I Need a Lawyer if I Believe an Unlawful Search Has Occurred?

If you believe that your trash and/or your other property have been subjected to an unlawful search, you should strongly consider contacting a local criminal attorney as soon as possible. In reviewing your case, your attorney will be able to determine whether law enforcement violated your constitutional rights.