This year’s Texas deep freeze storm has also brought its first wrongful death lawsuit. The family of 11-year-old Cristian Pineda alleges that the Texas Power Provider Electric Reliability Council of Texas (ERCOT) and Entergy Corporation’s gross negligence lead to the death of their child. Pineda allegedly suffered from hypothermia when the family lost electricity and heat in their mobile home during the historic snow storms.

Cristian allegedly died on February 16, 2021, in his home in Houston while attempting to stay warm under a pile of blankets with his younger brother. Cristian had been playing in the snow on the day before his death. Maria Pineda, his mother, found her son unresponsive and attempted CPR and called 911, but to no avail.

ERCOT states it initiated emergency rolling blackouts on Feb. 15 after a snowstorm sent temperatures falling to sub-freezing levels in Texas. The agency said it took drastic action to avoid a catastrophic statewide blackout. However, the lawsuit contends that ERCOT made an intentional decision to cut power to those most vulnerable to the freezing temperatures while office buildings and other commercial entities were permitted to keep their power.

The Pinedas were allegedly without power and heat for two days while temperatures plummeted to 10 degrees in their area. ERCOT allegedly neglected to inform the Pinedas or anyone else in their area that the power would be out for days. Instead, ERCOT sent messages that mislead the Pinedas about the length of the outages. If the family had been properly informed, they might have left the area or taken more proper precautions. 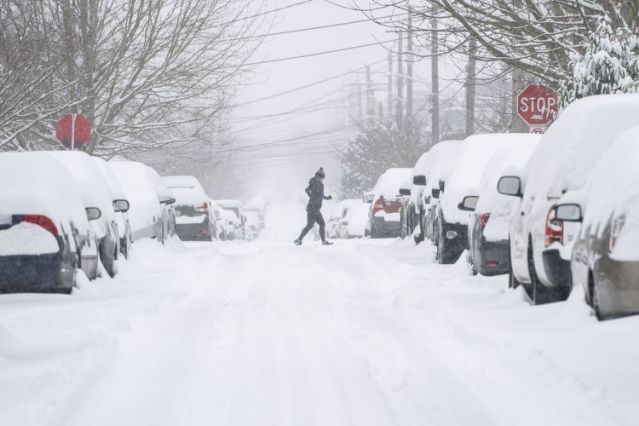 This case straddles the divide between negligence and intentional acts. EROCT alleged failure to warn about the extent of the blackouts is typical example of negligence – a failure to act. However, EROCT was also the party that determined which parts of the city could do without power and put out information that the Pinedas alleged was misleading. These were intentional acts even if it is disputable whether they were malicious ones.

Indeed, the lawsuit accuses EROCT of turning off power for “those who were most vulnerable to the cold” while leaving the power on in office buildings and other areas that were completely unnecessary. The decision to leave the power on in some parts of their covered areas and not in others was perhaps an intentional act. The only question is why EROCT allegedly made the decisions it did. It is very unlikely that EROCT intentionally left children to freeze to deaths. Money and the ability to pay could have factored into their decision-making. However, it is also possible that there was no real decision-making – EROCT might have put too little thought into a a kind of storm that didn’t occur often in Texas.

EROCT’s Act of God defense in this case may be limited. Although Texas does not typically suffer snow storms, EROCT may have had knowledge from weather forecasts at least a week in advance and knowledge that the systems had not been upgraded in a decade. Cristian’s estate alleges that EROCT could have taken preemptory action that could have averted a power outage that ultimately killed Cristian. At the very least, EROCT could have put out proper warnings so that Cristian’s parents could have had better information.

Cristian’s comparative/contributory negligence here is minimal. As a child, it was to adults to keep him safe. Indeed, playing in the snow is not unreasonable for a child his age. Cristian’s parents could have kept him inside or taken the family out of the area, but without proper information it is difficult to assess what his parents should have done.

However, there are other cases where the deceased were arguably at fault. There are numerous deaths in Texas from adults turning on ovens and stoves to keep themselves warm only to die of carbon monoxide. This was arguably unreasonable but is not an issue here. As an eleven-year-old child, Cristian is the perfect test case for whether EROCT or other power providers in Texas can be held culpable for any role in the Texas snowstorm power outages.

Do I Need a Lawyer If I Am Dealing with a Wrongful Death Lawsuit?

Wrongful deaths are tragic, but complicated cases. A local personal injury lawyer can help you through your case and hold the other party accountable. It is an especially good idea to have a lawyer if you plan on fighting out the lawsuit in court.