Georgia Governor Brian Kemp issued an executive order prohibiting local counties in Georgia from mandating or requiring that face masks be worn in public to mitigate Covid-19. The order effectively voids local orders issued by at least 15 local counties. Kemp’s administration “strongly encourages” residents and visitors to “wear face coverings as practicable” when in public. The Governor’s office believes that such local orders are “unenforceable.”

Kemp’s executive order draws intense scrutiny as more governors are implementing mandatory statewide masks orders in their respective states. Alabama Governor Kay Ivey joined the ranks as he issued a mandatory facial mask order in his state on the same day Kemp signed the executive order to prohibit mandatory mask-wearing ordinances. It is unclear why Kemp believes such orders are unenforceable in Georgia but seemly enforceable in other states. As half the states have now issued mandatory mask orders, Kemp stands alone in his bizarre position. 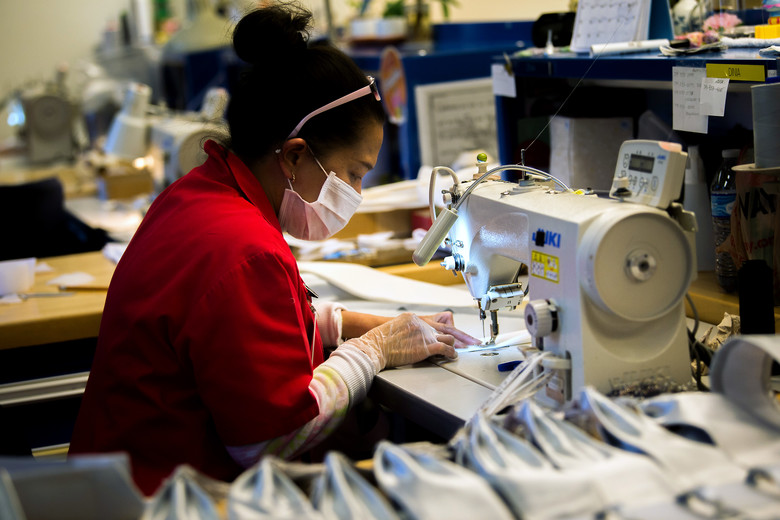 Is It Constitutional For States To Mandate Residents To Wear Face Masks in Public?

Mandatory facial masks potentially restricts a general right to liberty. However, there is no defined right in the federal constitution that a general mandatory mask law violates provided that it applies to all citizens. States generally have the power to enact such laws through their police powers in order to protect general health and safety. The federal government arguably would not be able to enact a similar law as the federal government does not have similar police powers.

On the other hand, the states’ justification is wide-ranging. In the midst of a global pandemic, states have the responsibility to take reasonable measures to protect citizens from a deadly virus. Masks are only required when one travels in public – people are not required to wear masks in their own homes. The masks can be removed easily and are cheap and sometimes even given away for free by private businesses. Compared to mandatory stay at home orders, mandatory

Do I Need An Attorney For A Face Mask Issue?

A criminal defense attorney can make sure you know all your rights, that they are being protected, and will know the best strategies to help you get the best outcome possible in your case. With criminal charges, even for facial mask wearing, access to an attorney is your right.