The decade beginning with 2020 has been an interesting time period for Constitutional law. Current developments such as the Covid pandemic and Black Lives Matter protests/riots and recent Supreme Court appointments have triggered a cascade of new Constitutional issues and case law. Below are some recent constitutional controversies that have arisen recently in North Dakota and the rest of the nation: 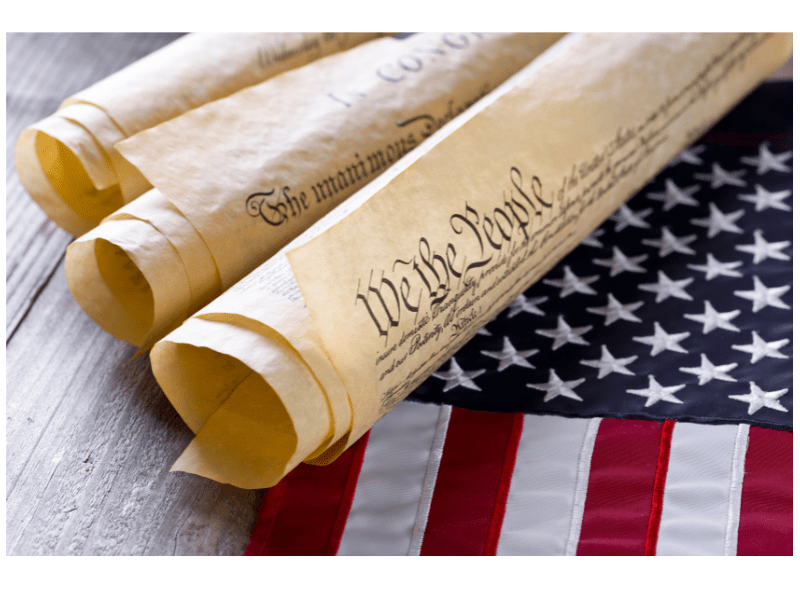 With the downfall of Roe v. Wade, abortion is once again at the forefront of legal controversies. Red River Women’s Clinic was the last abortion clinic in North Dakota before Dobbs was officially announced, but the clinic will be moving to Minnesota shortly. The clinic will move as the state government of North Dakota prepares to ban abortions except in cases of rape, incest, or to save the life of the pregnant patient. As of the writing of this article, there is no word on whether the clinic attends to challenge the ban.

North Dakota was one of the first states to prohibit mask requirements by state officials. The state legislature overrode Governor Doug Burgum’s veto of the bill that banned state officials from requiring residents wear masks to protect against COVID-19. Lawmakers contend that mask mandates are overreach by the government. State health officials still recommend the use of facial masks to lower the risk of being infected with the virus.

North Dakota also banned state officials from requiring vaccinations, though prisons and hospitals are exempt from the ban. Private employers are permitted to require vaccinations, but North Dakota permits employees to opt out for reasons including morals, proof of antibodies over the past six months, having a doctor’s note, or undergoing weekly testing. North Dakota has joined several state lawsuits challenging President Biden’s authority to impose vaccine mandates at the federal level.

The 4th Amendment prohibits police officers from searching your person, home, or vehicle unless the officer has a warrant, there are circumstances that justify the search, or unless you consent to the search. If a prosecutor cannot prove one of these factors were present during a police search, then the search would be an unreasonable search and the evidence suppressed. Americans have the right to deny consent to a search. However, an officer may still attempt to search a property even if consent is denied. If that occurs, do not attempt to physically stop such a search, but make it clear that the search is against your wishes.

Firearm laws in North Dakota are very liberal. Residents are not required to obtain a permit, undergo a background check, or register their firearm in order to purchase a handgun from a private individual. Open carry of handguns is legal for residents with a Concealed Weapon License (CWL). North Dakota allows the use of deadly force to defend one’s self or another from a violent felony, serious injury, or death. There is no duty to retreat from one’s home or place of work.

Do I Need to Hire a Lawyer in North Dakota to Protect My Constitutional Rights?

If you believe your constitutional rights have been violated by a government official or agent, then you should hire a North Dakota lawyer immediately to further assist you. A skilled attorney in North Dakota will be able to advise you of the legal rights and protections that are granted to you under both the state and federal constitution.