Ng Wai Chung, a Hong Kong resident who plays under the name Blitzchung, was one of the top players in the Asia-Pacific region of the online card game Heartstone. Chung gave an interview broadcasted on Twitch, the video streaming platform, while wearing a gas mask and dark goggles that evoked the activists during months of street protests. Towards the end of the segment, Chung said “Liberate Hong Kong, revolution of our times!”

Blizzard’s retribution was swift and brutal. Two days later, the company officially banned Chung for four years (isn’t that just a suspension?), rescinded his $10,000 prize, and fired the two commentators who had been interviewing Chung when he professed his support for Hong Kong.

Blizzard justified its position on the basis that Chung violated one of its rules that forbids “Engaging in any act that, in Blizzard’s sole discretion, brings you into public disrepute, offends a portion or group of the public, or otherwise damages Blizzard image.” Blizzard’s citation of this rule is ironic given that Blizzard’s heavy handed action has damaged Blizzard’s image more than any statement that Chung could have given.

The gaming community condemned Blizzard for seemly caving to the Chinese government even though Beijing had not commented on the interview beforehand. Notably, Tencent Holdings Limited, a Chinese conglomerate, owns a 5% stake in Activision, Blizzard’s parent company.

The opposition has been bipartisan with United States Senators Marco Rubio (R-Florida) and Ron Wyden (D-Oregon) both criticizing the California based company for siding with the Chinese Community Party. Blizzard employees have also staged walkouts in protest of their employer’s actions.

If Blizzard thought they were punishing Chung for his actions, then they failed completely. Chung is more popular than ever and a rival game company, Gods Unchained, paid Chung all his lost winnings and gave him a free ticket to play in their own $500k tournament.

On October 12, 2019, Blizzard released a statement that partly reversed its previous punishments but refused to acknowledge any wrongdoing. Blizzard acknowledged that Chung had played fair during the tournament itself and so the company “believe he should receive his prizing” (notably the wording doesn’t actually state he would receive his prizing).

Blizzard also reduced Chung’s suspension from four years to six months. The basis for Blizzard’s position is that Chung’s comments on Hong Kong had distracted from the competition itself. Blizzard alleges it did not suspend Chung because of the contents of his message or because of Blizzard’s relationship with China.

Did Blizzard Breach Any Contracts?

Blizzard’s withdrawal of its previous denial of Chung’s prize money would prevent any real lawsuit from taking off. Chung’s potential lawsuit would have been limited to any prize money that he was denied and potentially attorney’s fees if there were a contractual or statutory basis for recovering legal fees. Even if Blizzard hadn’t reversed its position on prize money though, the duty to mitigate damages would have required Chung to take up Gods Unchained’s offer instead.

Putting the issue of damages aside, the first question would be whether a contract existed to begin with. A contract is generally an agreement between two parties creating a legal obligation for both of them to perform specific acts. Each party must exchange something of value, known as “consideration.”

No valid contract as understood by the law exists here. Notably, the company does not charge players for playing the game or competing in it (the game makes money from microtransactions and ad revenue). Although Blizzard may offer to pay travel expenses, the company is not bound to do so. There is no real exchange of value for a valid contract to take hold. 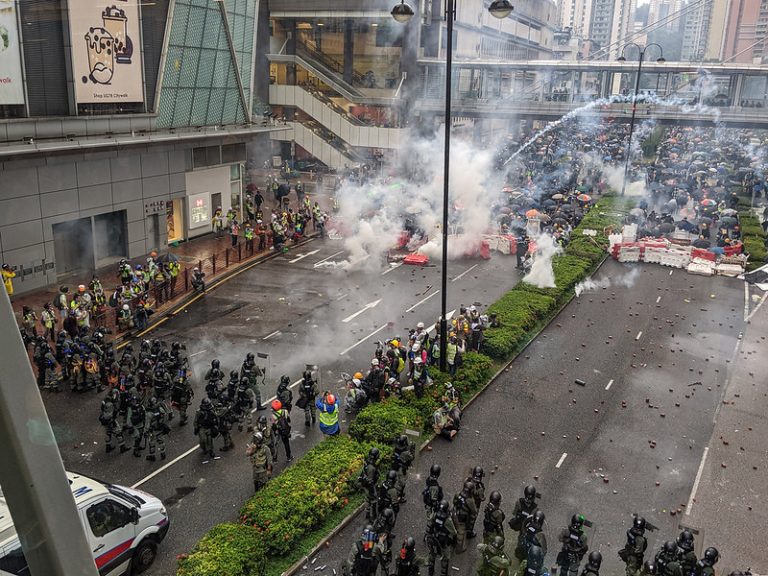 Did Blizzard Breach Any Laws Regarding Competition?

Federal and state law recognizes two types of competitions that are potentially legally binding on the organizer of the competition: contests and sweepstakes. Contests involve some skill and generally presume that the person with the most talent wins.

Blizzard’s Heartstone tournaments would be considered a form of contest. There is an element of chance involved in the games as cards are shuffled into and drawn from a randomized deck. However, the players choose what cards to put in their decks and their decisions during a game decide who wins; the player who picks the best cards and makes the best decisions should win. In that way, the game is a contest as there is a degree of skill involved as well.

However, Blizzard has created a series of terms and conditions that both govern how these contests are run and are designed to limit Blizzard’s legal exposure to such claims. These policies are laid out in the company’s forty-four page 2019 Tournament Player Handbook. Blizzard’s handbook is written in a manner that negates any potential legal claims.

First, “Blizzard reserves the right to refuse prize payments to any team organization in its sole discretion.” The agreement makes Blizzard the sole decision maker in who receives prizes. Though this arguably overrides the “skill” portion of a contest, the discretion is valid for all organizers to avoid unjust outcomes because of contestant cheating.

Second, the terms and conditions in the handbook include a mandatory arbitration provision. Any lawsuits filed would never make it in front of a jury and would instead go before an arbitrator that Blizzard is properly familiar or at least comfortable with. Such arbitration provisions are approved by both Congress and the judiciary.

Finally, the handbook limits all damages to $500. Given that many courts have an initial filing fee that is around or exceeds $500, most player would lose money by suing Blizzard even if they were able to convince the arbitrator that the company was in the wrong.

What is the Difference Between Neutrality and Equality?

Most companies will point to their rules stating that all political messages are prohibited. These rules put a veil of neutrality and objectivity that is undeserved. Although many rules are equal on their face, it does not mean the rules are equal in application.

The most (in) famous example of this principle is when the Supreme Court overturned “separate but equal.” To be sure, Blizzard isn’t practicing a form of segregation. However, just because a rule is written so that it’s neutral does not mean that the rule is fair or just. The veil of “neutrality” should be called out as a lie when it is applied in an unequal manner.

Blizzard itself has always exhibited liberal or at least progressive viewpoints. Many of their games out of their way to include (human) characters who could come from any corner of the world, including Asia, Africa, Eastern Europe, and Central and South America.

In 2017, the company launched a “diversity and inclusion initiative” to attract women and minority employees. Games such as “Starcraft 2: Wings of Liberty” and “Overwatch” are about heroes fighting against a tyrannical government.

Blizzard has banned or suspended players mostly for sportsmanship reasons. It suspended Felix Lengyel in January 2018 for four matches and fined him $2000 for making homosexual slurs after he lost to an opponent. Blizzard drew some criticism for suspending players for “toxicity” where players would type insults at each other, refuse to cooperate, or outright leave their team in the middle of a game.

However, Chung’s punishment was out of proposition compared to previous violations. Given that many offenders were suspended for a few games, banning Chung for four years and withdrawing his prize money appears grossly excessive.

Blizzard even fired the interviewers who spoke with him! The player community and the public was correct in its outrage since the harshness was more in line with Beijing’s approach to dissenters than Blizzard’s own handling of other offenses.

By punishing Chung in such a heavy handed manner that was out of proposition with Blizzard’s other bans and suspensions, Blizzard itself was promoting China over Hong Kong. Ironically, the punishment itself was a form of company speech in favor of one part over another.

That message was not only in contrast to American values, where Blizzard is incorporated, but also to Blizzard’s own stated values of “every voice matters.” Reducing Chung’s punishments is a good start, but Blizzard should also issue a formal apology to Chung.

Previous
« Can an Attorney or a Client Waive Privilege By Talking about their Communications on National Television?
Next
How to Choose the Right Law School »