However, with success comes scrutiny. Labor rights groups are warning that ride-sharing companies are increasing prices on passengers while short-changing drivers. The criticism that Uber and Lyft are taking advantage of their drivers is not a new complaint. A JP Morgan study in 2018 found that rideshare drivers made fifty-three percent less wages in 2017 than they did in 2013.

Drivers have filed suit against Uber from coast to coast for violation of federal minimum wage and overtime laws. To combat the lawsuits directly, Uber has also written arbitration provisions into its agreements with drivers, thereby diverting all lawsuits away from juries. Courts have given inconsistent rulings on whether ridesharing drivers are independent contractors or employees.

The contractor versus employees debate is essential to whether rideshare drivers are covered under the Fair Labor Standards Act (FLSA). Employees are entitled to minimum wage and overtime under the FLSA; contractors are not. The protections are rooted in the amount of control that each class has over their performance. A contractor has control over his or her work. Employees must take direction from their employers. 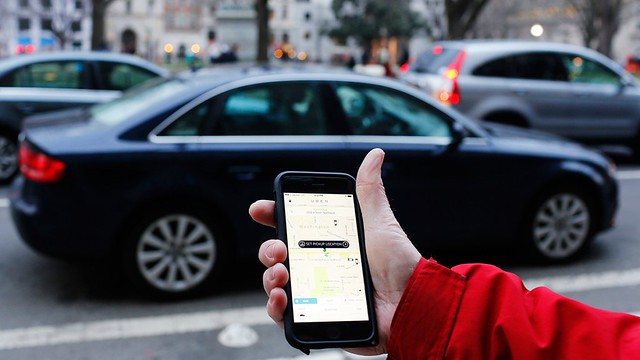 The Uncertain Future of Ridesharing

Although passengers and drivers alike are feeling the pitch in their wallets, the price and wage changes are not completely unwarranted. Uber and Lyft reported $1.8 billion and $911 million in losses last year, respectively.

The two companies have long relied on Silicon Valley investors and private backers to fund their businesses. Reporting millions and billions in losses right after going public will severally restrict their ability to attract new capital. If the ridesharing companies are compelled to provide higher wages and other benefits to drivers, the entire house of cards may collapse.

However, the current ridesharing model may not be sustainable even without the threat of lawsuits forcing companies to comply with employee wage laws. Uber drivers have anonymously complained that the company changes the rules on a regular basis even while slashing driver bonuses and wages. One-third of Uber drivers take on debt to pay for the job. As a result, some drivers are losing money for the privilege of working for Uber.

Although the problem has not yet reached critical mass, one wonders how long this model can remain sustainable. If the companies are reporting losses one year after going public and are forced to cut wages as a result, it may lead to an exodus of drivers as further and further cuts are made.

Uber and Lyft are Moving to Cut Out the “Middleman”

Despite the setbacks, Uber has expanded its research and development into self-driving cars.  If self-automated vehicles were perfected, it would be almost the perfect solution to the looming ridesharing crisis.

Robot automobiles would both increase profits and remove the employee/contractor issue entirely. However, ridesharing would be yet another job demolished by automation. Although one-third of Uber drivers may be getting a bad deal today, it is possible that the position of Uber driver may be completely extinct tomorrow.

Still, it is regrettable that Uber and companies like it would seek to remove the human element rather than work with the people who are the backbone of their current business. Although it makes business sense to minimize losses and return greater profits, at the end of day the goal of these profit and loss margins is to benefit people. Uber may be better off if it can replace drivers with software, but it will be society that bears the loss as more jobs are cut as a result.

Previous
« Could Choosing Homeopathy Over Medicine Be Considered Child Abuse?
Next
Why Mandatory Arbitration is an Inappropriate Solution to Workplace Sexual Harassment »