Could Choosing Homeopathy Over Medicine Be Considered Child Abuse?

Parents play a critical and unique role in their children’s lives. They are providers, protectors, and make important decisions regarding their children’s future. But what should happen if they fail to provide, protect, or make the right choices?

If a parent is not feeding a child, then it is clear that the parent is not providing. If they are exposing a child to danger, either in the home or in the world, then they are clearly not protecting. But what is considered a good choice or a bad choice?

If a parent decides not to circumcise their son, once upon a time it would be considered a failure of them looking out for their son’s future health. But now, more and more new parents are skipping circumcision. What was considered a mandatory step is now passed over or even outrightly debated as mutilation.

But what about parents who refuse to vaccinate their children? Or refuse to let their child undergo, what is considered by medical professionals, necessary medical care?

A couple in Florida recently made the news after they refused to continue chemotherapy with their 3-year-old child who was diagnosed with acute lymphoblastic leukemia. Instead, they chose homeopathy, and tried CBD oil, alkaline water, mushroom tea, herbal remedies, and diet changes to fight this fatal disease.

Given the amount of social media outrage over this story, it seems like the majority of society will agree that the parents in this situation have failed to make the right choice for their child. Since they have failed as providers and protectors, their child was justifiably taken from their custody.

When does a parent’s right to make decisions for their child’s health go from a right to neglect? Will failing to vaccinate your child be seen as a form of neglect or, much like circumcision, turn into something that will one day be considered (by some) barbaric? 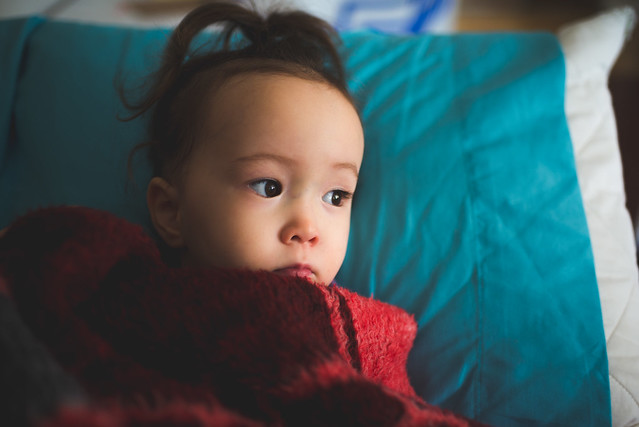 For hundreds of years, at least in recorded history, children were simply viewed as property of their parents (more specifically, their father). The parents brought the child into the world, so they were responsible for the child’s well-being as well as the child’s actions. If the parents neglected or hurt the child, it was essentially them destroying their personal property.

In modern day terms, if someone bought a new car and decided to destroy with a monster truck, then it is their choice. While it might not make sense to the rest of us, their choice must be respected if the car legally belongs to them.

The United States legal system has strong foundations on the idea of autonomy and liberty. The walls that separate our home from the outside world are meant to be respected, and privacy is considered a right (even though it is not explicitly stated).

But around the early 1800’s, the United States legal system began to intervene in the home and punish parents who neglected their children. Typically, in cases where children were sexually abused, chained up, and suffered from “needless” cruelty.

It wasn’t until the early 1900’s when organizations and societies were created and solely dedicated to the safety and care of children. But even then, these groups were focused on active neglect, like starvation and abuse. While lack of an education was eventually considered to be a form of neglect, we have finally entered a world where we need to ask if failing to vaccinate your child would be considered abuse.

There is one basic assumption that is the foundation for the laws and reasoning surrounding parents’ rights and child abuse. The assumption is that the parent will do their best to care for the child. For many parents who choose homeopathy over medicine, they consider their decision to be the best choice and they make in the best interest of their child.

So where do we go from here?

When Does Homeopathy Become Child Abuse?

Homeopathy and other non-medical treatment, for illnesses ranging from asthma to cancer, are growing in popularity. There are are many reasons some parents are skipping conventional medical care, but most of the reasons boil down to one universal belief: they don’t work.

But when does it go too far and become medical neglect? Lavender and tea tree oil over antibiotics. An herbal extract over insulin. A gluten-free diet over chemotherapy. While these might seem like hyperbolic exaggerations, a child died of Type I Diabetes when his parents decided to treat him with herbal remedies instead of giving him insulin.

As explained above, the concept of child abuse is founded from the idea that the parent does not care for their child or even intends to injure their child. It’s how society has understood it for over a hundred years. Over time we have evolved to think of educational neglect as a form of abuse, even if the parents want to withhold education.

But what about deeply religious communities, like the Amish? While Amish children learn important trade skills, formal education ends at the 8th grade level. Yet Child Protective Services does not go to Amish communities and take their children. What constitutes child abuse is not clear, even in situations where the government has made a clear stance.

So how do we decide when homeopathy goes too far? When a child is badly injured? When they die? Or do we have a right to stop it before it starts?

Stories float around about parents refusing to give children antibiotics, for something like an ear infection, and instead are choosing a homeopathic option. When they tell the doctor that they refuse, or if it is discovered that they never filled out the prescription, is that abuse? Is it okay because it’s something innocent like an ear infection?

When It Comes to Medical Decisions, Child Abuse Seems to Walk a Fine Line

At the moment, the law seems to have the view that a parent has a right to make medical choices for their child until something goes wrong.

Sadly, there are cases where a child is facing a terminal illness and instead of pursuing aggressive treatment to prolong their life by a few months or even a year, their parents make the choice to focus on comfort care so their child doesn’t experience an agonizing death. But no one would ever accuse these parents of abusing or neglecting their child.

There is a family in Oregon who decided not to vaccinate their son. But their son eventually contracted tetanus, which is an extremely painful and deadly illness. After millions spent in medical care and intensive treatment, the child’s doctors offered to vaccinate their son against tetanus to make sure it doesn’t happen again.

In this case, what sort of repercussion, if any, should they face? They did not purposefully give their child tetanus. They didn’t plan on him contracting tetanus. No one hopes or plans on their child catching a terrible illness. Their decision to not vaccinate and other parents’ decision to use homeopathic remedies, instead of doctor prescribed medication, is made with the best of intentions.

Even so, would it be considered child abuse? Their child underwent immense pain and suffering due to their decision to not vaccinate. Should the government step in? Should they, and other parents like them, lose custody of their child?

We live in a world where diseases are easily caught and what was once considered “innocent” childhood ailments, like measles, are now understood to be potentially fatal. While no parent hopes or plans on their child getting an ear infection or measles, it can happen.

The government must eventually address this issue and ask themselves if failing to vaccinate or choosing “all natural” remedies over proven medical treatment should fall under the category of child abuse. They must ask if it is a violation of parents’ rights or if the child’s safety and health is at a great enough risk to override their parents’ long respected autonomy.

We need to put aside our previous understanding of child abuse, where there must be some active form of neglect or bad intent, and remember the old adage:

The road to hell is paved with good intentions.