Donald Trump claims he will sign an executive order ending birthright citizenship, which is citizenship for children born in the United States to noncitizens. “It was always told to me that you needed a constitutional amendment. Guess what? You don’t.”

Democrats universally condemned the suggestion as unconstitutional and racist. Support was mixed even among Republicans though. A few senators like Lindsay Graham proposed bills that would mirror Trump’s request. Republicans like Speaker Ryan, opposed the plan, at least the part about doing this via executive order. Opponents have denounced the proposal as a scheme to drive out far-right voters before the mid-terms.

Jus Solis and Jus Sanguinis are not mutually exclusive. The United States has a nationality law whereby children of American citizens are automatically U.S. citizens if certain conditions are met. The most common provision is if both parents are American citizens and are married. The British Commonwealth (including Canada, India, and Australia) uses a hybrid of Jus Solis and Jus Sanguinis where both options are pathways to citizenship. 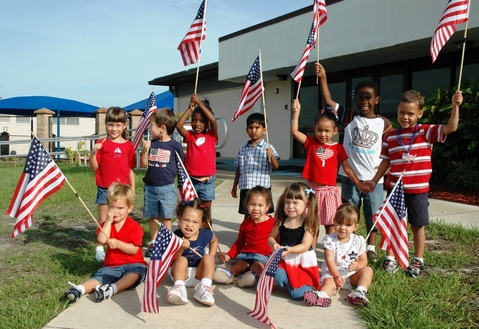 Removing Birthright Citizenship is an Illogical and Nonsensical Plan

The argument some conservatives propose to getting around the 14th Amendment is that children of noncitizens are not subject to the jurisdiction of the United States. Some White House officials suggest that Congress could pass a law clarifying the language of “subject to the jurisdiction” to exclude children of noncitizens and/or that the President could issue an executive order to executive agencies commanding them to treat persons born to noncitizen parents as noncitizens. These arguments and proposals are extremely weak for a number of reasons.

First, the proposals that Congress or the President could interpret a part of the Constitution hold no water. The purpose of an executive order is to clarify an existing law passed by Congress. For instance, the President could issue an executive order clarifying the definition of “sex” or “gender” for federal employment law purposes because Congress passed the Civil Rights Act protecting employees from discrimination on the basis of sex or gender.

In contrast, Congress has not passed any laws interpreting the meaning of the “subject to the jurisdiction” clause. The President would have no federal statute to base his executive order on and thus would have no authority to act.

Similarly, any law passed by Congress on this issue could be annulled by the judiciary. The 14th Amendment would supersede any executive order or legislation since the text in question is part of the Constitution itself.

As the Supreme Court ruled in Marshall v. Marbury, judges are the final arbitrator as to whether an action is constitutional or not. Interpreting the meaning of the phrase “subject to the jurisdiction” is the primary domain of the judiciary. The legislative and executive branches can weigh in on the issue, but the Supreme Court would have the final say.

Wong as a case precedent is also very on-point: the case was about whether a Chinese-American, born in California after California had been admitted into the union, could be subject to the Chinese Exclusion Act. The Court ruled that the federal government did not have the power to deport Wong because he was a full citizen under the 14th Amendment. Wong effectively prevents the Trump Administration from repeating what the federal government attempted to do in 1898 – deport Americans born in the United States to noncitizen parents.

Finally, reinterpreting the jurisdiction clause of the 14th Amendment would be illogical and would have severe unintended consequences. The Amendment was a direct response to Dred Scott, which ruled that slaves were property, not people.

The original intent of the citizenship clause was to make all African-Americans citizens under the law. A few Jus Solis opponents argue that the only purpose of the 14th Amendment was to make former slaves into citizens and not to make everyone born on U.S. soil a citizen.

That was the exact situation that former slaves faced after the Civil War though. Slaves were born in the United States, but they did not have the same rights as full citizens. Removing citizenship from those born in the United States without American parents would put them in the same legal limbo as post-Civil War slaves, a problem that the 14th Amendment was specifically crafted to solve.

If the Trump Administration were actually successful in this idiotic scheme, they’d be opening a new can of worms for themselves.  Every legal scholar agrees that children of diplomats cannot be American citizens even under the precedent established by Wong. As non-citizens, diplomats have no rights under American law.

They cannot vote or apply for government assistance. They have no responsibilities either though. They are not required to attend jury duty, they do not have to pay income tax, and they will be tried in their home country if they are accused of a crime, even if the crime allegedly occurred on American soil.

Giving children of noncitizen parents the same status as children of diplomats would result in the same situation as that described above. These sudden noncitizen residents would be disenfranchised and unable to access social security, but they also wouldn’t have to pay income tax and courts would be unable to hear any cases involving them.

Opponents of birthright citizenship are often the same crowd that likes to emphasize that illegal immigration is a crime. The problem is that removing birthright citizenship would also mean that the federal government would be unable to prosecute them for being in the country illegally since no court would have the power to hear their case.

Attempting to remove citizenship from potentially hundreds of thousands of Americans by reinterpreting the jurisdiction clause of the 14th Amendment might seem like a creative solution. However, it would cause way more problems as well. It would be like hitting a nail with a nuclear weapon – not only would Jus Solis citizenship be wrecked, but so would the nation’s economy and legal system.

There is also the human rights element to consider. It is fine to withhold American citizenship from children of diplomats because the country that their parents are from will always give them citizenship for their home country. A child born to the Ambassador of China will be a Chinese citizen even if the birth occurred in New York City.

Citizenship of country is not automatic for non-diplomats though. Making a Chinese-American (or a Hispanic-American) a noncitizen would not automatically make him a Chinese citizen if their parents were not a Chinese diplomat. We would be ostracized as outsides in the only country we have ever called home.

Previous
« Conflict of Interest: Doctor Borrowed $300K from a Patient and Diagnosed Her with Dementia Years Later
Next
The Laws Behind Protecting Stan Lee's Legacy »