Conflict of Interest: Doctor Borrowed $300K from a Patient and Diagnosed Her with Dementia Years Later

Dr. Suellen Lee gave up her medical license last September when she diagnosed a patient with dementia while the doctor was still repaying her for a long-term loan. The Tennessee Board of Medical Examiners agreed to the 79 year old doctor’s retirement at the recommendation of state attorneys. According to the government, Lee borrowed $300,000 from a patient and then diagnosed her patient with dementia in an effort to escape debt repayment.

Lee now insists she only retired because the state presented her with an unwinnable legal case and that she was set up by her vindictive patient. The patient, known only as “E.W.,” was Lee’s personal friend and had been treated by the doctor for the last 25 years. The case was opened when the patient’s daughter sent Lee’s diagnosis letter to E.W.’s financial company. The letter resulted in the financial company denying E.W. from accessing her assets.

During the initial investigation, Lee told state attorneys she diagnosed E.W. purely “on observation,” without any testing method or second opinion. A psychologist later assessed that she found “no indication of dementia,” from E.W. Lee claims that the state misstated the facts in her case. Lee asserts that the loan had been taken out twenty years ago and that she had been repaying the debt in installments without incident ever since.

Still, Lee signed a consent order and voluntarily retired her license and agreed to pay a fine of $2,000. 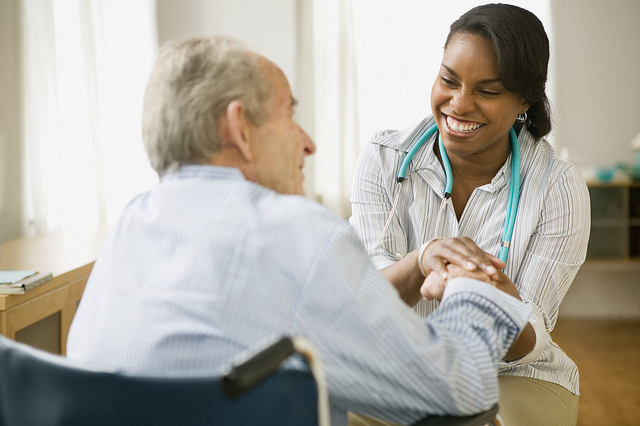 Conflicts of Interest are a Major Breach of Professional Conduct

Lee made a significant error, but the dementia diagnosis was not the mistake. It is possible that E.W. actually had dementia. Persons with dementia may have lucid periods where they are coherent and able to handle their own affairs. A psychologist who determined that E.W. did not have dementia when the psychologist examined her could be as correct in her diagnosis as Lee was when she diagnosed E.W. with dementia.

Many states recognize that dementia patients can be lucid at times. Wills and trusts in various states are valid even if the testator had dementia if the challenger cannot prove that the testator lacked mental capacity on the day he or she executed the will or trust.

Lee could have been correct in her dementia diagnosis, but that is not the important issue in a medical misconduct case. Lee’s mistake was allowing a potential conflict of interest to even exist in the first place. Doctors, like the attorney-client relationship, have a fiduciary duty to their patients.

If anything goes wrong with the surgery, people will be suspicious that the doctor sabotaged the procedure to evade payment, regardless of whether the allegations are actually true or not. Fiduciaries must avoid putting themselves into situations where their judgment could be called into question due to personal interest.

Lee put herself both in a position to profit from her patient’s adverse condition. Lee owed substantial money to a patient she was treating. If E.W. was disabled, there would be a possibility that her successor in interest would be unable to collect on the debt. This automatically cast doubt on Lee’s dementia diagnosis. It doesn’t matter if the debt was over twenty years or that the doctor was making regular payments. If any complication occurred, the doctor’s objectivity would be called into question because of the debt owed.

The dementia diagnosis itself doesn’t matter because even if Lee were completely correct she still committed an ethnical violation. The real mistake Lee made was putting herself in a position where this would be an issue. Lee either should have declined the loan from E.W. twenty years ago or stopped accepting E.W. as a patient after accepting the loan.