Stan Lee, the icon of Marvel Comics, passed away at the age of 95 this November. Under Lee’s leadership, Marvel began as a small comic book company and then grew into a pop culture icon as it release blockbuster movie after blockbuster movie with popular franchises such as the X-Men and the Avengers. Many of the individual movies that Lee’s company produces often earn more than $1 billion dollars globally.

Although Marvel has been successful beyond the wildest dreams of most creators, Lee himself suffered personally during his last years of life. Joan Lee, Stan’s wife of 69 years, passed away in July 2017. Her death was followed by a fight over Lee’s finances and legacy. Stan was estimated to have between $50 million to $70 million in assets at the end.

Lee had sued Jerry Olivarez, a former publicist, for draining his financial accounts. Lee’s attorneys also accused Kenya Morgan of stealing cash and artwork and obtained a restraining order against him. Mr. Morgan denied the charges and claims that Stan’s daughter had Morgan arrested to take sole possession of her father’s inheritance.

The restraining order does not allege that Morgan physically abused Lee, but that Morgan issued the creative genius from associates, friends, and relatives. Isolation is often enough to trigger an allegation of elder abuse as the victim becomes unable to resist undue influence.

For many elderly persons, isolation may result in physical, financial, emotional, and/or sexual abuse. In Lee’s case, isolation was a particular red flag as he already had numerous health and memory problems. 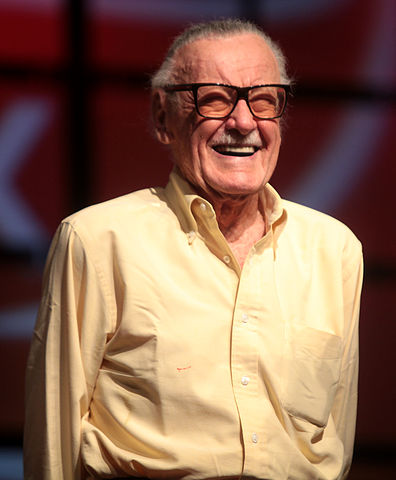 How to Protect Yourself as You Age

As we near the end of life, we lose the ability to manage our own finances and personal affairs.  When this occurs, we need trusted persons to make our financial and healthcare decisions for us.  We can prepare for this situation by granting a trusted person a power of attorney. A power of attorney provides legal authority to a designated agent to act on behalf of another in all financial, medical, and legal matters.

Many states designate the spouse as the power of attorney if an individual is married and unable to manage their own affairs. This protection didn’t help Stan Lee since his wife predeceased him. This made it imperative that Stan create a power of attorney that appointed someone he trusted, such as his daughter, to serve as his power of attorney.

The power of attorney will only trigger when the principal become incapacitated or is determined mentally incapable of making their own decisions. The power is modifiable such that different persons can hold it, though spreading the powers out can make actual decision-making more difficult.

However, probate law uses the same categories that intellectual property law uses. Since copyrights, trademarks, and patents are all different from one another, so are the methods of transfer when the property holder passes away.

Thanks to the Walt Disney Company, copyright protection is the entire duration of the author’s lifetime plus 70 years after their death. Copyrights are safest when passed by will as unprobated copyrights can be terminated by the author and/or his representatives unless it is specifically passed by will.

Trademarks – Trademarks protect distinctive and non-functional designs and other ways of distinguishing goods and services from competitors. Most trademarks exist to protect names of companies and products.

Patents – Patents protect “inventions,” or new and useful processes, machine, manufactures and/or improvements. The invention need not be built, constructed or proven to work Patents must be transferred in writing.

Wills or Trusts should clearly state who owns the patent, who has the right to license it, and who should make payments for it. Like trademarks, the executor or trustee must also file the appropriate paperwork with the respective office – i.e. the U.S. Patent Office.

In many instance, probate protection may depend on how the intellectual property rights were divided between the author and the business he founded or worked for. Many well-known works were granted to the corporation instead of the author. The author’s estate doesn’t have to concern itself with intellectual property because the corporation is the registered owner and will continue to protect the work long after the author is gone.

The most (in) famous example is with Disney’s protection of Mickey Mouse. Walt Disney has been gone for more than a century now and yet Mickey Mouse is still not in the public domain because Walt’s company continues to shield the copyright. Marvel Comics will no doubt have a large interest in Stan Lee’s intellectual property and may follow Disney’s footsteps in preventing others from using its late author’s works.