Three California Laws That the Trump Administration Could Benefit From

With Democrats in control of the House, the Trump Administration will likely be flooded with subpoenas and investigations come January. These investigations are arguably necessary as Republicans have largely ignored the many ethics complaints regarding the President and his staff.

Such allegations include conflicts of interest with foreign nations, violations of anti-nepotism laws, and self-dealing between businesses owned by the President and the federal government. Ex-aides and ex-staff members have come forward with evidence, including audio recordings, that the President has knowingly violated the law. Republicans may soon reap what they have sowed by ignoring the abuses of this administration.

Ironically, California has many laws that would have shielded the President from the scrutiny that is long overdue. These protections are absent at the federal level and it is unlikely that even a lame-duck Republican Congress would pass such laws. If Trump were to move his “Southern White House” from Mar-a-Lago in Florida to California though, he could possibly benefit from the following laws. 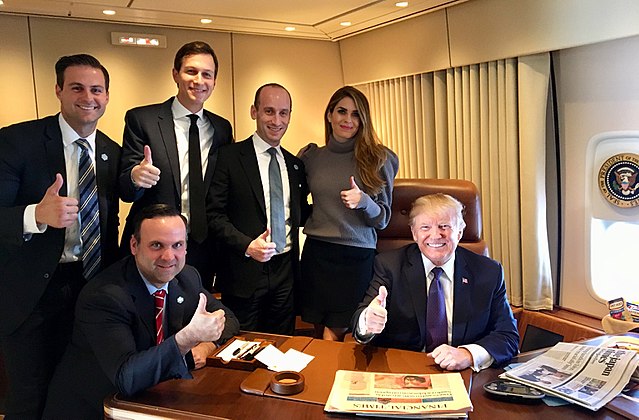 It is a California state misdemeanor for anyone else to disclose them. The California Supreme Court has ruled that this state law also means that tax returns are privileged from discovery during civil lawsuits. If you are sued or suing in a California Civil Court, the opposing side cannot ask for your tax returns.

The tax return privilege doesn’t apply in California civil suits if the person waives the privilege, if tax returns are an essential part of the case (worker’s compensation or any other case involving income), or if shielding the returns would violate another law.

Trump’s refusal to publicly disclose his tax returns has caused many journalists and other concerned citizens to find other ways to obtain his returns. The IRS of course will preserve a citizen’s confidentiality unless commanded otherwise, but civil law suits have always presented a potential shortcut over those defenses.

Former Trump personnel Michael Cohen and Omarosa Newman each made audio recordings of their private conversations with Trump. These recordings will likely be admissible evidence if there are any trials held against him. Both New York state and the District of Columbia are one-way consent jurisdictions.

The tapes that Cohen and Omarosa made of their former boss are legal because they were made in jurisdictions where only one party has to consent to a recording. If the tapes were made in California though, they would not be admissible evidence as they would have been illegally obtained.

The federal Civil Rights Act makes it illegal to discriminate based on certain traits, such as race, nationality, gender, sex, or religion. States may add their own protected traits, but that is the minimum that the law requires. Everyone else may be ejected from an establishment for any other reason.

It is illegal in California to discriminate based on political views, activities, and affiliations. Most of these laws apply to the employer-employee context, but employment laws often overlap with public service laws.

In 2018, many businesses in Virginia and D.C. gained national attention when they refused to serve high profile Trump administration members such as Sarah Huckabee Sanders. Although Republicans complained about the unfair treatment, federal law offers no protection for political discrimination. If these Trump officials had been dining in California though, they could have sued the businesses that threw them out under the state’s political discrimination laws.

To be sure, the coast and urban regions of the state are very liberal. It is likely that a California jury would decide a case against any high profile Trump official regardless of the rights and protections that the state offers to residents.

However, it’s easier to make a case if a law exists in the first place even if one faces a potentially hostile jury. The President should think about how beneficial California’s laws would be for him and his administration the next time he threatens my state’s federal funding…