Governor Jerry Brown signed the California Money Bail Reform Act last week, making California the first state to fully abolish cash bail. Supporters celebrated the creation of a fairer criminal justice system that would not factor in wealth when deciding whether to imprison a suspect prior to trial. The new law will take effect on October 1, 2019.

The previous bail system required that court set a bail amount that the suspect would have to be pay before being released. If the suspect returns on his court date, the money would be returned. Bail amounts are often extraordinary high to encourage the suspect to return, though bail amounts differ based on the exact crime being committed. Of course, there are some crimes so serious that bail is denied entirely.

The problem with the bail system was that some people could afford it more than others. A wealthy suspect could pay his way out and carry on with life until trial. A person who did not have tens or hundreds of thousands of dollars would languish in prison while his job, family, and life were neglected.

The ultimate injustice was that the imprisonment occurred prior to trial. The lower class persons awaiting trial in jail might not even be guilty of the charges, but they were efficiently serving time before any verdict.

The Bail Reform Act does away with the monetary bail system entirely and replaces it with a pretrial assessment system. Suspects will be classified into “low risk,” “medium risk” and “high risk” categories based on whether that suspect is likely to return to court and/or the risk they pose to the public if they were allowed out of jail. High risk suspects would be denied bail while low risk and certain median risk suspects would be required to fill out certain forms prior to release.

However, the Bail Reform Act is vague on exactly what facts would be used to support the conclusion that a suspect is likely to return to court or would pose a risk to the public. Potential factors might include arrest records, appearances in court after receiving a traffic ticket, and scores based on the behavior of those who share similar social profiles. The exact details will be left to the judiciary, which has the option of hiring private assessment companies. 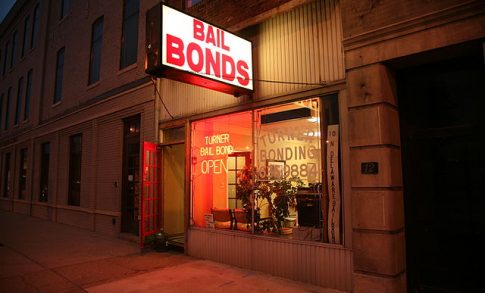 Plugging in the Holes in Our Justice System

The next regime has a variety of critics, including civil rights groups and bail bond companies. The former believe that the new system gives too much power to prosecutors and judges, which may lead to more “incarceration of black, brown and low-income people.”

One of the worst aspects of this new system is that the low/medium/high risk categories are only vaguely defined. The system could easily be altered to produce whatever outcome people in power desire rather than any fair or objective bail assessment. If judges want to throw more people in jail, they can expand the “high risk” factors. Given that some California counties still elect their judges, the new bail system could incentive an even more unjust bail structure than the monetary system it just replaced.

Another major concern is exactly what kind of factors would be used to divide people into these categories. Civil rights groups might object to factors such as arrest and ticket records because if racial minority groups are disproportionally targeted, then they would be more likely to be held without bail later.

However, more concerning would be the use of scores or profiles based on similarities to others. This would be unconstitutional. Defendants are to be judged based on their own acts and merits, not others.

Although the new system has its own share of problems, it is still an improvement over the previous money based system. As the current Manafort trials demonstrate, the wealthy can commit crimes just as well those who have little or no money. Manafort was placed on house arrest after his arraignment.

He was jailed only after he had violated his bail agreement not once, but twice (he was ordered not to speak about his case and the FBI caught him sending text messages to witnesses and writing news editorials for Russian newspapers). Most criminal defendants who can’t afford bail would consider themselves lucky if they could go leave their cells prior to trial. The new “bucket” system might need improvements, but at least it is based on objective standards rather than the amount of cash the suspect has access to.