Paul Manafort and the Return of White Collar Crimes

A jury convicted Paul Manafort, Trump’s former campaign manager, last week on eight charges of tax and bank fraud. The jury deadlocked on the other ten charges of conspiracy. Manafort’s time in court isn’t over. He will face a second trial in Washington D.C. for money laundering, witness tampering, conspiracy against the United States, obstruction of justice, and making false statements to the FBI.

At exactly the same hour, Trump’s former attorney, Michael Cohen, plead guilty to charges of bank fraud, tax evasion, and campaign finance violations. Cohen is testifying that Trump directed him to violate the law. The accusation, if proven true, would make the President himself a felon.

The White House and Republican friendly media have attempted to downplay the charges. Trump’s new personal attorney, Rudy Giuliani said: “It’s a white collar crime, who the heck is in jeopardy, the American public?” The NRA and other GOP organizations have even compared the current investigations to Al Capone.

The suggestion is that law enforcement would bring any charges to bring down their target, even if they can’t prove the crimes that the public suspects them of committing. Time will tell whether comparing the President to an infamous mob boss is a good idea.

There is speculation that Trump may even pardon Manafort, who is currently facing 80 years in prison and more if he is found guilty of more charges in September. Cohen has publicly said through his attorney that he would refuse a pardon if one was offered. 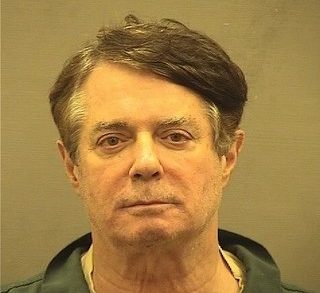 White Collar Crimes are Not a Victimless Crime

Since Robert Muller’s appointment as special counsel in May 2017, the White House has steadily shifted its defense. Notably, the President has spent less time denying that the President is a crook or that there is no evidence to the charges and more time attacking the investigation. August 2018 has unveiled a new White House strategy: arguing that the crimes the President and his associates are accused of are not actually crimes.

Giuliani’s quip about no one being harmed by white-collar crimes couldn’t be more wrong. White collar crime harms institutions, individuals, and even the entire nation. A quick rundown of the while collar crimes that Trump associates are charged with should make it obvious how devastating unprosecuted white collar crimes can be:

Ironically, this is the charge that Republicans should be most outraged at. Tax evasion not only robs government of money necessary to pay important functions, including the military, it harms tax payers as well. If people are not paying their taxes, government will have to raise taxes on those who are paying taxes to make up for the shortfall.

The 2008 subprime mortgage crisis was caused in part by bank fraud from both consumers and bank officials. When attorneys and political campaign managers are engaging in bank fraud, it can cost the American public billions of dollars and hundreds of thousands of homes.

Insider trading is the buying or selling of securities or stocks by one who has access to material nonpublic information. Congressman and other government officials who engage in insider trading are abusing their positions for their own self-interest.

Opportunities that would be given to the public are instead syphoned to people who should be serving the public good instead. The business world analogy would be an associate who receives a business deal from a potential partner.

Instead of informing the employer about the potential deal, the associate enters the deal by himself even though the offer was meant for the employer. Inside trading is an abuse of public trust as the employee is stealing from their employer.

This is the charge for colluding with a foreign country. American officials are supposed to act in the best interests of the nation.

Encouraging Russia to hack the DNC is not only an attack on the Democratic Party (an American institution) and the Americans who support them, it also undermines faith that Republicans will act in the best interests of nation. Lifting sanctions in exchange for the hacking will not only encourage more attacks on Americans, but it also means that our policies are for sale to any country that is willing to pay a high enough price.

Money laundering is the concealment of profits from illegal activities through legitimate activities. For example, a gang might try to hide the fact that it suddenly has hundreds of millions of dollars from cocaine sales by reporting to the IRS that it made that money by selling paintings.

Real estate and art are prime targets for money laundering because large volumes of money are exchanged, often by cash, and the value of the houses or works of art are mostly subjective. Subjectivity makes it difficult for prosecutors to argue the exchange was suspicious because the amount that the property was sold for exceeds its value.

Money laundering is harmful because it obstructs investigations into other crimes. Money laundering allows criminals to engage in all crimes of sinister crimes without detection, including the sale of illegal substances, bribery, blackmail, and sex and human trafficking. Where there is money laundering, worse crimes are sure to follow.