Every single sound recording of a song made before 1972 occupies a special twilight in U.S. copyright law–the entire Beatles discography, much of Marvin Gaye’s work, the Beach Boys, The Supremes, Elvis, you name it. All of these sound recordings have essentially no copyright protection under federal law–the source of nearly all litigation over copyright issues.

For a long time, this meant that radio stations just got off scott free playing recordings of these songs without paying a dime. However, over the last decade or so artists trying to get paid for the use of their songs have turned to something that is almost non-existent at this point beyond this exact issue–state and common law copyright.

Lawsuits along these lines started cropping up several years back against the likes of SiriusXM and Pandora–you may recall Pandora suddenly had a lot less pre-1972 songs to play a few years back and this is a large part of why. Among these many lawsuits was ABS Entertainment suing CBS Radio over playing pre-1972 sound recordings.

However, CBS radio made argument that let them avoid the snafu Pandora and Sirius found themselves in. They argued that the songs in question weren’t the original pre-1972 recordings but rather digital remasters.

As digital remasters, CBS said that they were independent derivative works which got their own copyright protection and–more importantly–were post 1972 works and ABS’ claims were preempted by the federal law on the issue. The district court bought this argument back in 2016 and dismissed the case on summary judgement.

This ruling meant two important things. First, it meant that a digital remaster of a song could get copyright protection. This opened a new potential door for artists and gave rise to the second issue–it opened a loophole to the only real course of action available to artists trying to protect their pre-1972 sound recordings through state copyright law. However, in the last few weeks, the 9th Circuit finally got their hands on the appeal to this case and shut it down hard–determining that these remasters don’t count as their own works.

In to understand this ruling, we need to first to understand how copyright law works when it comes to sound recordings. Once this is cleared up, we’ll look at the case itself and learn why the 9th Circuit–quite properly to be frank–closed this loophole and shut the door on rights for remasters. 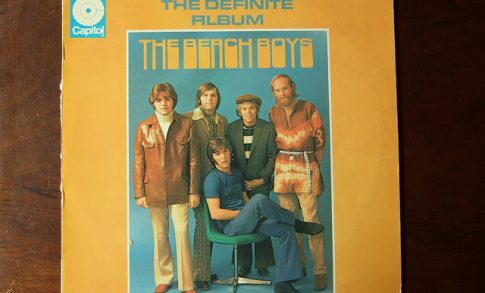 Plain and simple, federal copyright law doesn’t recognize copyright protection for pre-1972 recordings under current law. However, federal law of copyright preempts nearly all state law when it comes to copyright and is generally the order of the day across the nation. Post-1972, sound recordings are handled by compulsory licenses–businesses designed for the purpose such as ASCAP offer mandatory licenses to whoever asks for a set price.

However, this narrow sliver of copyright law when it comes to pre-1972 recordings is still in the hands of the states. The Copyright Act explicitly leaves the issue in the hands of the states until 2067, this means that common law–and actual statutes in a very few states such as California–are still the order of the day. About 5 years ago, lawsuits were brought in states across the nation on just this issue. These have mostly been dismissed at this point, but the California lawsuit the 9th Circuit just revived is an exception to this rule.

In most states the pre-1972 recording issues are just handled under either unfair competition laws or misappropriation (essentially illegal use of property) rules. There are a few with common law copyright rules on the issue. However, under California law on this issue, the authors of pre-1972 sound recordings have exclusive ownership of the songs and can bring state law suits for copyright violation. The California rules on the issue are likely the most robust, so perhaps it’s not surprising this suit has weathered the storm longer than its compatriots.

The 9th Circuit’s recent ruling breathes new life into this case even as it shuts down protection for remasters–both important results. However, they have not really said that the case is a winning one–rather they’ve said that it doesn’t just lose on its face.

The ruling here is ultimately a determination that the district court was wrong to say the case was preempted by federal law because the digital remasters–and essentially any digital remaster–don’t qualify for copyright protection. To qualify for such protection a work must be original, fixed in a tangible medium, and at least minimally creative.

These are honestly low bars, but all quite relevant. The requirement at issue here is originality; the court simply doesn’t by that digitally remastering a work is original enough as compared to the first recording to qualify it for its own protection. It’s more like waxing a car and then saying it’s a whole different car.

To be a copyright protected derivative work something needs to have enough variation to make it distinct from the original. Even if the sound is substantially improved on these remasters the fact that the underlying song is literally identical means, in the 9th Circuit’s eyes, that it doesn’t get independent protection and federal copyright law shouldn’t apply.

The changes need to impact the essential character of the original work before it can be protected–something a cleaned-up note for note remake apparently does not do. Perhaps more importantly, if that’s all it takes to make a new copyrighted work the change kind of eviscerates the protection the original had.

With this ruling on the books, CBS radio is once again staring down ABS’ lawsuit–a class action of musicians. However, they are litigating against a backdrop where the law itself may be changing soon. What’s more, it may be changing in ways which sweep the legs out from under ABS’ case.

What is the Future for Pre-1972 Sound Recordings?

We’ve talked previously about the Music Modernization Act after it received a unanimous vote of support in the House of Representatives. Since this article, the Act has gone from apparent sure thing in the House to a moderately embattled bit of legislation in the Senate.

As the law has undergone more scrutiny it has received more criticisms of its drafting and purpose–Senator Diane Feinstein noted that it redistributed unclaimed royalties to Universal and Warner/Chappell after a mere three years, licensing business SESAC has come out against the idea of making a new group to handle the licensing of digital streaming music when there are existing businesses capable of doing so, and some tech giants such as Google have made their opposition to the bill known. One of the key elements that has been questioned is something that addresses this exact issue of pre-1972 recordings. The MMA incorporates an older failed law known as the CLASSICS Act.

The CLASSICS Act would provide federal law protection to these pre-1972 recordings–extending such protection all the way out to 2067. This is quite an extension, in some cases offering early sound recordings nearly a century and a half of copyright protections, although it is designed to compensate the lack of protection up to this point.

This fact has led to quite a bit of criticism on the law, some arguing that the most that should offered is simply restoring federal sound recording protection to these songs for their natural 70-year duration from release. It’s also led to the introduction of the ACCESS act by a Senator out of Oregon known as Ron Wyden. The ACCESS Act is essentially a directly competing law to the MMA, at least on the CLASSICS Act issue. It doesn’t really serve as a replacement Act, it’s almost more a list of counter-demands and an example of potential changes.

If the MMA is passed, or something similar, federal law will once again reign on this issue and the only real enduring legacy of the case will be a confirmation that remasters aren’t enough to get copyright protection. However, for now, the case has new life. In the next few weeks, we’ll see what ABS does with it.

Previous
« He's Back: Baker from Masterpiece Cakeshop Suing Over Right to Refuse Service to Transgender People
Next
Paul Manafort and the Return of White Collar Crimes »