Introduced a few weeks ago, and already unanimously passed through the House, the Music Modernization Act (MMA) has the potential to be the biggest change in copyright law in the U.S. in many years.

If any law unanimously passing the House with 415 votes today wasn’t impressive enough, the bill also was support from both artists, producers, and essentially everybody in the music industry. With this kind of support, it’s extremely likely we’ll see the MMA pass the Senate, if it hasn’t already by the time this article is published.

With that in mind, let’s look at what will almost certainly be an industry shaking change in the next few weeks. A large part of why the MMA has so much support is that the bill itself represents a compromise of negotiation between music publishers, artists, digital streaming services, song writers, and essentially everybody in the music industry.

There has long been an issue with digital services and music outpacing the law, and that’s what this bill seeks to change–improving royalties for artists in a way that the industry supports. Closing loopholes from the 1970s as applied to digital services and royalties and more. Let’s take a look at the provisions of this monumental–and it is monumental in more ways than one at over 150 pages–piece of legislation.

The Provisions of the Music Modernization Act

The MMA makes several changes to the landscape of the music industry. It reintroduces last July’s CLASSICS (Compensating Legacy Artists for Their Songs, Service, and Important Contributions to Society) Act. The CLASSICS Act, beyond proving that somebody really wanted the bill to spell “classics,” makes any public performance of a sound recording made between January 1, 1923 and February, 15th 1972, when done without permission of the rights holder, an act of copyright infringement.

This includes digital performances and streams of recordings made between 1923 and February of 1972. Digital performances specifically will have the licensee pay 50% of the negotiated royalties to the entity the MMA itself is creating to regulate licensing of digital information–the Mechanical Licensing Collective. This is largely a response to a longstanding loophole in copyright law which has left people free to make digital use of pre-1972 recordings without paying royalties.

The MMA also has a short section which is very close to something known as the AMP Act which was introduced just a few months ago in February. This section provides a means for producers, sound engineers, or sound mixers to receive some of the licensing money for recordings in which they were involved in the creative process–2% for recordings made before November 1995.

The MMA also makes an enormous change to the way digital music is licensed–a section which takes up 120 pages of this 150 page bill. Instead of leaving music streaming services free to offer whatever they want, something which–as we’ll see below–has led to extremely poor payouts for artists, the bill implements a similar licensing (an agreement to allow somebody a limited right to use your intellectual property) scheme to that used for licensing radio, film, and several other music licenses.

The MMA creates, as discussed above, the Mechanical Licensing Collective (MLC) to create a publically accessible database of musical works, along with ownership information for those works. This database will be known as a SoundExchange. Publishers and writers can also claim songs on the database.

The MLC will be forbidden from engaging in any government lobbying activities and its board of directors will consist of ten voting members who represent music publishers, four voting members to represent songwriters, a one non-voting member to represent a few publisher and songwriter trade associations. The MLC will also, and perhaps most importantly, provide compulsory blanket licenses for the right to stream or provide digital downloads of a musical work. 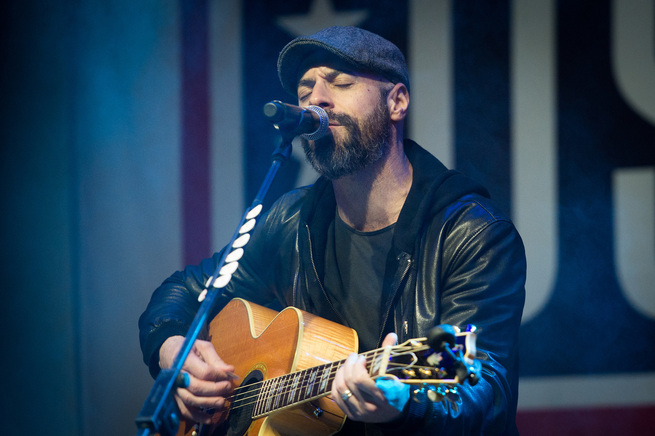 Compulsory Licenses: Changes Under the MMA

To understand the importance of this change to create blanket mechanical licenses, it’s important to understand exactly what both compulsory and blanket licenses are. Compulsory licenses are very much what they sound like, it is a license which cannot be denied by the rights holder–an exception to the usual rule within intellectual property law that a right holder has the exclusive right to negotiate or decline to license to others.

However, this does not mean the rights holder does not get paid for a compulsory license. Instead, a standard payment is set through arbitration or some other form of legal action–usually set be a statue. Blanket licenses are extremely common in licensing for radio, TV, film, etc. Essentially, to put it simply, they allow a license to use a recorded work without limit in return for a periodic payment–usually paid once a year.

Compulsory licenses are required, under Section 115 of the Copyright Act, for non-dramatic musical compositions that have been previously distributed to the public by the authority of the copyright holder. A user of such a recorded work just must provide notice and pay a royalty, failure to provide notice or pay is copyright infringement. These compulsory licenses have their prices set, based on several factors, by organizations such as ASCAP, BMI, and SESAC.

From there, the details get a bit too complicated to fit in this article. However, this is the section of the Copyright Act which the MMA changes to apply to digital streaming and download services. Under current law, these judges are barred from considering things like sound recording royalty rates when setting rates for song writers or composers. The MMA lifts this restriction in the hopes of getting better rates for song writers and composers. The MMA also grants songwriters and publishers a new audit right to their royalties.

Even with all these changes, the blanket licenses to digital music providers is still likely the largest change. Under the Act, a blanket license to distribute digital deliveries of musical works though several means is provided in exchange for monthly reports and royalty payments to MLC. If digital music providers fail to report or misreport a month’s usage for all their licensed recordings, they default on the license.

Why Should Artists Make Less for Digital Versions of Their Songs?

Radio is one play to a large audience, digital is generally one play to one person. The disparity in pay to artists between these two mediums is jaw dropping. Organizations like BMI have carefully crafted royalty rates to compensate artists that vary based on song popularity, classical popularity, type of radio station, and more. Certainly, people on either side may argue that these rates were too high or too low, but with digital streaming services free to set their own rates we saw some truly pathetic offerings.

In 2017, the top paid streaming service for artists was Napster of all things and paid a whopping $0.0169 per stream to unsigned artists and $0.019 per stream to signed artists. This means that if an unsigned artist was streamed 100,000 in a month they’d make a little under $1,700. This is especially rough when songs tend to pass in and out of popularity.

Despite these rates, nearly every streaming service has pled poverty when challenged to increase their offerings. The veracity of these claims has often been questioned, especially for extremely successful services such as Spotify. However, with the MMA in place artists will have the potential to finally start seeing a fair return from these digital streaming services.

The landscape was getting slightly better even earlier this year in terms of digital streaming service payouts, just this January the U.S. Copyright Royalty Board had approved a nearly 50% increase in payouts over the next five years.

This was a substantial move in terms of an already rough situation, but most were quick to say that increasing the current rates by 50% is a poor change given how low they were. The MMA, while only having passed the House, has so much support that it is extremely likely to become law. When it does, it will be an important step forward in compensating artists.