As we’ve seen quite recently in the Stephon Clark shooting, body cam laws can be bastions of public transparency or–in the worst case scenario–obfuscation. However, the conversation around the tragic shooting might be very different if the Sacramento police policies hadn’t required disclosure of the footage.

It’s crucial to know your rights when it comes to accessing body cam footage–either as a subject of that footage or as a member of the public–through federal and state public records laws such as the Freedom of Information Act (FOIA).

It is similarly important to know the obligations of police officers under state laws. However, the laws that are out there change quite a bit from state to state and continue to develop even now. With this in mind, we’re continuing our series on the state by state body cam laws as of today.

As with the previous articles, we’re going to go through the laws of each state alphabetically to help you learn where your state is on the issue. Several states have no laws at all or are in very early stages in creating these laws. For instance, Kentucky only has laws requiring departments to have policies in place if they use cameras. These states are listed in the previous article and will not be discussed here.

If you don’t see your state on the list, it is one of these states. We’ve already covered up to Illinois in previous articles, today we’ll discuss the laws from all the states from Kansas to Minnesota.

Kansas law on the topic of body cameras is fairly limited, but focuses entirely on the accessibility of body cam recordings by the public. Under Kansas law, all body camera recording count as both a criminal investigation record and a public record subject to Kansas’ open records laws.

Even beyond access through open records laws, the recordings bay be viewed by anyone who is the subject of a recording, or their guardian or legal representative. Agencies, however, can charge for these viewings.

Shortly following former-president Obama’s offer of grant money for police departments implementing body cam policies, Louisiana created a Law Enforcement Body Camera Implementation Task Force to make recommendations on policies regarding, lo and behold, body cams. Since its creation, the task force has suggested a few policies and has been re-founded every year. Even this year, it is expected to introduce new policy recommendations.

The current task force recommendations tend to be close to the policies adopted by individual departments. However, at a state level, there has not been too much movement except to limit the release of footage.

Under a 2016 law, Louisiana forbids the release of body cam footage where it would violate a reasonable person’s expectation of privacy. The only way around this is a court order. Requests for production of videos must be specific as to time, date, location, and the people involved. The court sets the costs for producing these videos and the agencies can request these costs up front.

It’s worth noting that Louisiana seems quite likely to see some new legislation on body cams this year. If you live there, it’s worth keeping an eye out for these potential changes. 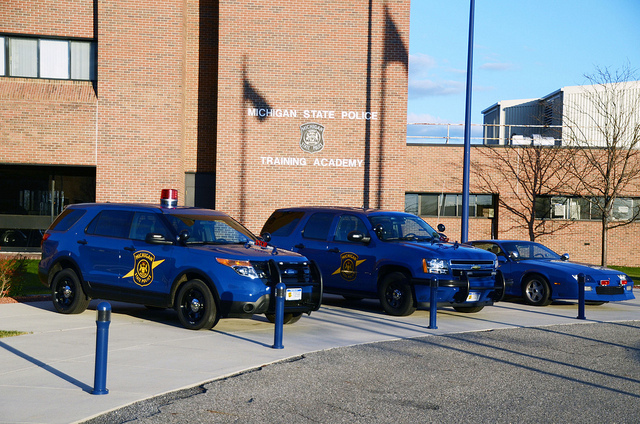 Michigan has quite a bit of law around the use of body-worn cameras. These laws, like the other ones we’ve discussed today, provide exemptions to disclosure and retention rules. In general, Michigan law provides an exemption to production of body cam recordings pursuant to Freedom of Information Act (FOIA) public records rules where they are recorded in a private place, would interfere with law enforcement proceedings, disclose a confidential source, disclose law enforcement investigative techniques or procedures, deprive somebody of a right to a fair trial or impartial adjudication, endanger the life or safety of law enforcement personnel, of disclose information regarding the victim of a crime.

As you can see, this exempts a lot of situations from public disclosure. However, the usual exceptions apply, allowing access to the recordings by the subjects of the video, those damaged by actions to which the recording is related, or the attorney or legal guardian of one of these people.

Law enforcement departments are legally required to have their own additional policies on camera use in place, so it’s worth looking into the rules of your individual department. Agencies can and will charge a fee for giving you body cam recordings.

Under the law, recordings only generally need to be retained for 30 days. If the recording is related to an investigation or legal proceeding, it’s kept until that proceeding is over. Anything related to a formal complaint an officer is kept for 3 years.

Finally, Michigan takes a step a bit unusual among state laws. It makes the absence or inability to produce a recording where there should have been one explicitly not create a presumption against the facts as alleged by the police.

This is interesting as it highlights one of the common issues lacking in body cam recording laws. Apart from destruction of evidence laws such as spoliation, there is not much in the way of evidentiary penalties when the police turn off their cameras or fail to record something they would normally be required to.

Michigan’s law highlights this problem by creating a law that explicitly removes the onus from police to record to support their testimony. Obviously, there is a middle ground here, but Michigan’s unique approach stands out as odd.

Minnesota law, as of 2016, makes most body cam recordings non-public “criminal investigation data” and thus not accessible by public records laws unless they show discharge of a firearm by police or the use of force that results in serious bodily harm.

As criminal investigation data, the recordings are by legal definition not public during the investigation–even if it is inactive–if it could jeopardize any investigation or the identity of a legally protected person. Police can release data as they see fit if they decide it would aid law enforcement, promote public safety, or dispel a widespread rumor or unrest.

Finally, law enforcement themselves can choose to redact the recordings where something is “clearly offensive to common sensibilities.” The police cannot redact the identity or duties of an on-duty police officer unless there are specific legal protections.

The law allows for anybody to bring an action in court, after notice to all known subjects of a video and law enforcement, to either have a video released or prevent its release. The police are required to notify all subjects of a video that are not publically known of such a proceeding.

In deciding these rulings, the court must weigh benefits and harms and consider whether the data is offensive. Under more recent law, from just last year, the courts won’t bar the use of body cam recordings due to the lack of a written transcript.

Law enforcement is required to hold onto body cam data for at least 90 days–a year if the video includes an officer firing a weapon, use of force resulting in serious injury, or if the data is related to a complaint filed against an officer. Subjects of the videos can request 180-day extensions to this retention time and the police need to tell these subjects when the data is being destroyed.

Each individual department using body cams is required by Minnesota law to have their own written policies on everything from access standards to giving people notice they are being recorded to policies for rules violations and more.

Thus, it’s very important to know the rules of your local department in Minnesota. These policies are required to have a period for public comment. All agencies are also required to maintain and report records a number of body cam reporting statistics. There are also limitations on sharing of body cam footage between departments.

Law enforcement agencies in Minnesota are also one of the few that have state mandated civil penalties for accidental or willful disclosure of body cam data where it should have been private. There are no state level penalties for not disclosing or recording when law or policy would require.

However, there are required audits of law enforcement use of body cams through independent auditors every other year. The audit results are available to the public.

If you haven’t seen your state in the articles thus far, you’re sure to see it soon! We’re going to go through all 50 states laws. We’ll be starting the next article with Kansas. Keep an eye out, and know your rights.