Our ongoing series on state by state laws regarding police use of body cam will continue today in an effort to ensure everybody knows both their rights and the responsibilities of police officers when it comes to body cams and their footage.

As we’ve mentioned several times already, the conversation around the shooting of Stephon Clark would be very different if the Sacramento Police Department hadn’t released the footage as required under their policies. Knowing the responsibilities of the police and how and when you can this footage is something crucial for every U.S. citizen.

As with the previous articles, we’re going to go through the laws of each state alphabetically to help you learn where your state is on the issue. Several states have no laws at all or are in very early stages in creating these laws. For instance, Kentucky only has laws requiring departments to have policies in place if they use cameras.

These states are listed in the previous articles and will not be discussed here. If you don’t see your state on the list, it is one of these states. It is also common to see body cam laws include rules circumventing a state’s usual eavesdropping laws, we will not be discussing these elements of the laws.

However, if you have rules on this issue in your state-and most states do-you can essentially assume there is a loophole for police body cams if there is nearly any body cam law whatsoever. We’ve already covered up to Illinois in previous articles, today we’ll discuss the laws from all the states from Missouri to Oklahoma.

Missouri law focuses almost exclusively on who can gain access to recorded police body cam footage and when. Any video recorded by a police body cam, in a non-public place, is confidential unless requested by a person in the video or their close relatives.

Otherwise, access to video data requires an action in circuit court weighing the benefits of releasing the video against the public harm as well as harm to the law enforcement agency that made the recording and its officers.

This last consideration is a bit odd, it certainly incorporates considerations revolving around compromising ongoing investigations. However, considering the wellbeing of the law enforcement agency and officers itself is a bit of a vague concept.

The court also considers whether the information within the video reveals private matters which the public is not concerned about or should shame the recorded person where there is an expectation of privacy–such as a recording taken in a home.

After the release of a recording made in a non-public place, the person receiving it cannot describe or display the recording without notice to all non-law enforcement personnel in the video. After this notice, the people in the video 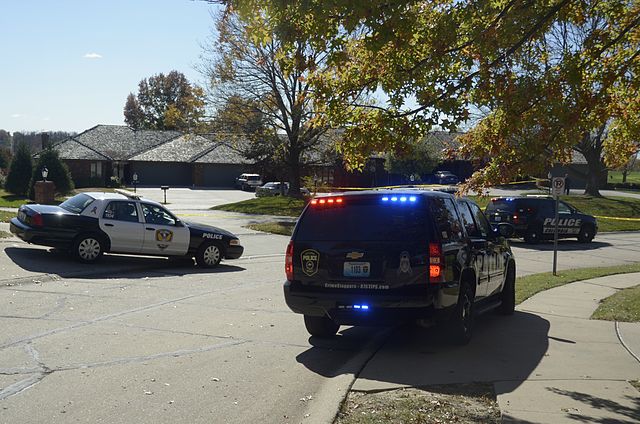 have 10 days to file a court order to stop the display or description of the video. Failure to comply with the notice requirement is punishable by a civil action.

Nevada is one of the earlier adopters of body cam laws with its first two laws on the subject coming in 2015. These initial laws covered both required police policies for use of body cams, punishments for failure to follow these policies, and public access to the footage.

In fact, these two early laws cover most of legislative discussion of the issue–the only exception is a 2017 law which expanded the list of law enforcement agencies who had to have their officers where body cams and adopt individual body cam policies beyond just highway patrol. If you live in Nevada, it’s likely worth looking into the policies of your local police department.

The public can request footage from body recordings, but only on a per incident basis. However, the retention periods required for recorded footage is minimal–only 15 days for some types of footage

Police in New Hampshire have several requirements in how they must conduct themselves regarding body cams. They need to provide notice, where practicable, to the person being recorded that the recording is happening.

They also need to provide the subjects of a recording a copy of that recording upon request. Individual police departments are required to develop their own policies and procedures for use. Their cameras must be activated when arriving at a call for service, or they are engaging in police activity. If the camera is not activated the officer must document the reason for doing so.

Citizens can sometimes decline to be recorded, and the officer must notify them of that option. The cameras can’t be used in some situations such as conversations with other police personnel, while the law enforcement officer is on break, with individuals acting as informants or in an undercover capacity, during intimate searches, interviews with crime victims, while on school grounds (unless there is a threat to life), or if the camera’s electrostatic interference could impact an explosive device. Officers are forbidden from tampering with the body cams or their footage.

The footage itself is stored for at least 30 days but no more than 180 days. There are some exceptions to this, the footage must be kept for three years if the recording captures: deadly force; the discharge of a firearm; death or serious injury; a complaint has been filed with a police department regarding the recorded incident, the footage is being retained for an ongoing case or disciplinary action.

However, most importantly for a member of the public looking to access a recording, the laws exempt body cam recordings from New Hampshire’s open records laws unless the recording depicts a situation where the police use force, the police discharge a firearm, or they engage in a situation that leads to a felony level arrest.

North Carolina was another early body cam adopter, with initial laws appropriating funds for a program in 2015. Since then, law on the body cam issue has focused almost entirely on public access to the footage from a police body cam.

The body-cam recordings are not public or personnel records under North Carolina law–drastically limiting public access to this footage under usual open records means. In order to request footage, the request must be made in writing to the head of the law enforcement agency which took the footage, be made by a person whose voice or image is in the recording or their representative and include the exact date and approximate time of the recorded incident.

Even after all this is done, the law enforcement agency still has the option of releasing the video or just notifying the requestor that they won’t give the video to them. The police can and do charge for such a release.

Otherwise, any release of body cam footage requires a court order after a court considers the balance of interest in the recording against potential harms. On release, the law enforcement agency and the specific officer who took the footage is notified of the release along with the District Attorney. The videos are also required to be released so that a district attorney can: review potential criminal charges; comply with discovery requirements; or review potential criminal charges.

All law enforcement agencies are required to have policies for body cam use in place, it’s worth looking at your local department’s policies or the policies of their overarching agency. Recordings are generally maintained pursuant to rules and policies of the North Carolina Department of Natural and Cultural Resources, Division of Archives and Records.

The law on body cams in North Dakota, and I say law because there’s only one, is simple. Any bodycam recording made in a private place is exempt from North Dakota open records law and cannot be accessed by the public under the North Dakota FOIA equivalent.

Oklahoma takes an opposite approach to several the states we’ve discussed today–actively classifying body cam footage as records under their open records laws. This allows easier access to police recordings on the part of the public.

However, the law also has situations where the videos need to be redacted before release such as videos which show the death of a person or a dead body, nudity, reveal the identity of people younger than 16 years old, undermine juvenile records confidentiality, depict acts of violence or bodily injury, displays of non-public medical information, mental health information, drug treatment, or personal information of a person not being arrested, charged or cited.

There are also redaction requirements for victims of sex crimes or domestic violence as well as police informants or anything that would undermine an ongoing investigation. The exception to the redaction rule for death of a person and the acts of violence exception is the death is caused by or violence committed by the police.

Any footage which depicts any of the following is clearly public under Oklahoma law: the use of force by police; pursuits; traffic stops; any citation, arrest or written warning; events that led to a person being cited, arrested, or warned; detentions; any action by an officer that deprives a person of their liberty; actions by an officer that led to an investigation or charges being filed and any recordings in the public interest of making sure officers are appropriately performing their duties.

The most recent Oklahoma laws on the topic require most records to be maintained for a whopping seven years. However, for body cam recordings that depict anything short of an officer-involved shooting, a use of lethal force, incidents involving medical treatment, or somebody actively applies for preservation of a recording of a specific event, the body cam recordings only need to be kept for a single year.

If you haven’t seen your state in the articles thus far, you’re sure to see it soon! We’re going to go through all 50 states laws. We’ll be starting the next article with Oregon and finishing out the rest of the states. Keep an eye out and know your rights.