Individual camera policies can change from department to department. However, most of states have laws on how police body cameras, and their footage, is handled. If it weren’t for the release of footage in the Stephon Clark shooting recently, we may have a much different story of what occurred that day.

However, the availability of that footage has allowed a completely honest conversation about a black man shot in his grandmother’s backyard after a rose gold cell phone was apparently mistaken for a gun in the dark.

In the last few years, especially after the introduction of the Body Worn Camera Pilot Implementation Program by former-President Obama in 2014, there has been quite a bit of legislation on the rules regarding body cams in any given state.

It’s crucial that people know where their state is on these programs. If a loved one is involved in an incident with the police, you may be able to access the recording of that incident–the department in question may even be required to distribute that recording as the Sacramento department was in Stephon Clark’s case. 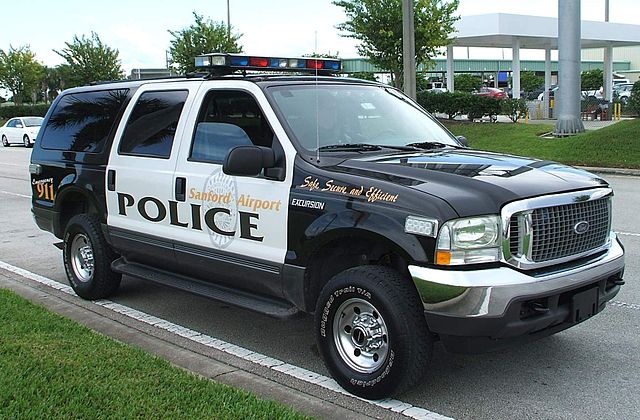 We’ve already discussed how Sacramento’s body cam policies came into play in the shooting of Stephon Clark. However, we’ve yet to discuss how those types of policies may apply more directly to you. With that in mind, let’s look at the state by state laws on body cams.

We’ll go alphabetically through each state that has laws on body cams so you can easily find a brief summary of the laws in your own state. By necessity, this is going to be a lot of information, it may be best to just scroll down to the states that apply to you and give it a read.

There are several states–such as New York—that have no rules on body cam usage, requiring them or regulating them, on a state level. If you don’t find your state in the list, you live in a state where this is the case.

There are also a few states which have passed laws requiring body cam policies be put together in the future–Arizona, Vermont, Kentucky, Maryland, Massachusetts, Nebraska, Delaware, Colorado, and South Carolina. Many of these states have posted online recommendations, but no other laws on the books. It is a good bet that many department policies are close to mirroring these recommendations.

However, you should look to your local department policies if you live in one of these states. Some, such as New Jersey, have appropriated funds for a body cam program but haven’t gone much further. We won’t be discussing these today either, but if you live in one of these states it’s worth knowing whether there will be new rules soon. With all this being said, let’s get started with the laws! There’s a lot to cover here, so today will go over Arkansas to Florida.

Arkansas body cam laws at this point focus primarily on when the public can view body cam records through methods such as a Freedom of Information Act (FOIA) request–a common means for the public to gain access to government records.

Under Arkansas law, any records that show the death of a law enforcement officer are exempt from disclosure in all their forms–including body cam footage. The only way to get these records is a court order after a showing of good cause to a judge. These records are still available through the usual discovery means in a trial.

California has quite a bit of law on how body cameras for police are handled. As of 2015, they’ve been requiring each individual police department and highway patrol to put together best practices and rules for using body cams and storing their data. The laws place special emphasis on a requirement all information be kept for 60 days and recordings with potential evidentiary value be kept at least two years. All the usual evidentiary chain rules apply to storing body cam footage. California law also forbids unauthorized access to this data and, for some reason, uploading the footage to social media.

In 2016, they added some additional rules for these body cam policies including designating somebody specifically responsible for downloading and storing recorded data, categorizing data for easy access, creating safeguards against tampering or deletion, and even more details on where and how long the data is to be stored.

Just last year, California some additional steps to limit the release of body cam videos under the California analog to FOIA–the California Public Records Act. However, they only did this in situations where a recording–video or audio–portrays rape, incest, sexual assault, domestic violence, or child abuse that depicts the face, intimate body part, or voice of a victim of the incident depicted in the recording. But, law enforcement is still required to justify withholding the recording and can’t prevent the video from being viewed by the victim in the video if they request it.

Connecticut, much like California, start putting together body cam requirements in 2015 after the federal grants were offered the year prior–their original law required standards and policies in place for the use of body cams within the state and, as of July 1, 2016, required all police officers to wear the cameras while interacting with the public. The camera’s must be worn on the outermost garment on the upper half of an officer’s torso.

However, this original law went much further than most other similar laws at the time. Law officers are forbidden from editing, erasing, copying, sharing, deleting, altering or distributing without authorization any footage taken by the body cam. They are, however, allowed to review the footage in preparing their reports or preparing to give testimony in a case. If the review is for testimony, they must do it in the presence of an attorney or union representative.

The body cams also are not allowed to be used when speaking with undercover officers or informants, on break, during medical or psych evaluations unless there is crime occurring in a hospital or similar setting. The laws also public disclosure of scenes with domestic or sexual abuse, homicide, suicide, or death by accident if it would be an unwarranted invasion of personal privacy. This policy was partially amended in 2016 to bar FOIA requests of recordings unreasonably invading the privacy of a minor without the permission of that minor’s guardians.

The body cams must have all damage and malfunctions swiftly reported and must be frequently inspected for functionality.

Even more recently, Connecticut has designated a task force to overhaul their body cam laws and policies. This means that there likely be substantial updates to these laws either this year or next year.

Just like the last two, Florida put its first laws together in 2015. However, it’s original rules were focused almost entirely on when the recordings would be available under their state open records laws. Body cam footage in Florida can’t be released under public records rules if it depicts the inside of a person’s residence, a medical facility, or any area most people would consider private–such as a dressing room. In 2016, an additional exemption was created for the killing of a person or on duty law officer.

The flip side to the initial law made in 2015 was setting standards for when police must release body cam footage–or more specifically who they must share it with. For instance, they are required to share recordings with the subjects of the recordings. Courts are given some direction as to when to allow the release of body cam footage, specifically looking at how sensitive or personal the recording is and considering the privacy interests of the subject of the video.

Later laws acquired funds for widespread use of the cameras and training. They also required each individual law enforcement agency to supplement the laws in place with use polices.

Most recently, Florida has expanded officer access to the videos from body cams. Officers are now allowed to review recorded footage before writing a report or providing a statement regarding recorded events. They are not required to be supervised during this review.

As you can see, there’s a lot to cover given how many states have these sorts of laws. That being said, it’s worth knowing the responsibilities and obligations of the police as well as your own rights. Keep an eye out for the next set of states, we’ll be starting with Georgia.

Previous
« Waterpark Co-Owner Charged With Reckless Murder In Connection With Boy's Death on Ride
Next
Police Body Cam Laws Around the Country Part 2: Georgia to Indiana »