The Supreme Court ruled in an unanimous decision that three Muslim men who were placed on the federal government’s “no-fly list” for refusing to serve as FBI terrorism informants. authored Justice Thomas, writing for the Court, stated that Muhammad Tanvir, Jameel Algibhah and Naveed Shinwari may sue individual FBI agents for money damages under a federal law protecting religious exercise. Justice Amy Barrett did not take part in the case as oral arguments were heard prior to her confirmation.

Tanvir, Algibhah and Shinwari stated that the FBI told them that they could only be removed from the government’s no-fly list if they “served as government spies in their religious communities.” The men alleged they were approached by FBI agents and coercive efforts were made to convince the men to provide information about other Muslims. All three answered the FBI’s questions truthfully, but none of them wanted to serve as informants because they believed it was against their religious faith.

The FBI agents refused to accept “no” as an answer. Instead, the FBI attempted a number of means to obtain their cooperation. The special agents threatened them with deportation and arrest. When that didn’t work, the agents made financial incentives and offered to assistance with family member immigration into the country. The men were eventually added to the notorious “no-fly list” as part of this coercion campaign.

All three of them were removed from the list after they filed a lawsuit against the federal government. However, they continued to press for monetary compensation, as their brief stint on the no-fly list had inhibited them from visiting loved ones, starting new jobs, and even stranding them overseas without a means of returning home.

The no-fly list is overseen by the FBI and includes more than 80,000 names in the wake of the 9/11 attacks. Anyone on the list is prohibited from traveling to, from, or over the United States, and are banned from traveling by aircraft.

The Slippery Slope of Religious Exemptions 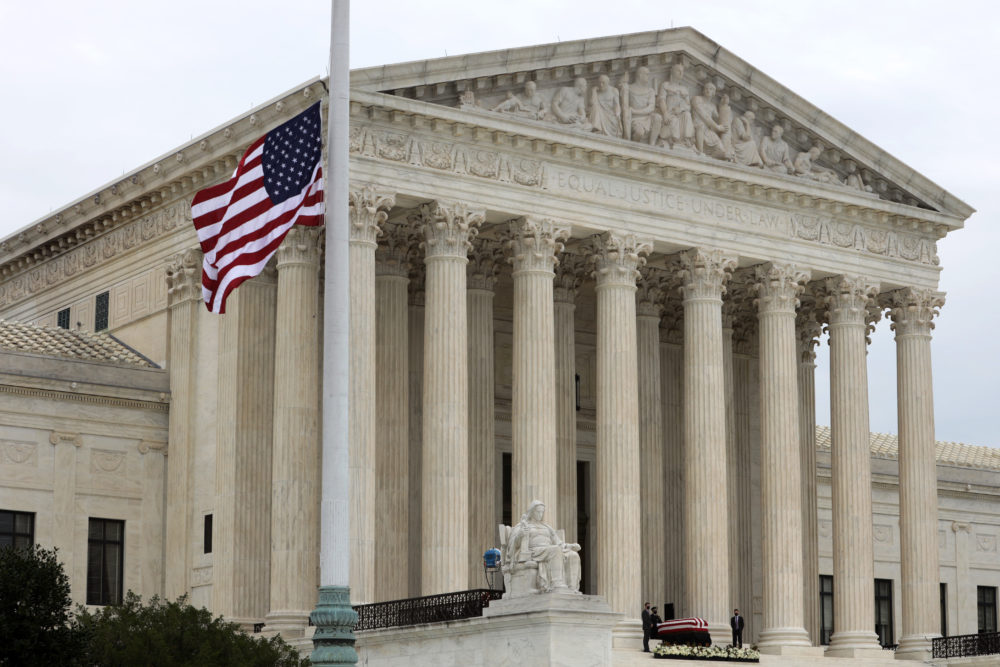 The Court’s ruling is a big win in scaling back the abuses of the federal government in the name of national security after 9/11. The courts greatly deferred to government agencies in the name of stopping terrorism. As the case above illustrates though, these newfound powers were ripe for abuse, even if they served the best of intentions.

However, the Court’s ruling here is overbroad. If any individual can sue individual agents for religious discrimination, the door is arguably open for all kinds of claims that will not be easily predictable. For instance, could megachurch pastors sue court clerks for granting marriage certificates to homosexual couples? Or what if the parents of a teenager sue a doctor for performing an abortion on religious grounds? Perhaps a revered at a black church could sue individual police officers for killing a member of his church. The door is open for more lawsuits based on religious grounds rather than more concrete claims available to all Americans.

The No-Fly List is and has been problematic since its inception after 9/11. The purposes behind it are understandable – terrorists can’t hijack planes if they can’t get onboard an aircraft. However, herein lies the issue: who is a terrorist?

The simplest answer is the illegal one – Muslims. Merely banning all Muslims from aircraft is profanely unconstitutional as such an action would violate both the equal protection clause and the freedom of religion clause. However, the federal government has seemly used the No-Fly List at random, often without verifying the identity of the persons they are banning from entering an aircraft.

For instance, numerous children under the age of five have been forbidden from flying because they were allegedly on the list. US Marines and other members of the military have been arbitrarily placed on the list. Even Senator Ted Kennedy and Representative Don Young have been mistakenly added to the No-Fly List.

Senator Kennedy appealed his addition to the No-Fly List directly to the Secretary of Homeland Security and it still took him three weeks to get it reversed. Ordinarily Americans are undeniably burdened if they are accidently added to the list. There is no due process for the FBI or the federal government prior to adding a name – there’s no trial, no hearing, and not even written notice prior to purchasing a plane ticket. This is grossly unfair and unconstitutional regardless of whether one is a Christian, Muslim, or even an Atheist.

There are clearly due process issues with the No-Fly List. The due process problems alone are enough for a court to declare the No-Fly List unconstitutional without engaging in the dubious debate of potential religious exceptions run amok. We should not treat religious acolytes worse than average citizens, but neither should we treat them any better than an ordinary American.

If you believe your name is on the No Fly List, you should contact a criminal defense attorney. It can be very difficult to remove your name from the list, especially without representation. An attorney can assist you in challenging the situation and recover monetary damages.