On December 8, 2020, police raided the home of Rebekah Jones, a former state data scientist. Florida law enforcement searched her home at 8:30am in the morning with weapons drawn as they carried out a warrant as part of an investigation into an unauthorized message into a state communications system. Jones alleges that her two young children were also home during the raid.

A Florida state judge newly appointed by Florida Gov. Ron DeSantis authorized the search warrant as investigators sought to learn who sent chat messages to a planning group on an emergency alert platform, urging people to speak out publicly about Florida’s coronavirus strategies. The message stated, “it’s time to speak up before another 17,000 people are dead. You know this is wrong. You don’t have to be a part of this. Be a hero. Speak out before it’s too late.”

Commissioner Rick Swearingen denies that weapons were pointed at anyone in the home. The Commissioner also alleges that Jones hung up on agents who called her ahead of time about the pending search and that Jones refused to answer her door when agents arrived. Jones accuses state authorities of raiding her home in retaliation for her criticisms of how Florida has handled the pandemic.

Jones was allegedly fired from her job at the Florida Department of Health in May 2020 for refusing requests to manipulate data to suggest Florida was ready to ease Covid-19 restrictions. Jones was involved with creating the state’s Covid-19 dashboard. Florida Gov. Ron DeStantis’ office stated that Jones “exhibited a repeated course of insubordination during her time with the department.”

Jones has responded by filing a lawsuit alleging that police obtained a “sham” search warrant to retaliation against her. Jones had previously filed a whistleblower complaint in July 2020 with the Florida Commission on Human Relations. Commissioner Swearingen, himself a defendant in the suit, said FDLE agents acted properly when they executed the search warrant.

A misdemeanor criminal stalking case against the self-described whistleblower at the center of a politically charged dispute over Florida’s COVID-19 disclosures will continue into August, a circuit judge in Tallahassee ruled Wednesday.

Rebekah Jones had also been charged in July 2019 with stalking a former boyfriend. Police said she published a 68-page document online discussing private details of her relationship with her former boyfriend, including explicit texts and nude photographs, and shared the link with him.

The two allegedly had sex in a classroom in 2017 when Jones was his married professor at Florida State University. The man claims she was fired from the university after threatening to give a failing grade to his roommate as revenge, he said.

Two Wrongs Do Not Make a Right 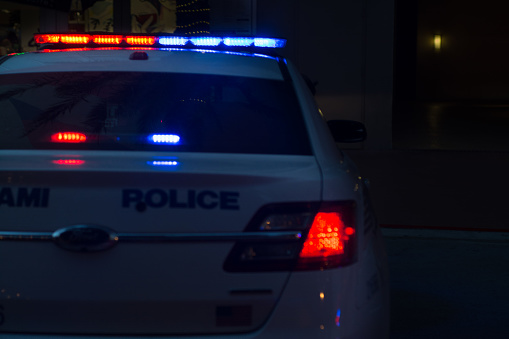 Both can be true – Jones may have engaged in an unethical sexual relationship with a prior student and stalked him thereafter, and the state of Florida may have illegally retaliated against her in violation of her First and Fourth Amendment rights. If Jones did stalk her former student, then she should be appropriately charged and punished. If the state violated her rights, she should be compensated for the wrongs perpetuated against her.

The reason for the search on Jones’ home is in and of itself rather odd. The alleged crime was that Jones had illegally accessed state servers to put out a system wide message. However, the substance of the message itself – “it’s time to speak up before another 17,000 people are dead…” – cannot be a justification for the search. If Jones’ home was searched because of the context of her message, than that would be a First Amendment violation.

However, the underlying offense itself doesn’t seem to warrant an armed search of Jones’ home. Putting up unsolicited messages may eventually lead to more serious breaches down the road, but the act of posting a message in question seems very benign to invite this type of police raid. Jones wasn’t accused of murder, terrorism, or espionage – she wasn’t even arrested – but the police acted as though they were prepared to face Osama bin Laden himself. The police response was out of proportion to the actual threat they faced, a disturbing reoccurrence after the George Floyd protests and riots earlier this summer.

Finally, this may also be a case of mistaken identity. Jones’ lawsuit states that the username and password for the system of the message that triggered the investigation was publicly available on the health department’s own website. Any number of unknown persons could have copy and pasted the username and password to “hack” into the system and put out the message. The probable cause behind the warrant seems especially flimsy if the entire planet could have entered the system at any time.

Do I Need a Lawyer if I Have Any Issues Regarding Search Warrants?

Illegal searches and search warrants can greatly impact a criminal case. If you’re facing any such issues, a skilled criminal defense attorney will be able to determine whether the police followed the proper procedure in conducting a search. The attorney can also determine whether any of your constitutional rights were violated.

Previous
« Supreme Court Should Have Permitted Men on No-Fly List to Sue FBI Based on Due Process Rather than Religious Discrimination
Next
Were Tyson Food Manager Covid-19 Betting Pools Evidence of Callous Work Culture? »