Tyson Foods was sued by several deceased employees for wrongful death claims after news broke that managers at an Iowa Tyson Foods placed bets on how many workers would become infected with coronavirus as the outbreak raged through the plant this spring. The lawsuit claims that management displayed “wanton disregard” for the life of its workers at the plant. Tyson has denied the allegations and claims that worker safety is a top priority.

One of the managers, Don Merschbrock, recently told the press that the betting pool was merely a fun game, “kind of a morale boost” and was not intended to be malicious. However, county officials said that more than 1,000 workers tested positive for the virus, which hospitalized several workers and killed at least six. The county has also criticized Tyson for not providing workers adequate protective gear early enough and for closing the plant only after the outbreak had ripped through the city. However, Tyson had been under an executive order to keep its plants open to maintain the nation’s food supply.

Lawyers for the estates of four dead workers have argued that the betting pool is an example of the company’s culture toward health and safety. The estates allege that managers downplayed the severity of the virus and encouraged employees to work while infected with the virus. 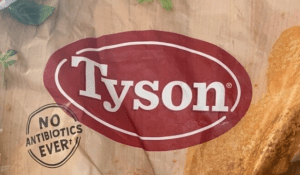 This negligence is the underlying claim to the Tyson wrongful death claims. While the betting pools are potentially evidence that management knew about the hazards and attempted to make light about such hazards, they are not evidence in and of themselves that Tyson had done anything wrong. Instead, the betting pools are examples of the culture and work environment at the plant. To prevail, the plaintiffs here would have to prove that Tyson’s managers had the means to protect the workers and failed to protect them in some manner.

For instance, maybe managers had access to masks but refused or failed to obtain them. Perhaps management disregarded safety protocols regarding social distancing. Or maybe management failed to enforce rules regarding washing hands after handling product. The estates must show that management actually failed to live up to their responsibilities rather than rely on displays of callousness, even if the latter are more shocking and make for better media headlines.

The creation of a betting pool is an intentional act that may be a means of profiting from the deaths of employees. Such monetary incentives may encourage management not to take appropriate action to prevent further deaths. Merschbrock may also be correct that the betting pools were not intended to harm anyone –at best they may be viewed as black comedy about the situation. However, management are not passive observers and they were suppose to take action to protect workers. Engaging in prolonged actions as a joke seems especially callous when people are dying.

Do I Need a Lawyer to File a Claim for a Hostile Work Environment?